Singh says investing in transit and cycling infrastructure is proactive in reducing carbon emissions, as well as the amount of time Canadians spend stuck in traffic. 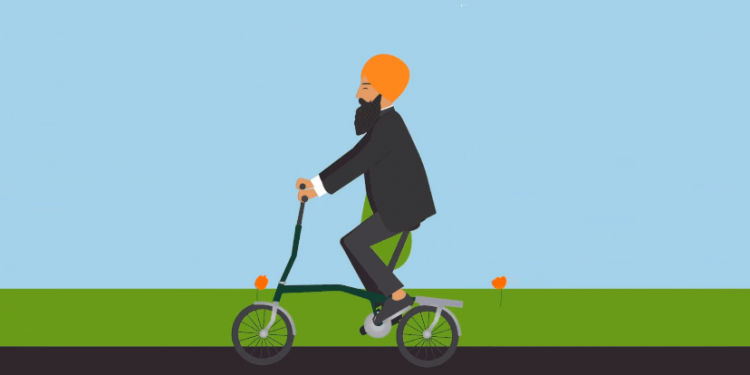 Jagmeet loves bikes, he’d be the first to tell you. So when Singh announced that he wants to make cycling safer for Canadians with a new national strategy, it should come as no surprise.

Yesterday night, Singh led a two-wheeled tour around Ottawa’s city core with a number of other NDP candidates.

Singh says investing in transit and cycling infrastructure is proactive in reducing carbon emissions, as well as the amount of time Canadians spend stuck in traffic.

According to CTV, NDP MP Gord Johns has “a private member’s bill before Parliament to establish a national cycling strategy that would commit Ottawa to set targets for expanding cycling infrastructure.”

This has been a point of pride for Singh, as he has had a cycling strategy in his playbook since he started running for the 2017 NDP Leadership position.

“We’re determined to make it easier and safer to ride,” said Singh in a tweet before heading out on his tour of downtown Ottawa, kicking off at a bike shop in the Parliamentary district.

According to a study by INRIX, Toronto residents spent roughly a weeks worth of time stuck in traffic annually. Montreal residents spend around six days, while those out West in Vancouver spend more than four days.

Statistics Canada data says about 7,500 cyclists are injured in Canada every year.