Project Veritas founder James O'Keefe is plotting revenge on the media giants, telling the New York Post that he plans to sue both CNN and Twitter. 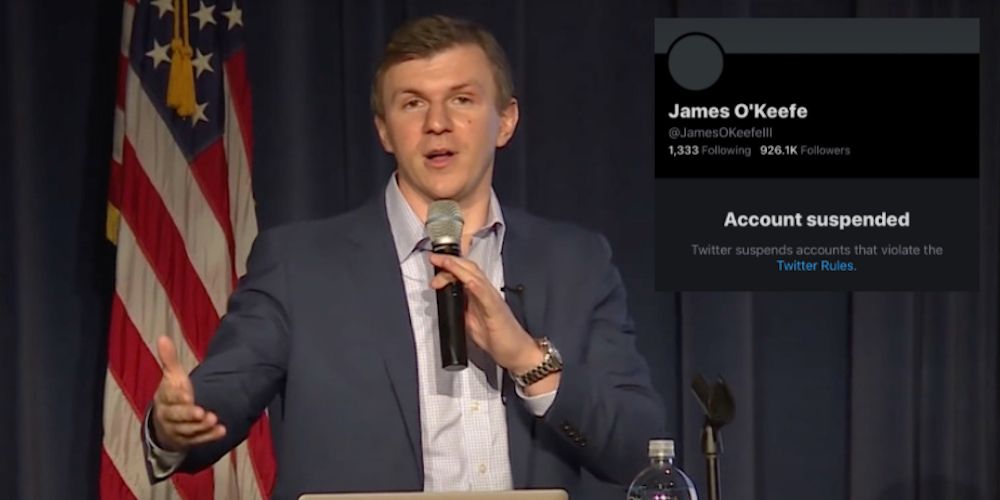 Project Veritas founder James O'Keefe is plotting revenge on the media giants, telling the New York Post that he plans to sue both CNN and Twitter.

According to the New York Post, Twitter claimed O'Keefe was permanently banned from their platform "because he allegedly used multiple fake accounts to boost his following and tried to 'artificially amplify or disrupt conversations through the use of multiple accounts'.”

O'Keefe denies all allegations of such actions. He suggests that the ban was enacted in response to the bombshell video he released on Wednesday wherein CNN director Charles Chester can be heard confirming that the network was essentially a propaganda outlet.

The New York Post reports that O'Keefe saw the CNN video as "the most devastating material in Project Veritas history", stating that, "It showed the nucleus, the heart and soul of what’s wrong with the media. Chester was proud of the fact that fear and propaganda sell. He was bragging about [it]”.

Media censorship is running rampant in the United States, with tech giants working together to suppress particular ideas and stories that they have deemed threatening to their narrative.

Project Veritas is at the forefront of combatting censorship. O'Keefe filed suit against The New York Times last year after the paper labeled Project Veritas' coverage of Rep. Ilhan Omar as "deceptive and probably part of a coordinated disinformation campaign". A state Supreme Court denied the Times' request to dismiss the case, a massive win for O'Keefe.