"The average Orthodox Jew spends up to 20 hours a week in shul (synagogue). So, for us, not being able to be protected in shul means more than the average person who goes to church once a week." 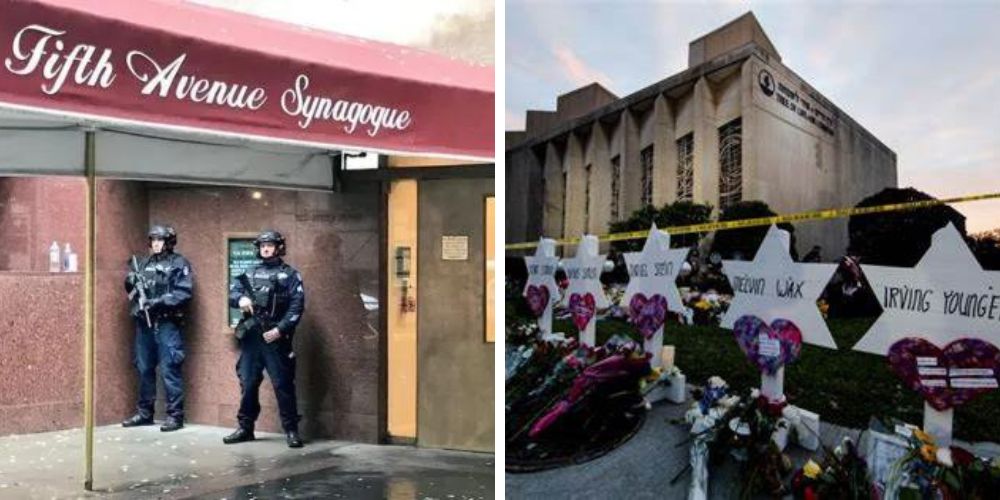 Jewish groups in New York are concerned that the Empire State’s new ban on firearms in "sensitive places" will put congregants at risk.

Tzvi Waldman, the founder of the New York State Jewish Gun Club, told News 12 that the provision in the state’s pistol permit law "is going to create more disaster," adding, "We should be able to protect ourselves."

The law was passed by the state legislature in July in response to a June decision by the US Supreme Court that struck down a law regulating gun ownership in the state. The new law went into effect last week and is drawing multiple legal challenges, with opponents arguing it puts too many restrictions on where people have a right to carry guns.

Waldman's club has retained a civil rights attorney and is among those challenging the law. He says synagogues should be able to let licensed civilians carry firearms in case of an attack. He told the outlet, "The average Orthodox Jew spends up to 20 hours a week in shul (synagogue). So, for us, not being able to be protected in shul means more than the average person who goes to church once a week."

In New York and surrounding states, there have been multiple attacks on Jewish institutions in the past few years. In 2018, 11 people were killed in a shooting inside a Pittsburgh synagogue shooting and in 2019, one person was killed and four others were injured during a stabbing attack at the home of a Monsey rabbi during a Hanukkah party.

Additionally, antisemitic attacks in New York are at the highest level they have been in decades.

Waldman noted that larger houses of worship would likely be able to arrange and pay for private security but is still concerned about the smaller institutions being able to afford the added expense.

Pastor Jesse Stevenson of Revive Church of Rockland County, shared some of Waldman's concerns and told News 12, "What happens if we run into a police officer who does not want to involve himself?" he asked referencing the school shooting in Uvalde, Texas. "Why then would it not be necessary for someone who is licensed to carry?"

The Department of Criminal Justice Services told the outlet, "Houses of worship in New York have always been able to work with law enforcement, security guards and other certified armed personnel to keep their communities safe, and under the new concealed carry law, that will continue to be the case."

Several state lawmakers who voted for the law did not respond to the outlet’s questions on the "sensitive places" provision as it relates to places of worship or declined to comment.