"The American people deserve transparency and accountability from our most senior law-enforcement official in the executive branch," Jordan wrote. "Committee Republicans intend to continue to examine these matters, including into the 118th Congress if necessary." 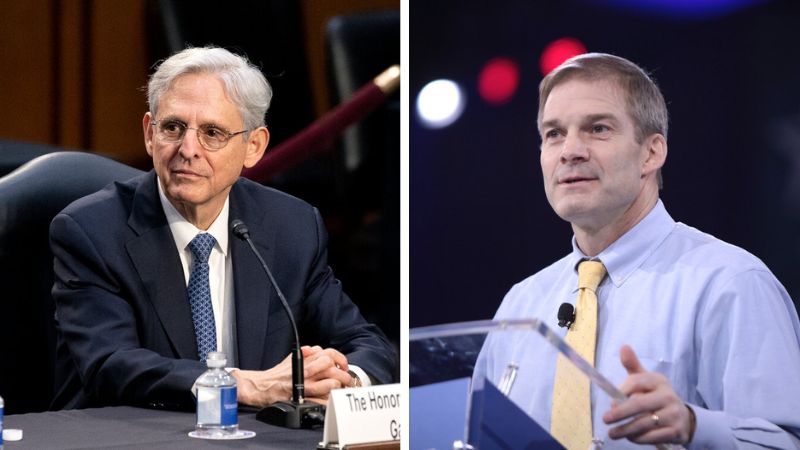 On Wednesday, Representative Jim Jordan sent a letter to Attorney General Merrick Garland demanding that the Department of Justice respond to their requests for documents and information regarding several issues including the "Department’s targeting of journalists with Project Veritas" as well as the raid at former President Donald Trump’s Mar-A-Lago residence this summer.

Jordan said that the House Committee on the Judiciary, of which Jordan is a Ranking Member, is "conducting oversight of the Department of Justice’s operations and actions concerning various matters."

"The American people deserve transparency and accountability from our most senior law-enforcement official in the executive branch," he wrote. "Committee Republicans intend to continue to examine these matters, including into the 118th Congress if necessary."

Jordan reiterated the committee’s requests, stating that materials should be provided to the committee no later than November 16, 2022 and that the department should "preserve all existing and future records and materials in your possession relating to the topics addressed in this letter."

The letter includes four pages of requests made by the committee that have yet to be fulfilled, going as far back as of June 2021

Requests from June 8, 2021, include explanations from the Justice Department as to their "current efforts to identify and. Prosecute individuals involved in the assaults of Mr. Andy Ngo and other journalists in violation of federal statutes securing their civil rights," and how the Justice Department is working with federal and state law enforcement agencies to prevent "individuals from engaging in violence and intimidation designed to impair the free exercise and enjoyment of rights and privileges that Mr. Andy Ngo and other journalists possess under the Constitution and laws of the United States."

Requests from November 18, 2021, relate to Project Veritas and the raid that came about due to Ashley Biden’s diary.

These requests include explanations as to how the FBI became aware of the diary, the "factual and legal predicate for the FBI to conduct raids at the homes of James O’Keefe and other current or former journalists or employees of Project Veritas," the process in which a subpoena was obtained for this raid, and requests for the department to provide copies of search warrants, affidavits, and other supporting documents relating to the raid.

Other requests include explanations and documents regarding a new domestic terrorism unit within the Counterterrorism Section of the National Security Division, the Justice Department’s decision to end their China Initiative, the threatening of Supreme Court Justices at their homes before the Dobbs decision in June, and the FBI raid at Trump’s Mar-a-Lago home.