The Joker star Joaquin Phoenix flew to a climate protest. During his brief speech he urged protesters to stop eating meat and become vegan. 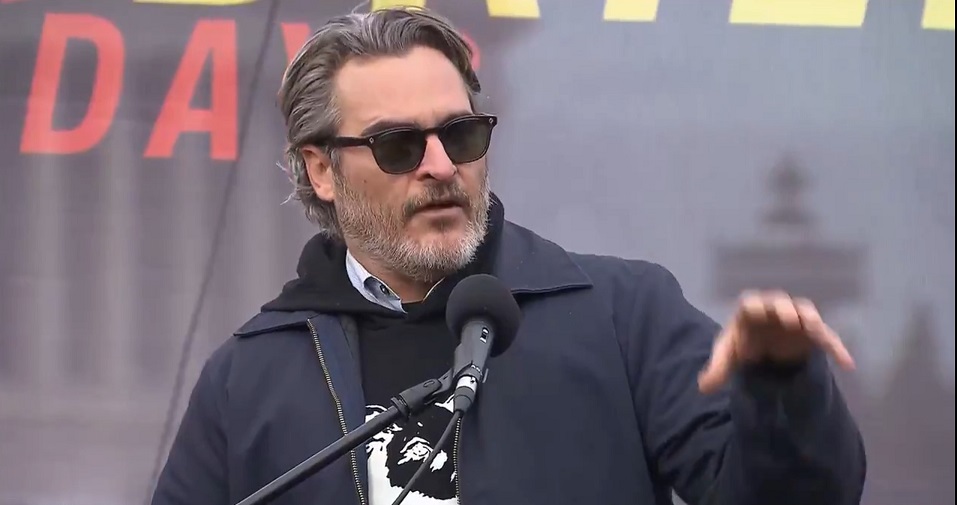 The Joker and Gladiator star Joaquin Phoenix flew to a Washington, DC, in his quest to fight climate change on Friday. Speaking to environmentalists , telling that a protest, he admitted he couldn’t avoid flying to attend the gathering.

“But something that isn’t often talked about in the environmental movement or in the conversation about climate change, is that the meat and dairy industry is the third leading cause of climate change,” said Phoenix in his speech.

“I think sometimes we wonder what can we do in this fight against climate change. And there is something that you can do today, right now, and tomorrow, by making a choice about what you consume. And I think that is something that is doable,” he continued.

“And I struggle so much for what I can do at times, there are things I can’t avoid. I flew a plane out here today, or last night rather. But one thing I can do is change my eating habits. So I just want to urge all of you to join me in that…”

Early this week Pheonix was lampooned for saying he was helping fight climate change by wearing the same tuxedo to different celeb events.

Canadians looking to follow the preaching of Phoenix now have another Vegan option when at McDonald’s, which started offering Canadians its P.L.T. (plant, lettuce, tomato).