Joe Biden has set the Middle East on fire

So now, after having already showered Hamas with cash before the attacks, Joe Biden will reward the violence with more bags of money. 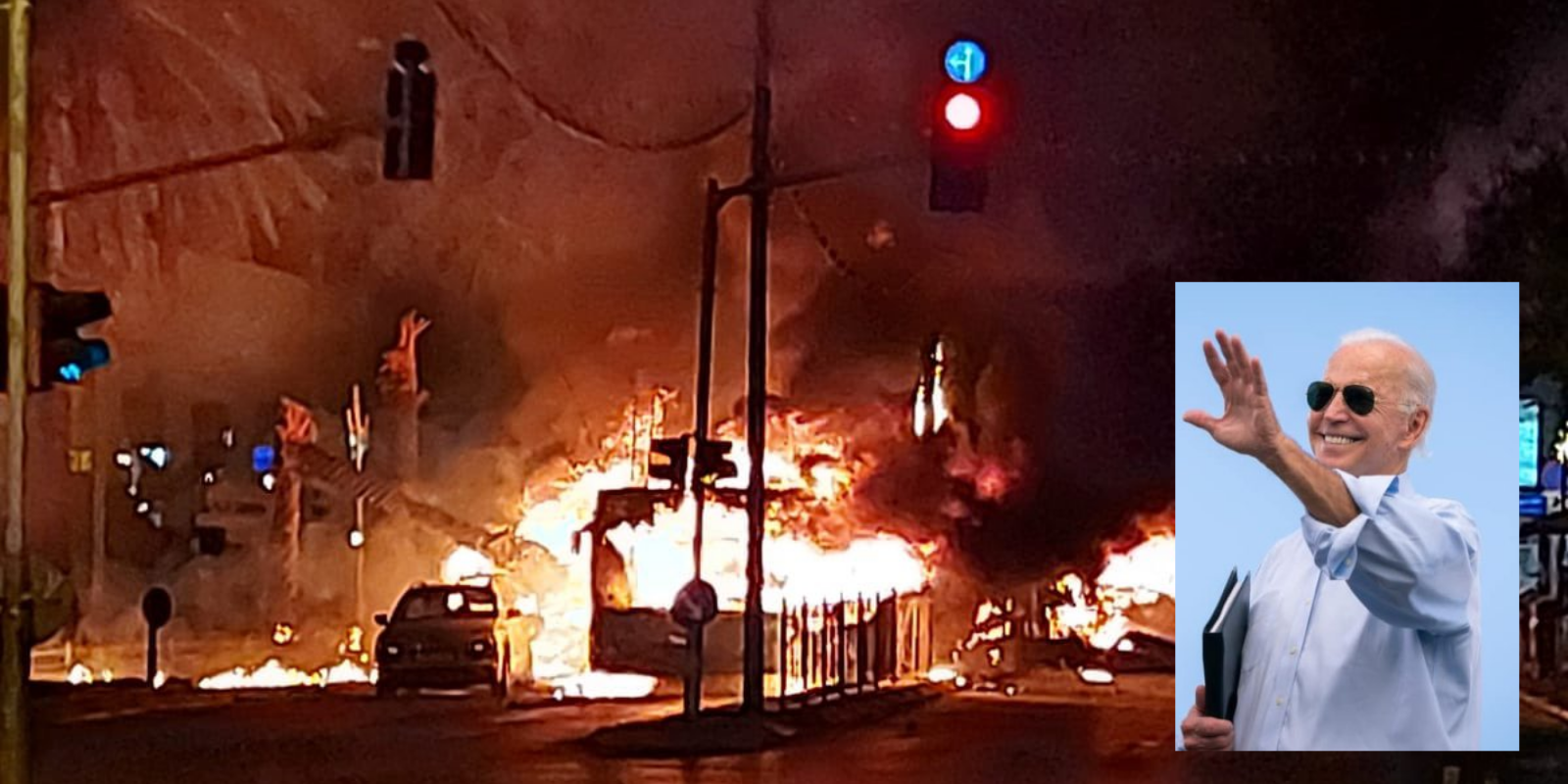 There is one indisputable fact that must be recognized as we parse the recent violent crisis in the Middle East. After four years of relative peace and calm between Israel and the Palestinians under Donald Trump's leadership, the region has been set ablaze after just four months of Joe Biden's.

Democrats claim that the current resident of the White House is blameless in this, that he inherited the mess. But it is absolutely clear that his actions since January have emboldened terrorists and led to the loss of innocent life.

Right off the bat it should be pointed out that no lesser authority than Biden himself has made clear that presidents are responsible for events that occur while they are in office. Even the leftist violence this summer across the country committed by those who despise Trump was laid at Trump's feet by then candidate Biden.

In the case of the 11 days of open hostility that just occurred Biden's culpability could not be clearer. He created, quite quickly, exactly the conditions that Hamas needed to attack Israel and take the lives of innocent civilians. In myriad ways he changed the incentives in the region. He made it absolutely clear that for all intents and purposes Hamas could kill with impunity from his administration.

This began when Biden chose to restore $235 million of aid to the Palestinians that President Donald Trump had withheld. The message could not have been clearer. When grandpa slips you a birthday card with several hundred million dollars in it its pretty clear he's condoning a spending spree. And even if none of that money went directly to murderous rockets it freed up funds that Hamas would otherwise need to provide basic services to the people it claims to represent.

Now Biden says he will work with the Palestinian Authority to fund the rebuilding of Gaza but without allowing that funding to go towards terror. When asked by CNN on Friday how Biden might do this, Martin Indyk, a former Ambassador to Israel under Bill Clinton said, "It beats the hell out of me."

So now, after having already showered Hamas with cash before the attacks, Joe Biden will reward the violence with more bags of money.

And Hamas is not the only evil regime in the Middle East that Biden is coddling. The desperate doe eyes he is making at Iran in order to restore the nuclear deal has freed that nation to make mayhem at will throughout the region. Just as Barack Obama ignored his own red line in Syria to please Iran so too is Joe Biden signaling that their sponsorship of terrorism will have no consequences.

Contrast all of this with Donald Trump's administration. Trump brokered the Abraham Accords to isolate Hamas in the Middle East and stick a thumb in the eye of the Ayatollah. Those deals, as well as moving the United States Embassy to Jerusalem, sent a clear message to the Palestinians and Iran that they had a lot to lose if they resorted to violence. Biden won't call out Iran, he says his diplomacy is "quiet" but the rockets in Israel are loud as are the attacks on Jews now being perpetrated in the United States.

Across the country, in violent video after violent video, Jews are being attacked by pro-Palestinian thugs bent on importing sectarian violence to our streets. Meanwhile members of Biden's own party, like Rep. Alexandria Ocasio-Cortez, are stoking this violence with claims that Israel is an apartheid state. Until Biden firmly rejects this dangerous anti Semitism he is complicit with it.

Admitting one is wrong and changing course is hard. But it could not be more obvious that Biden's approach to the Middle East, both in regard to the Palestinians and Iran, has been an abject disaster. It is literally the difference between war and peace. Loathe though Democrats may be to admit it Trump's firm fisted approach to the region worked and was working before Biden decided to return to the failed policies of the past.

It is not too late to fix this mess, but that will require Joe Biden to make absolutely clear that he stands with Israel and will punish violence both in the Middle East and on the home front. No more mindless adventures in diplomacy between John Kerry and Iran, no more barrels of money for Hamas, and no more looking the other way when American progressives slander Israel. We saw under Trump what a successful Middle East strategy looks like; it is time to return to it.