"I do not accept the targeting of our journalists for violence by Trudeau’s thugs," Rebel News CEO Ezra Levant stated, announcing they'll sue the police on the reporter's behalf. 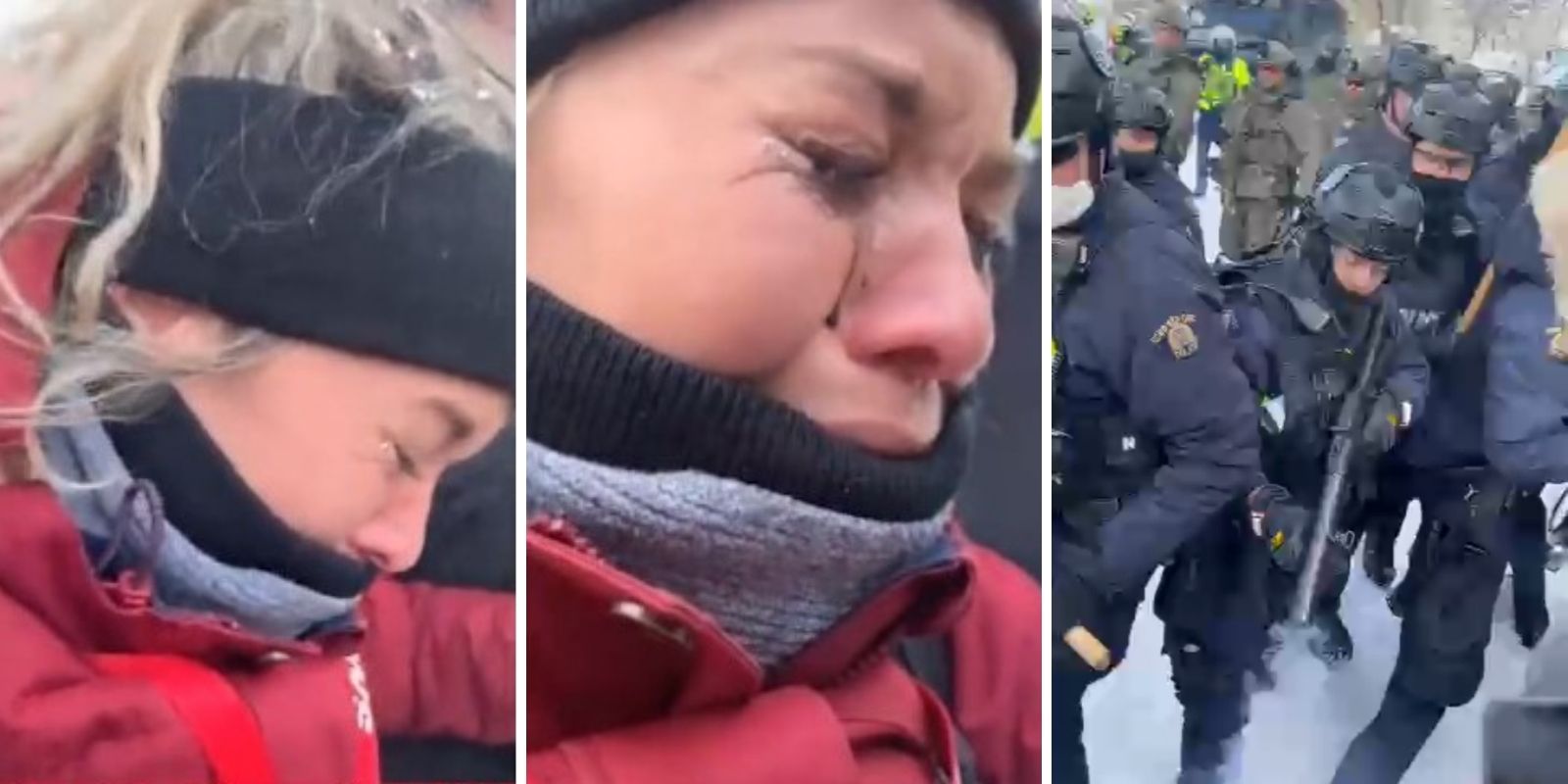 Rebel News reporter Alexa Lavoie was beaten by police with a baton and shot at point-blank range with a tear gas round early Saturday morning while covering the Trudeau crackdown on the Freedom Convoy protest in Ottawa.

Police had moved to clear the crowd Saturday, deploying tear gas and using batons on the freedom demonstrators protesting on Parliament Hill. A baton-wielding police line formed in front of the massive protest gathered at the city center.

Lavoie was hit by police during the melee and injured, Rebel News reported.

"I know the rest of the Media Party is delighting at Trudeau's brutality and martial law. But we still believe in peace and freedom," Levant continued to write.

True North reporter Andrew Lawton was pepper sprayed Friday by Ottawa police while trying to do his job as a journalist.  Likewise, True North also plans to sue the police for assaulting and targeting a working journalist.