On Thursday, the photographer behind the images of Border Patrol agents on horseback set the record straight on what exactly those viral photos depict. 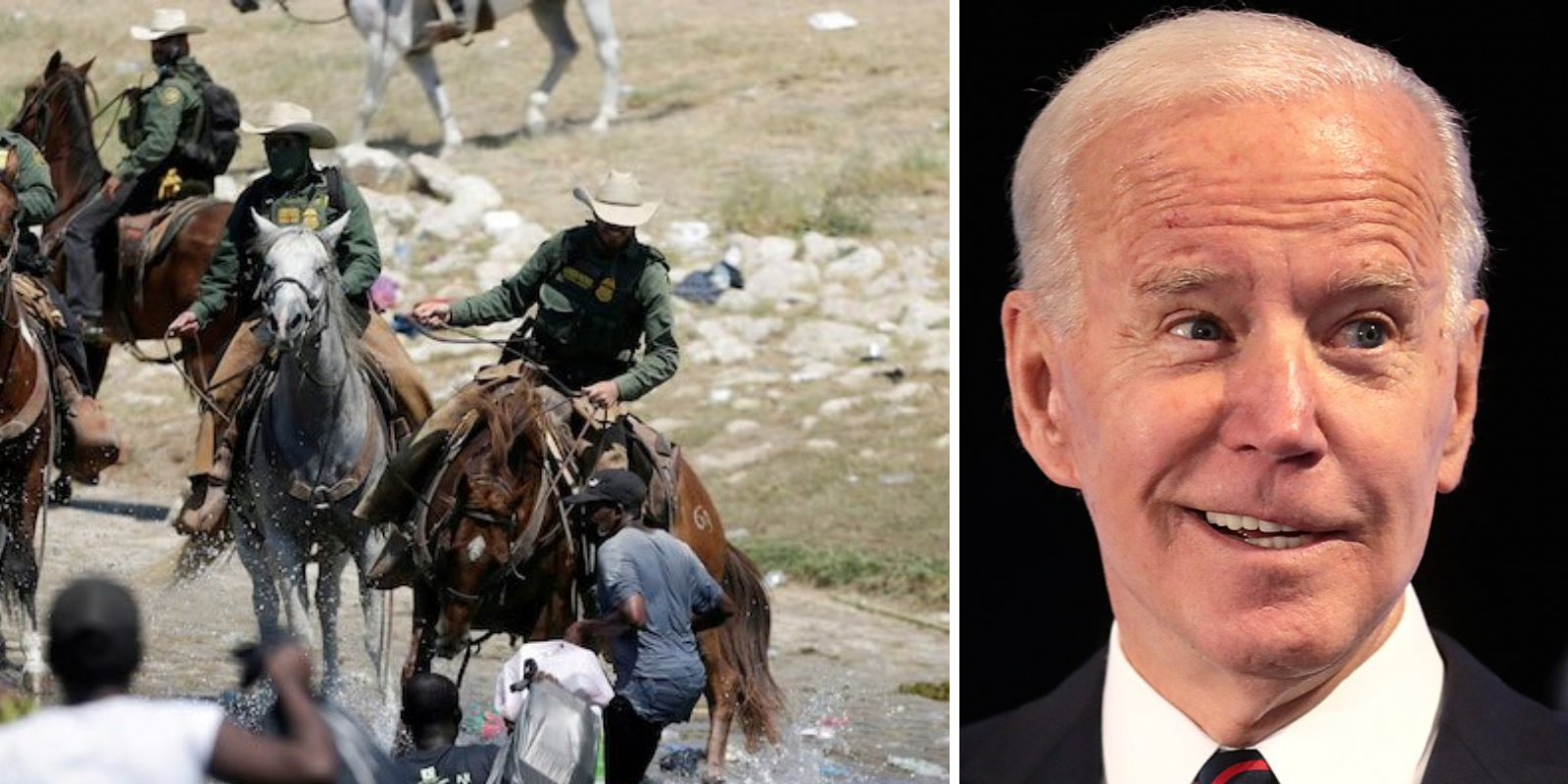 On Thursday, the photographer behind the images of Border Patrol agents on horseback set the record straight on what exactly those viral photos depict.

The photos, which were taken on Sunday, were mistakenly said to have depicted the agents on horseback with whips in their hands, causing outrage.

Photographer Paul Ratje, speaking with KTSM, said that he and his colleagues taking photos that day never saw any of the agents whipping the Haitian migrants they were moving.

"Some of the Haitian men started running, trying to go around the horses," Ratje said.

Ratje, who is a photographer based in Las Cruces, New Mexico, said he took the photographs from the Mexico side.

"I didn't ever see them whip anyone with the thing," Ratje said. "He was swinging it, but I didn't see him actually whip someone with it. Those definitely can be misconstrued when you're looking at the picture."

These photos drew harsh criticism from leaders who mistook the split reins on the horses for whips, with President Joe Biden claiming earlier on Friday that Border Patrol agents "strapped" the Haitian migrants during that interaction on Sunday.

"To see people treated like they did, horses barely running them over and people being strapped, it's outrageous," said Biden. "I promise you that those people will pay."

Biden stressed that there is an investigation underway regarding the actions of the agents, and noted that there would be "consequences" for those agents depicted.

Biden's response garnered criticism from Border Patrol Local 2366 President Jon Anfinsen, which represents Del Rio, who told Townhall: "How can President Biden continue with this false narrative when the photographer who took the photos of the horse patrol unit has already said nobody was whipped? What happened to due process?"

On Thursday, the White Hosue announced that Border Patrol agents would no longer be permitted to use horses in Del Rio as a result of the incident.

"I can also convey to you that [DHS Secretary Alejandro Mayorkas] also conveyed to civil rights leaders earlier this morning that we would no longer be using horses in Del Rio," Psaki said in a press conference yesterday, adding that the images were "horrible and horrific."

Representative Maxine Waters said that the images in Del Rio were worse than actions witnessed during slavery.