"It will make patrolling extremely difficult along with security. This is insane. The agents did nothing wrong," one agent said. 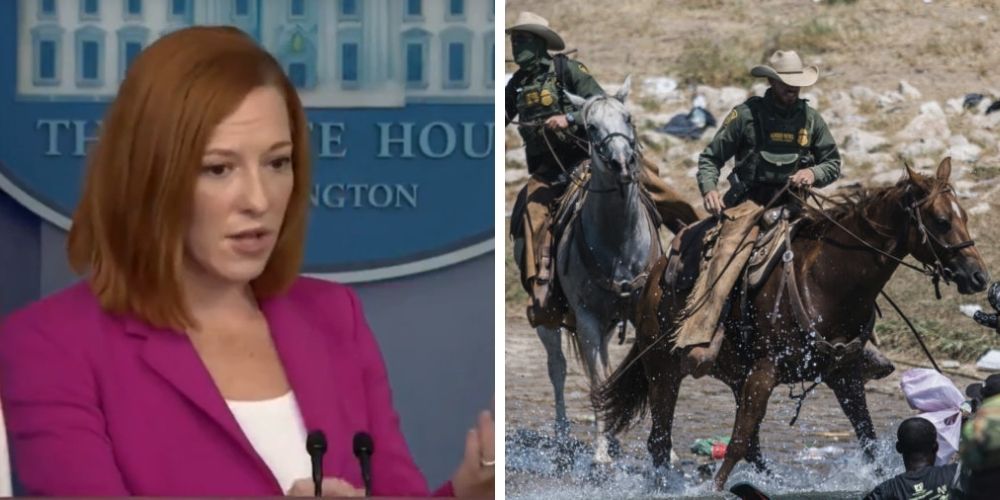 The Biden administration confirmed Wednesday it has banned the use of horses at the southern border after false claims that Border Patrol used "whips" against Haitian migrants. Press Secretary Jen Psaki called the images of border agents on horseback "horrible and horrific" and noted that an investigation is ongoing.

"I can also convey to you that [DHS Secretary Alejandro Mayorkas] also conveyed to civil rights leaders earlier this morning that we would no longer be using horses in Del Rio," she said.

The claim that Border Patrol agents used whips was quickly debunked by Mayorkas and Border Patrol chief Raul Ortiz on Monday, who explained that agents were wielding long reins to control their horses under challenging rivers. However, as controversy began to grow, Mayorkas walked back his initial comments.

"I was horrified by what I saw," Mayorkas told CNN. "I'm going to let the investigation run its course. But the pictures that I observed troubled me profoundly. That defies all of the values that we seek to instill in our people."

Democratic Representative Henry Cuellar of Texas also debunked the claim on CNN. "Well, you know, certainly, we got to make sure we treat all the immigrants with respect and dignity. But I will say this. Border Patrol has had those horse brigades for a while, they've had them for a while, number one, number two, they don't carry whips. And they do not carry lassos. I think the picture you're talking about, at least the one I've seen is the rein, the rein of the horses," Cueller told the CNN host who was attempting to perpetuate the false claim.

In fact, Border Patrol agents are not issues any whips, only reins to handle the horses. One such agents explained, "Agents use their reins for a lot of reasons. Primarily it's used to steer the horse, but agents will also spin them sometimes to deter people from getting too close to the horse ...We are not aware of anyone being struck with the reins."

Despite the story being debunked, prominent Democrats have continued to weigh in. Vice President Kamala Harris said she was "deeply troubled" by the allegations. Senate Majority leader Chuck Schumer also echoed the false claim that there are "images of inhumane treatment of Haitian migrants by Border Patrol—including the use of whips.

"It will make patrolling extremely difficult along with security. This is insane. The agents did nothing wrong," one agent told Fox News.

In the same press conference, Jen Psaki dodged questions from reporters regarding the current status of migrant removals from Del Rio, Texas, and whether the border is truly closed.