The judge concluded that "the evidence disclosed that CAHN did in fact assist Antifa and that movement has been violent." 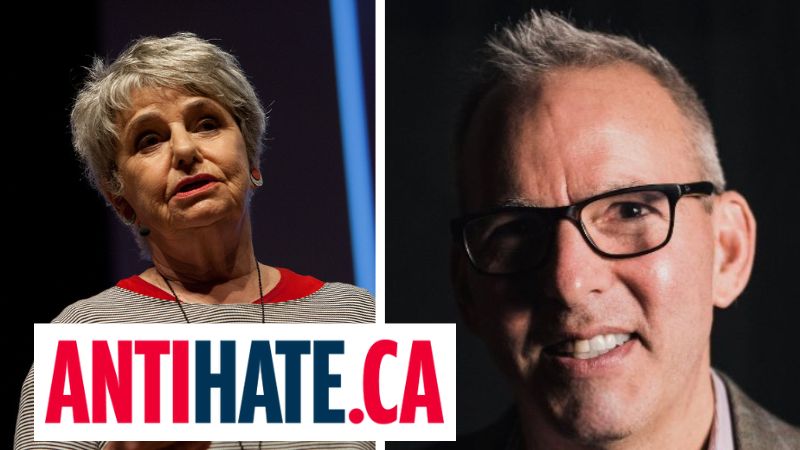 An Ottawa judge has dismissed a case against journalists Jonathan Kay and Barbara Kay, which accused them of libel. The case was brought forth by the Canadian Anti-Hate Network (CAHN), which had previously received government funding for its programs.

The suit was brought forth by Richard Warman, a board member of the group, in 2019. According to Jonathan kay, Warman had claimed that the two defendants linked the organization to Antifa.


In photos of the court ruling posted to Twitter, the judge concluded that "the evidence disclosed that CAHN did in fact assist Antifa and that movement has been violent."

"The Kays submission, which I accept, is that a human rights network like CAHN arguably (except in the most extreme circumstances) should not support a violent movement, and to do so, to most reasonable overseers, would not be a "good look."

"While Warman is well know as a righteous crusader against white supremacy and right-wing racist hate and has been recognized and appropriately lauded for his work, he is also a controversial figure and I accept the evidence of the Kays that he has used litigation to silence or intimidate those he sees as his critics, or who oppose his methods of prosecuting hate groups," the court document later added.

"My clients are obviously very happy with the judgement," attorney for Jonathan and Barbara Kay told The Post Millennial. "The Court agreed that the tweets in question by Jonathan Kay and Barbara Kay did not refer to Mr. Warman at all. His Honour also found that the tweets were protected by the defences of fair comment and justification in any event. Overall, this is an important victory for free expression."

Jonathan Kay said that "litigating this to a conclusion was expensive and time-consuming," adding that he felt it was important because the organization was previously a government grant recipient, noting that the "same 'anti-racism program used to cash out Laith Marouf."

On its website, CAHN states that it was "previously the recipient of a grant from the Anti-Racism Action Program. That grant period ended in March 2022. The Canadian Anti-Hate Network is not currently receiving any government funds."

This same program had funded Canadian Heritage, where Marouf had been a senior consultant and made numerous anti-semitic statements on social media.


Recounting the trial itself, Jonathan Kay said it was "surreal," and featured "such bizarre claims as that I was 'malicious to human rights.'" During the trial, he said that "I was required to explain the plot of the Seinfeld episode that's at the root of 'Del Boca' Bernie Farber's nickname."

Jonathan Kay also noted that The Post Millennial editor-at-large Andy Ngo "played a cameo role. What happened to him is basically Exhibit A in what antifa is all about. (That's why, even here in Canada, so many people have Ngo Derangement Syndrome: The act of beating him up was pretty much the death knell on the group’s legitimacy)."

"Jonathan referred to a CAHN article by the CEO Balgord dated September 20, 2017, as an apologist tract for Antifa, describing the need for 'physical disruption to get their message across," the court document stated.


"A Quillette article (Jonathan was an editor) about Columbia’s Journalism dated June 18, 2019, described Antifa as violent and advocating to effect change. The article described what happened to Andy Ngo, a friend of Jonathan’s, who was a 5’2" gay Vietnamese conservative journalist covering Antifa activity in Portland Oregon when he was badly beaten by Antifa members, described by Jonathan as 'thugs," the document continued.

"Jonathan described numerous instances where Antifa used intimidation, violence and generally mimicked fascist group activities in Portland, Oregon, and Hamilton Ontario and, for example, screamed at an elderly woman at a town hall event in October 2019, where they tried to block a speaker, Maxime Bernier, and called her 'Nazi scum,'" it added.

In response to the judge’s ruling, Barbara Kay wrote on Twitter: "This started three years ago, almost to the day!! Mills of justice grind slowly and all that, but (not always the case) they also ground fine. Our lawyer @Honickman was magnificent. Can't praise him highly enough. The judge was great too, & btw I thought that before the judgment."