"Raskin working hand in hand with Liz Cheney on J6 committee. He used his son’s tragic suicide as a talking point for the 'insurrection.' Let’s send him a message," Kelly tweeted. 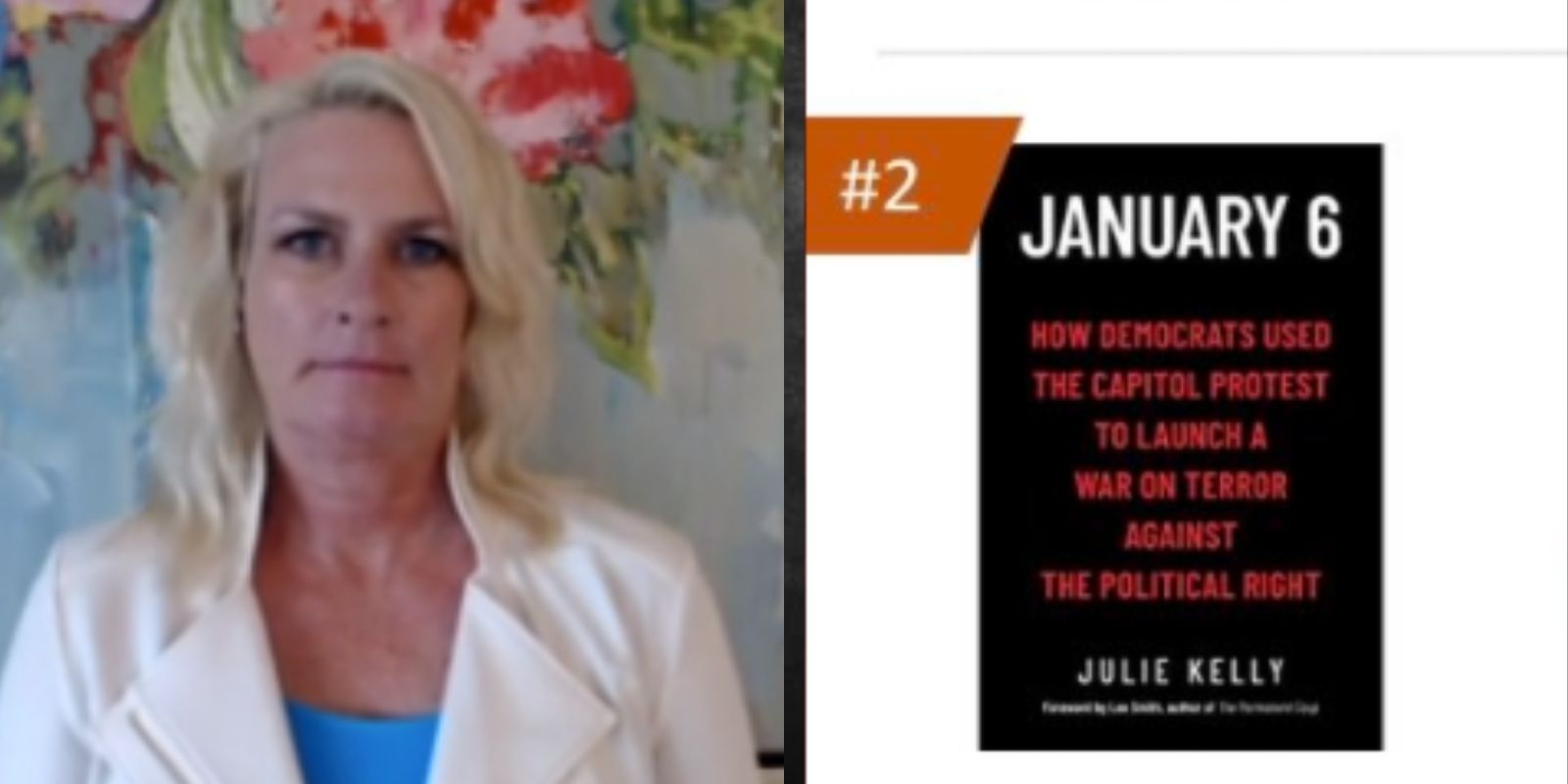 Conservative commentator Julie Kelly's new book January 6: How Democrats Used the Capitol Protest to Launch A War on Terror Against the Political Right, an "exposé of the left’s efforts to create violence and then exploit the violence to smear the Republican Party," is in second place on Amazon's bestselling new releases chart and is close to taking over the #1 spot as of Friday.

"Close to bumping Jamie Raskin from top spot on Amazon’s best selling new releases. Raskin working hand in hand with Liz Cheney on J6 committee. He used his son’s tragic suicide as a talking point for the 'insurrection,'" Kelly tweeted.

"Let's send him a message," Kelly added Friday, hoping her supporters will see the message and buy the book and encourage others to do the same.

Kelly has spoken out to Fox News host Tucker Carlson and podcaster Dinesh D'Souza about the FBI's alleged involvement in the plot to kidnap Michigan Gov. Gretchen Whitmer and has suggested similarities to the Capitol riot on Jan. 6.

"What they've done is taken a four-hour disturbance, they blamed Donald Trump for inciting this 'insurrection'. They have now arrested more than 700 Americans ..." Kelly told America First with Sebastian Gorka in an on-air segment.

"To my point in my book, in which I give a detailed timeline of exactly what happened that day, but also how this Justice Department, the entire Biden regime, Joe Biden himself, is weaponizing a four-hour disturbance and targeting the political right, millions of Americans, and launching a domestic 'war on terror' against Americans on the right," Kelly continued in the interview.

Kelly's book exists in stark contrast to Rep. Jamie Raskin (D-MD)'s written work, Unthinkable: Trauma, Truth and the Trials of American Democracy, which advances the idea that the Capitol riot was an "insurrection."

Raskin, however, himself had challenged the Electoral College votes to certify former President Doanld Trump back in 2017.