Investigative writer Julie Kelly drew parallels between the Whitmer "kidnapping" plot and Jan. 6, suggesting the the FBI might be behind both operations. 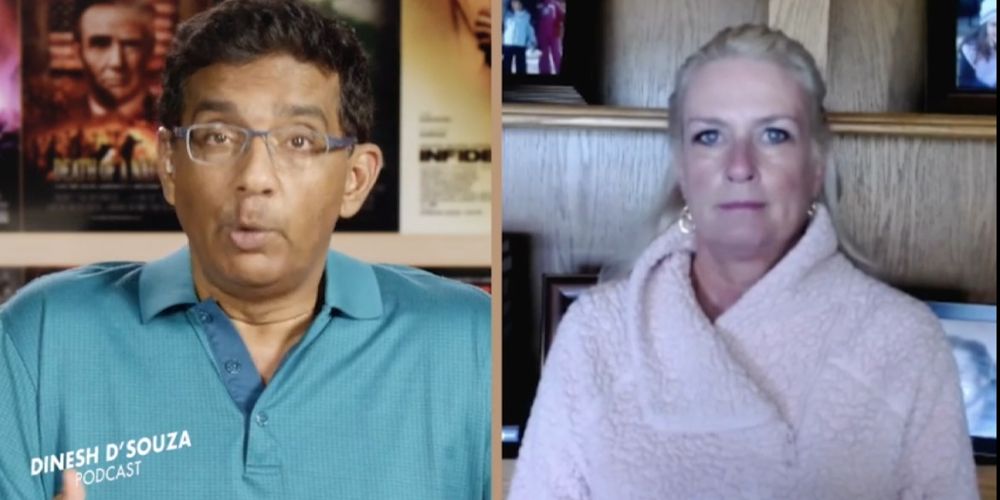 Investigative writer Julie Kelly of American Greatness is one of the few journalists and members of the media keeping tabs on the treatment of the Jan. 6 defendants and the Capitol investigation by US government authorities.

Conservative commentator Dinesh D'Souza recently interviewed Kelly for insight on how surveillance organizations like the FBI are potentially connected to the matter, especially with the most recent round of scrutiny.

This conversation between Kelly and D'Souza is especially pertinent given the most recent (and very extensive) Revolver News article spotlighting the actions of Ray Epps. The outlet named Epps as one of the key individuals who was involved in starting the hostilities of Jan. 6 in the midst of former President Donald Trump giving his speech at the National Mall.

Epps was there with his initial crew breaching barricades, Revolver News reported. However, the FBI decided to quietly erase Ray Epps from their Most Wanted list on the Capitol riot page on July 1. Public researchers identified Epps along with his confession to the media. Yet the feds did nothing.

But D'Souza named the Oathkeepers leader as the guy who brought these people into DC and organized their efforts for Jan. 6.

The implication is that Stewart Rhodes is an FBI informant.

Here is Ray Epps with Stewart Rhodes of the Oathkeepers as outlined in both D'Souza's piece and the most recent Revolver News report: "This man has not been arrested, he's not been charged" when referring to Stewart Rhodes.

D'Souza made sure to point out the minimization of physical harm that took place that day by saying for the most part people around the Capitol mostly took photos and left. In terms of the FBI’s judgement in of themselves they admitted to "scant evidence" that adversarial forces coordinated some kind of Jan. 6 takeover.

As highlighted in the discussion, The New York Times themselves admitted that an FBI informant connected to the Proud Boys was relaying information months after the fact. Kelly said there were at least two.

"Stewart Rhodes submitted to an FBI interview in May and turned over his cell phone, and then they gave his cell phone back," said Kelly in describing the closest interaction between Rhodes and authorities as espoused by the mainstream media.

Kelly highlighted the fact that there's a bunch of other people detained in a DC jail, but Rhodes is not. D'Souza brought it back around to the Michigan Governor Gretchen Whitmer would-be kidnapping case by alluding to how both Jan. 6 and that situation had an overall kind of agenda laid out and executed.

The second part of the interview pertained to how the FBI's involvement with the Whitmer kidnapping conspiracy, insofar as how it even impacts the affiliations of the defendants arrested, is also highlighted.

Kelly pointed to how the initial coverage of this situation came out during early voting in Michigan, a key swing state. "There was one FBI informant, or agent, for every person who was arrested," explained Kelly.

D’Souza pointed out how Steven M. D'Antuono was promoted by Director Christopher Wray from special agent in charge of the Detroit field office to the position of assistant director at the Washington field office.

"The guy running this operation over here, has been moved over here, and he’s now directing the January 6th follow-up," Dinesh asked his guest.

"That is correct," Julie Kelly said.