The 39-year-old star has been charged with six counts of disorderly conduct for allegedly staging the fake attack, paying the brothers $3,500 dollars to attack him on the street. 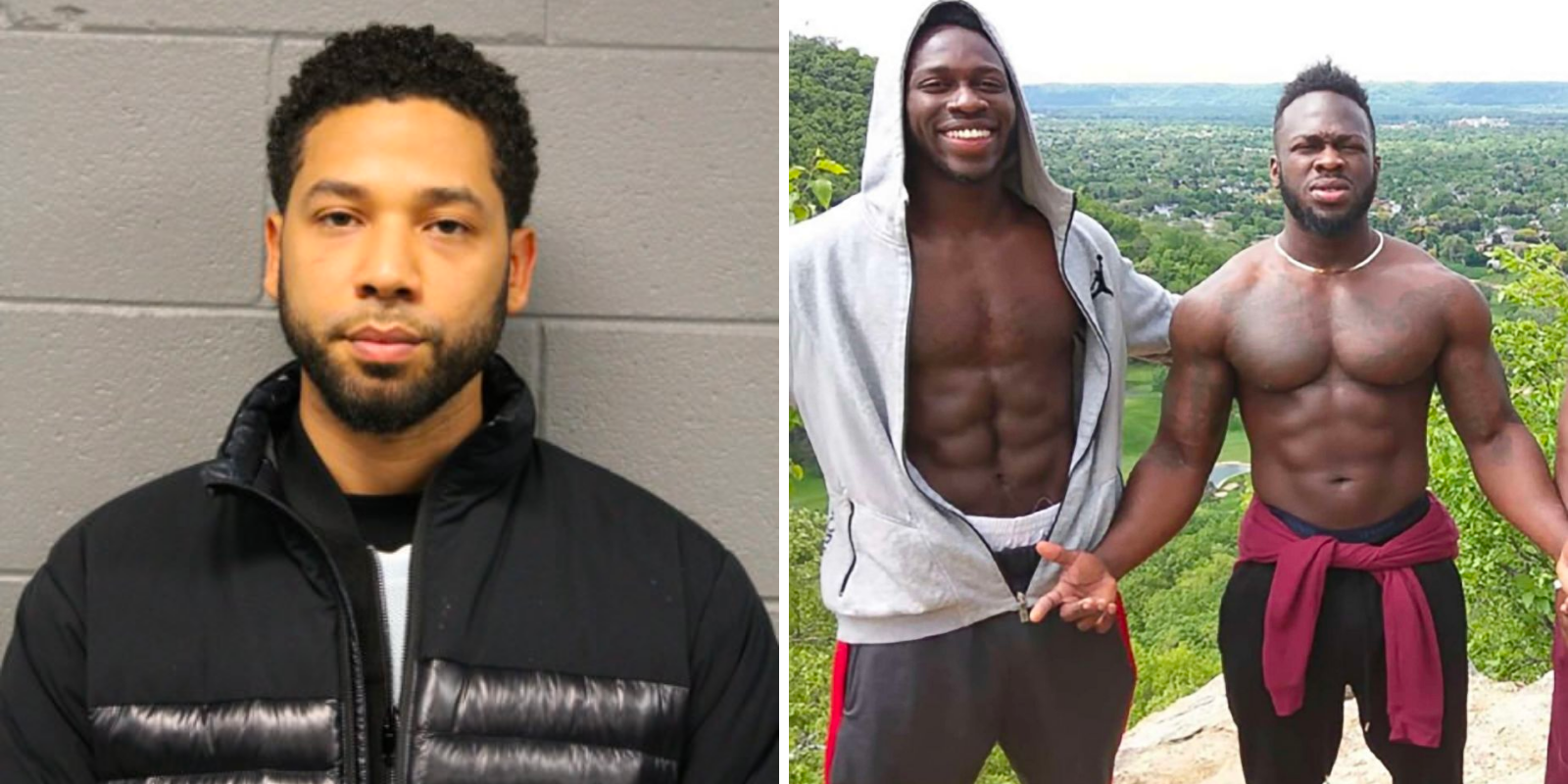 Theis testified that the Osundario brothers admitted in their first interview that Smollett was the one behind the attack, which was planned after Smollett became angry that the producers of Empire, a 20th Century Fox show, didn’t take enough action in regards to a threatening letter he had received, according to the Daily Mail.

The letter, which was sent to the studio where Empire was being filmed, included pasted magazine cutout letter calling Smollett racist and homophobic names. The brothers said Smollett reportedly sent the letter to himself.

The 39-year-old star has been charged with six counts of disorderly conduct for allegedly staging the fake attack, paying the brothers $3,500 dollars to attack him on the street. The duo reportedly used bleach and a rope, called Smollett racist and homophobic names, and told Smollett he was in "MAGA country."

Theis testified that after the initial attack had been reported to the police, Smollett allegedly tightened the rope that the duo had used to make it more closely resemble a noose.

The jury was then reportedly showed two photos, one taken before cops arrived to Smollett’s apartment, and one taken afterwards, suggesting that the rope had been righted.

Theis also testified that Smollett had told police he was attacked by a white person and one that was light skinned.

Despite claims from Smollett and his family that police have rushed to blame Smollett, Theis said that cops "absolutely did not" rush to accuse Smollett of lying. The cops wanted to find the assailants quickly, especially given the public pressure to find answers.

"It was horrible. It was a hate crime. The noose. The bleach. Everyone from the mayor on down wanted answers," Theis testified, according to CBS Chicago.

Theis said it was only after the thousands of hours of investigation, after they had identified the Osundario brothers, that they began to suspect Smollett of lying about the attack.

"At the end of our investigation we determined that the alleged hate crime was actually a staged event and that it did not occur," he told prosecutor Samuel Mendenhall.

The piece of evidence that made detectives begin to question the story was footage of the brothers in an Uber, on their way to allegedly attack Smollett.

Police were able to track down the car and subpoena the information regarding who had ordered it.

Once they received the names of the brothers, Theis testified that they did a search, and discovered that one of the brothers worked on the set of Empire and knew Smollett.

"This filled in a lot of pieces," Theis testified.

Theis also testified that Smollett was "uncooperative" with submitting a DNA swab of his check, which was going to be used to rule out Smollett's DNA from the noose to track down his assailants.

Jurors were shown an interview with Smollett on Good Morning America which aired on February 14, 2019, in which he identified the two men from surveillance camera footage.

Those two men were identified by the Chicago Police Department as the Osundario brothers.

The brothers were picked up from Chicago's O'Hare Airport that same day, returning from a trip to Nigeria that they departed on the day after the attack.

Smollett's attorney said on Monday that Smollett is a victim of a "real crime" and a "tremendous rush to judgement" by police and prosecutors.

"They are not some foreign exchange students from Nigeria," said attorney Nenye Uche. "They are sophisticated, highly intelligent criminals. Jussie thought he had a friend, but that friendship ran one way, it was a one-way street." Uche added that the brothers didn't like Smollett "because of who he is as a person."

Uche told the jury during opening arguments that the Osundario brothers, who are expected to testify later this week, will "lie to your face."

He noted that Smollett would not have been "stupid enough" to pay for the fake attack.

Special prosecutor Dan Webb said in his opening statement that the brothers and Smollett had gone through a "dry run" before the attack, part of which was reportedly captured on surveillance camera, according to The Chicago Tribune.

"I want you to attack me, but when you hit me, I want you to kind of pull your punches a bit because I don't want to get seriously hurt," Webb said Smollett told the brothers, according to The Chicago Tribune. Smollett also reportedly instructed the brothers to put a rope around his neck to "make it look more like a lynching, like a hate crime," Webb said.

Webb said that the footage showed Smollett's Mercedes circling the Streeterville intersection, where Smollett was reportedly showing the brothers the area where he wanted the attack to occur.