As Dr. Jordan Peterson perfectly puts it, “There is no better pathway to self-realization and the ennoblement of being, than to aim for the highest good you can conceive of and to commit yourself to it.” 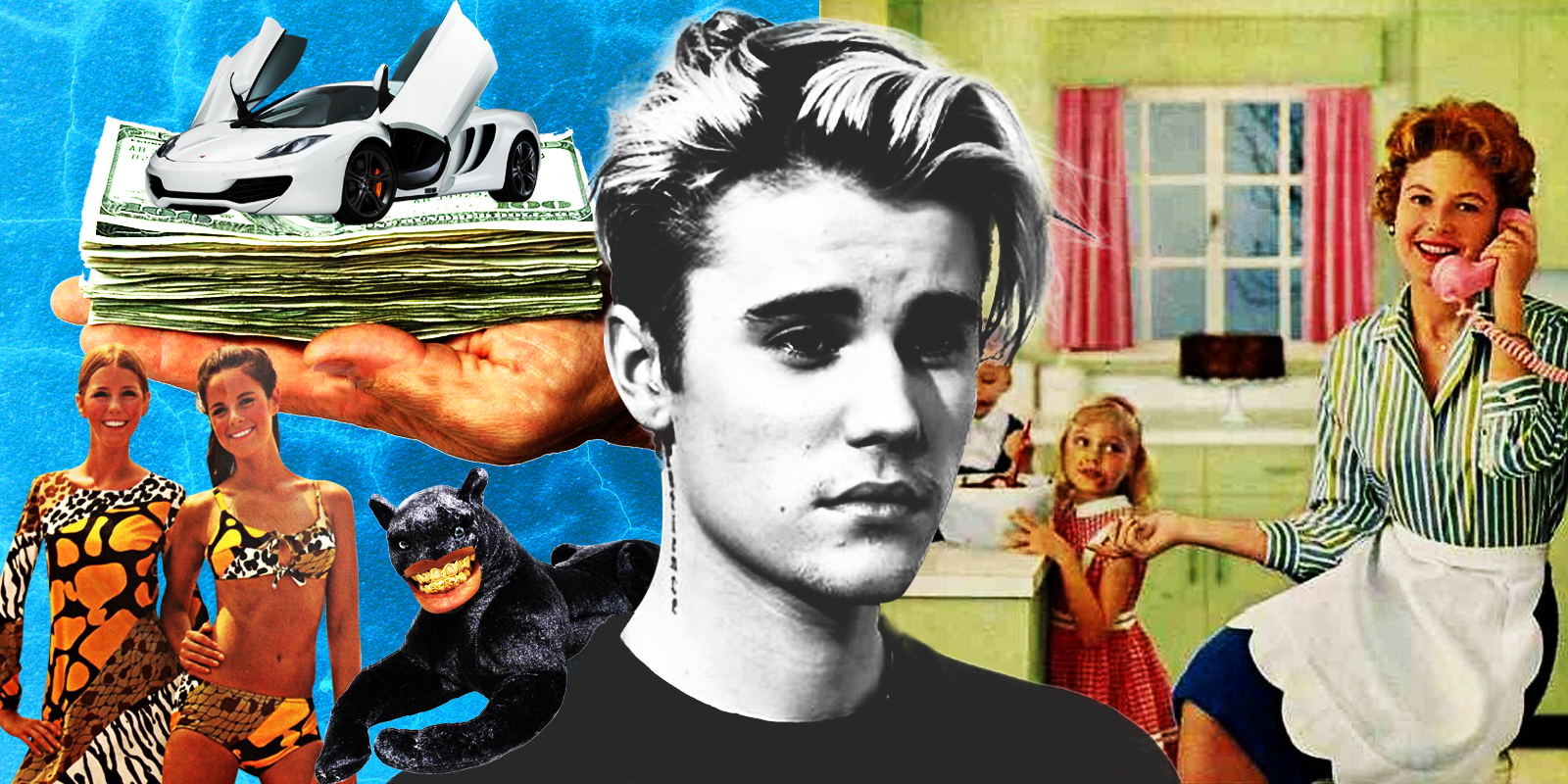 Justin Bieber took to Instagram to post a heartfelt update to his fanbase, and from what’s written, it sounds like the 25-year-old megastar has found meaning.

“I have a lot of money, clothes, cars, accolades, achievements, awards, and I was still unfulfilled,” wrote Bieber, who has an estimated net worth of $265 million.

“I could not change my mindset.”

From the outside looking in, it’s easy to assume that those with massive fame and fortune have it easy, but Bieber is quick to dismiss this.

“Have you noticed the statistics of child stars and the outcome of their life? There is an insane pressure and responsibility put on a child whose brain, emotions, frontal lobes (decision making) aren’t developed yet.”

It only takes a quick jog of the memory to remember all of the antics Bieber once got up to. Just a few years ago, the Stratford-born entertainer was charged with a misdemeanour for throwing eggs at his neighbour’s house, and was arrested on DUI and resisting arrest.

Childhood stars are no strangers to career nosedives. This can be seen by the number of childhood stars who have been arrested, alone.

As The Atlantic pointed out in their dissecting of Bieber following egg-gate, studies delving into childhood stardom are few and far between, but psychologists who have taken on the topic say that a stable household with strict parental limits is key to preventing post-adolescent disaster.

“If the parents are able to keep every other aspect of the child’s life controlled and normal and there are continued boundaries and rules, those are the kids that do well,” psychologist Ginger Clark, an associate professor of clinical education at the University of Southern California, told USA Today.

“If you don’t have a really stable parental unit that’s setting limits ahead of time, then the roles get flipped easily and the child becomes the parent. They’re not ready for the responsibility. And you see kids spin out a little bit.”

The importance of a stable household

“I didn’t grow up in a stable home, my parents were 18 separated with no money, still young and rebellious as well … Everyone did everything for me, so I never even learned the fundamentals of responsibility.”

Despite the feel-good energy that is radiated from outlets like the Huffington Post about how much it “rocks!” to be a single mom, study after study has found that being in a two-parent household holds remarkable benefits, and children in those households do better in countless behavioural, economic, and educational fields.

That is not to say that a single parent cannot do a great job raising their child, but it does highlight the importance of having a stable home. For instance, the single greatest indicator of whether a child himself will be incarcerated is whether the child has a parent in prison.

What Bieber describes is a lack of meaning in his life that he is unable to fill with car, clothes, money, drugs, or alcohol, and it’s a feeling that many young stars experiences.

Once-child star Mara Wilson pointed out in her CRACKED article “Seven reasons child stars go crazy (An insider’s perspective)”, this could be due to the idea of the “hedonic treadmill,” which theorizes that as a person makes more money, expectations and desires rise in tandem, which results in no permanent gain in happiness

The theory, which dates back to the times of St. Augustine and was properly examined in a 1971 paper, “suggests that the joys of loves and triumphs and the sorrows of losses and humiliations fade with time.

If people’s goals are to increase or maintain well-being, then their objectives will diverge depending on whether their fortunes have turned for the better (which necessitates slowing down or thwarting adaptation) or for the worse (which calls for activating and accelerating it). Brickman; Campbell (1971)

With the pressures of stardom weighing on him, Bieber found meaning not in his immense influence, fame, and fortune, but rather in his faith. As Dr. Jordan Peterson perfectly puts it, “There is no better pathway to self-realization and the ennoblement of being, than to aim for the highest good you can conceive of and to commit yourself to it.”

Bieber’s faith has never been kept a secret. It’s been publicly known that he has had private pastors, has tattoos of crosses and scripture, and has even asked his massive Instagram following to “PUT YOUR TRUST IN JESUS.”

“Luckily, God blessed me with extraordinary people who love me for me. Now I am navigating the best season of my life, “Marriage”!!” wrote Bieber, who announced he would be having a Christian wedding with his fiance Hailey Baldwin. “(Marriage) is an amazing, crazy new responsibility…”

To avoid the traps that many child stars fall for, Bieber has aligned himself with his highest possible good. “Be kind today, be bold today, and love people today, not by your standards but by God’s perfect unfailing love.”