Rep. Lauren Boebert of Colorado shot back fast and fierce, saying: "I live in a rural community and I am perfectly capable of operating a copying machine, Kamala." 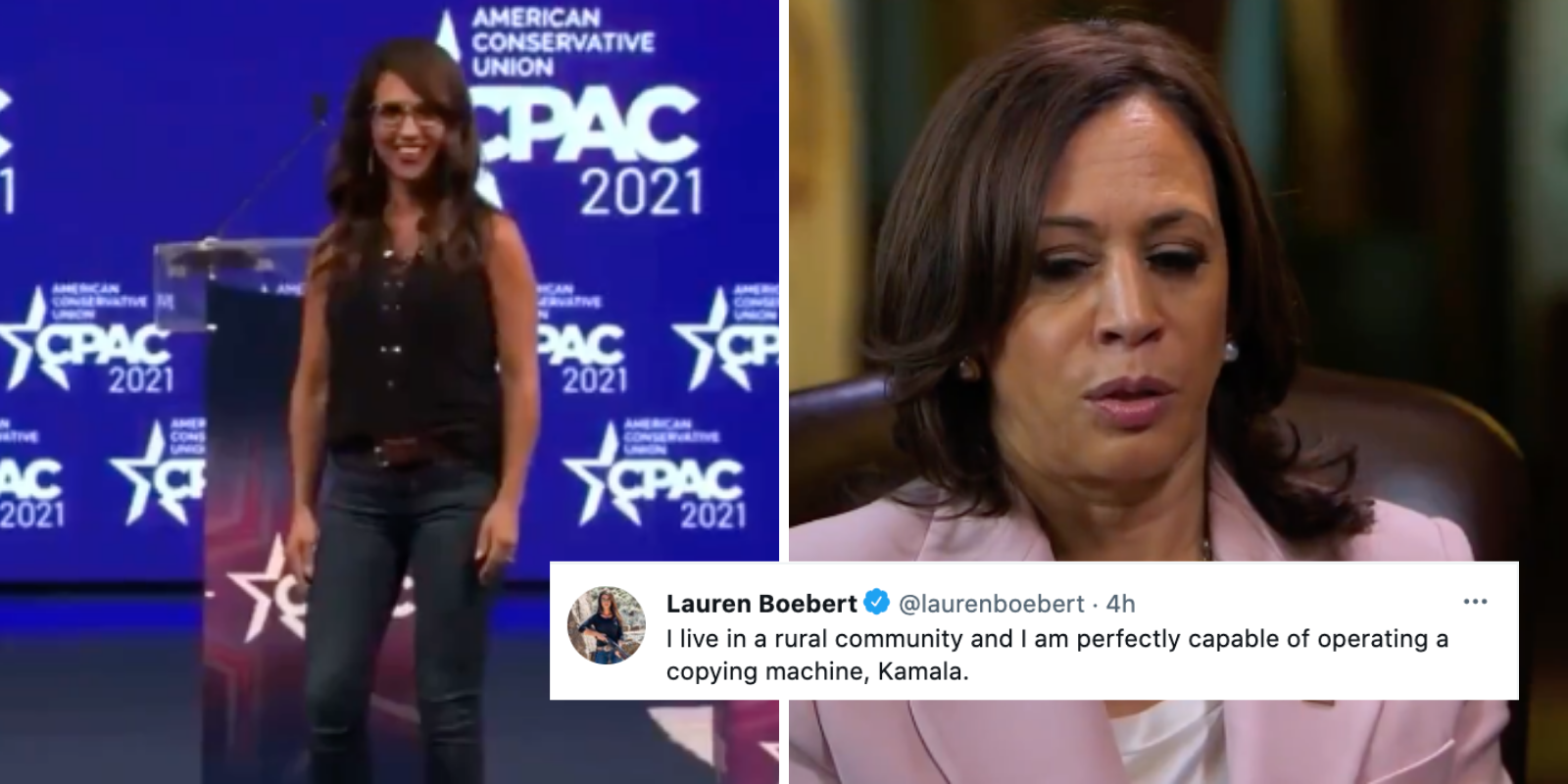 Vice President Kamala Harris claimed that people who live in rural communities are unlikely to be able to use a copy machine, saying that this is a reason not to implement voter ID requirements.

Rep. Lauren Boebert of Colorado shot back, saying: "I live in a rural community and I am perfectly capable of operating a copying machine, Kamala."

Harris, who has been tasked by the Biden administration with handling voting rights issues, spoke to BET about voter ID laws. This requirement would be just too much for American voters, she said, because they would have to "photocopy" their IDs.

"I don't think that we should underestimate what that could mean," Harris told BET. "Because in some people's minds, that means well, you're going to have to Xerox or photocopy your ID to send it in to prove that you are who you are."

"Well," she continued, "there are a whole lot of people, especially people who live in rural communities—there's no Kinkos, there's no Office Max near them. People have to to understand that when we're talking about voter ID laws, be clear of who you have in mind and what would be required of them to prove who they are."

The White House has been insistent that new voting laws passed in many states are actually discriminatory. "[Republican-held state legislature] are putting these laws in place because [red states] did not like the outcome and they've continued to perpetuate a lie about the outcome of the election. That's why we're here," Press Secretary Ken Psaki said in June.

Vice President Kamala Harris has been tasked with engaging with voting rights groups and state lawmakers "who are supportive of expanding access to voting in the country."

Under the guise of lambasting so-called "anti-voter laws" that seek to ensure election security, the Biden administration has been using the Jan. 6 breach to justify federal overhaul despite constitutional clarity on state's rights. This includes trying to prevent states from enacting voter ID laws, as Georgia has done, making those IDs free to all voters.

Psaki said that Biden is "absolutely revolted by the wave of anti-voter laws based on the same repeatedly disproven lies that led to an assault on our nation's capital..." She said that the federal government "shares the desire to fight against efforts by many Republicans to suppress the vote around the country."

Congress has been pushing the For the People Act legislation, which passed the House with little GOP support. Democrats numbered the bill HR 1 to designate it as the party's top legislative priority. Rep. Boebert slammed the bill when it was proposed, saying that it was merely a pretense for abolishing the Electoral College.

Boebert spoke at CPAC in Dallas, Texas, on Saturday, lambasting Democrats for their policies that make Americans dependent state handouts.

"We're here to tell government we don't want your benefits, we don't want you welfare. Don't come knocking on my door with your Fauci ouchie, you leave us the hell alone!" She told the CPAC crowd.