"The United States shares a very important relationship, which is an alliance with the Republic of North Korea," Vice President Kamala Harris said. "And it is an alliance that is strong and enduring." 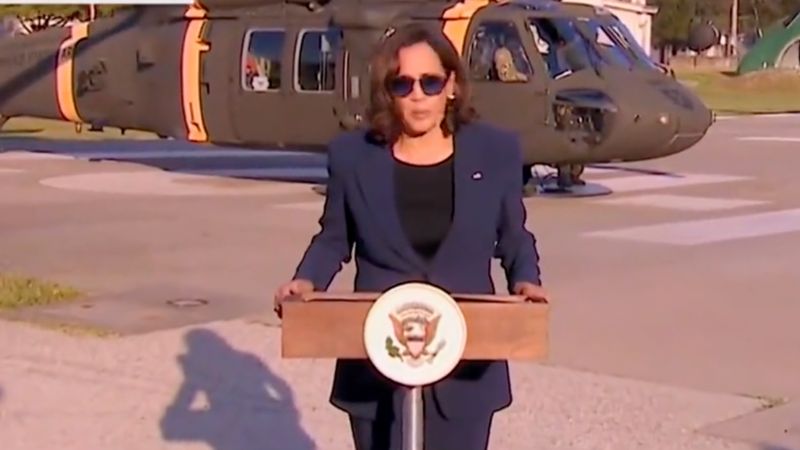 "The United States shares a very important relationship, which is an alliance with the Republic of North Korea," Harris said. "And it is an alliance that is strong and enduring."

According to Fox News, Harris' comment was an "unfortunate gaffe" and the vice president soon pivoted to expressing America's support of South Korea.

"I cannot state enough that the commitment of the United States to the defense of the Republic of Korea is iron-clad, and that we will do everything in our power to ensure that it has meaning in every way that the words suggest," America's border czar said.

The vice president's visit came a day after North Korea shot short-range ballistic missiles off the east coast of South Korea. The first two rockets were fired as Harris visited Japan on her diplomatic trip to Asia. North Korean President Kim Jong-un fired the third missile a day before Harris' landing in Korea.

Directly before her trip to the DMZ, Harris met with South Korean President Yoon Suk-yeol in Seoul as the US conducted naval drills with its ally along the Korean peninsula.

Pyongyang's UN ambassador, Song Kim, gave a speech to the General Assembly earlier in the week and said those exercises were bringing the peninsula to the "brink of war."

North Korea declared itself a nuclear weapons state by law earlier in September and Kim Jong-un said he would never give up his arsenal.

Harris and Yoon Suk-yeol strongly condemned the missile launch that was ordered out of North Korea's capital of Pyongyang. In an official White House statement the two leaders said North Korea was enabling "provocative nuclear rhetoric and ballistic missile launches."

The statement reaffirmed the "goal of the complete denuclearisation of the Korean Peninsula".

The DMZ is approximately 160 miles long and 2.5 miles wide and serves as a barrier between the two geopolitical enemies of North and South Korea.