"But the way that the guideline is now structured is leading to extreme disparities in the system because it's so easy for people to get volumes of this material now, by computers." 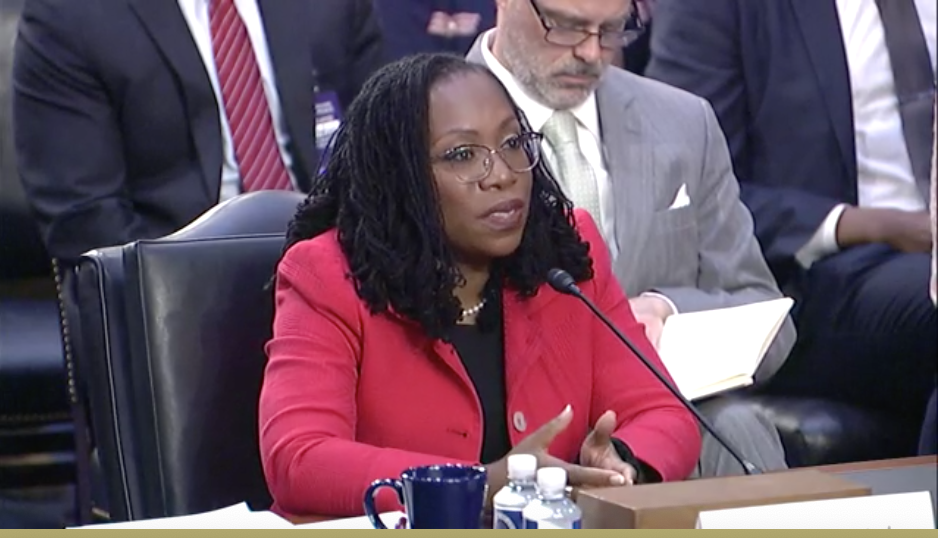 When asked at the outset of Tuesday's confirmation hearing about the light sentences she gave to child pornographers, Jackson spoke about the reasons why she did not impose harsher sentences that would have been more in line with federal guidelines.

"As you said, the guideline was based originally on a statutory scheme and directives, specific directives by Congress, at a time in which more serious child pornography offenders were based on the volume, on the number of photographs that they received in the mail. And that made total sense before, when we didn't have the internet, when we didn't have distribution," Jackson said.

"But the way that the guideline is now structured is leading to extreme disparities in the system because it's so easy for people to get volumes of this material now, by computers. So it's not doing the work of differentiating who is more a serious offender in the way that it used to. So the commission has taken that into account, and perhaps even more importantly courts are adjusting their sentences in order to account for the changed circumstances," she went on.

This argument is that the federal guidelines were inadequate to deal with the sheer quantity of child sex abuse images that proliferated online, and that holding suspects accountable to the number of images is not fair because those suspects have that many more of them.

Jackson's logic here is that the defendants in child pornography cases would be liable for simply too many images, and that these cases where the suspects have not created the images themselves or engaged in the physical act of abusing the child are merely "lookers." She noted during the confirmation hearing that without the lookers, there would be no market for this illegal, unethical, immoral, abusive material.

Yet, because there is so much of it, she and others in the judiciary have felt that the sentences are too harsh for offenders. The federal guidelines allow for greater sentences for those who use computer to access, possess, or distribute images of child sexual abuse.

Senator Josh Hawley broached concerns prior to Jackson's confirmation hearings that Jackson's sentences for those who possess and distribute these images were less than federal guidelines. During the questioning before the Senate, Jackson noted that the guidelines are not requirements.

In 2019, The New York Times dug into the number of images of child sex abuse that exist on the internet, and the volume of images has grown exponentially, and continues to grow. They wrote that "Twenty years ago, the online images were a problem; 10 years ago, an epidemic. Now, the crisis is at a breaking point."

While Jackson spoke about the crimes committed against children that are reflected and evidenced by child pornography, she also stated that the sentences recommended for those who possess these images is too harsh, despite the fact that the images would not exist were there not such an insatiable market for it.