Over $35 million worth of sports cars, homes, and cash were also seized in what was a major trans-Atlantic probe, targeting Canada’s most prominent wing of the Ndrangheta clan in Canada. 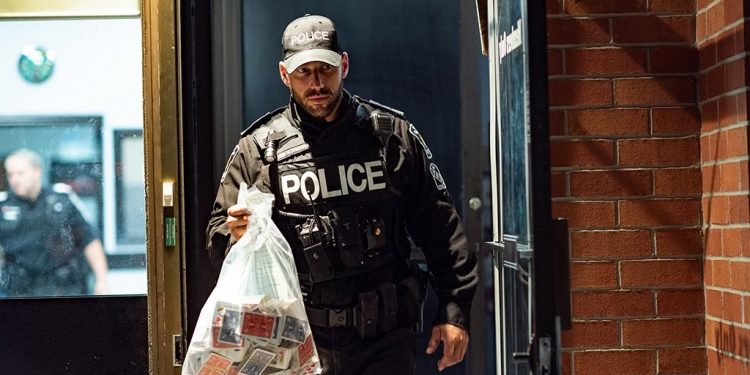 Update: a former version of this article incorrectly had “$26 million” in the headline.

Over $35 million worth of sports cars, homes, and cash were also seized in what was a major trans-Atlantic probe, targeting Canada’s most prominent wing of the Ndrangheta clan in Canada.

According to CTV, Police began taking initiative during the summer of 2017 when a sharp spike in shootings and arsons plagued the GTA city of Vaughan. “Project Sindicato” was launched, an effort that would target the group accused of conducting illegal backroom gambling dens in a number of cafes across town.

The bust is being called the largest in the province’s history.

According to Det. Sgt. Carl Mattinen to CTV News, the mafia group would lure in vulnerable gamblers, have them exhaust their resources and leave them penniless, to which they’d then loan the gambler’s money at high-interest rates. Once the gamblers were unable to pay up, they’d threaten physical harm.

“People in this cycle were gambling away their life savings,” said Mattinen. “The intimidation including shootings and arsons.”

Since the investigation began 18 months ago, York police surveilled cafes, the homes of alleged mafia members, and those associated with them. Along with this, they’d follow mafiosos to a number of Ontario casinos where they would launder their money.

Police estimate that the group racked up $70 million over the last few years, with money being laundered by the same usual suspects: real estate, construction, and financial services businesses.

At one point, the investigation went international. Mattinen says the ‘Ndrangheta mob has links to the city of Calabria, Italy. That’s when a group of York Regional detectives packed their bags and head to the Bel Paese to help coordinate raids against the Group’s large Canadian chapter.

As many as 500 officials then raided 48 homes and businesses across the GTA on July 14 and 15, where 14 people were arrested. According to Mattinen, “nine of them can be considered major players.”

Officers also seized a whopping 27 homes valued at $24 million, 23 luxury vehicles, as well as $2 million in jewellery and cash.

“Last night in Italy, the operation arrested 12 dangerous offenders,” said Lamparelli via translator. “They are closely associated to the Canadian branch of the operation.”

The group faces a number of charges including tax evasion, participation in a criminal organization, some firearms offences, and loan sharking.