On Saturday, September 3, 69-year-old German had been found stabbed to death outside of his home. 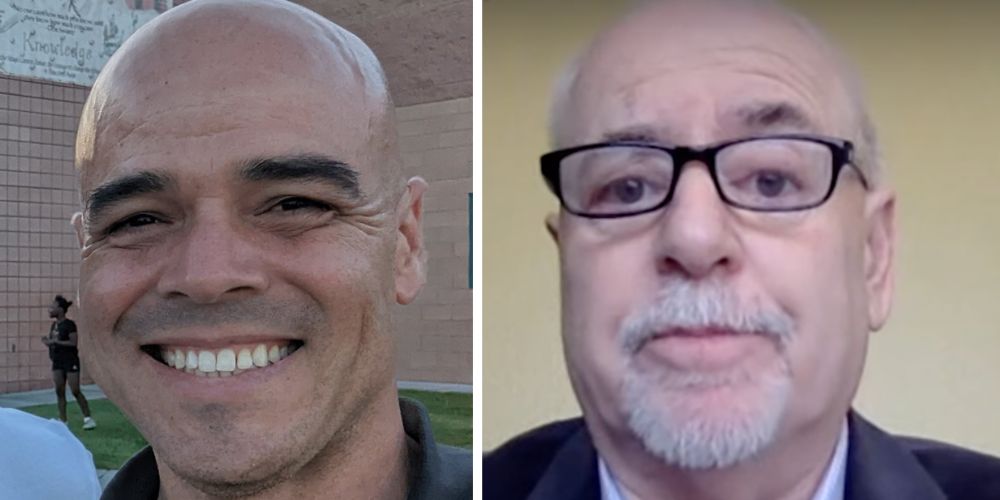 Update: Telles has been taken into custody by Las Vegas police according to CBS Channel 8 News.

On Wednesday, Las Vegas Police officials confirmed that a search warrant had been carried out that morning at the home of Clark County Public Administrator Robert Telles in connection with the recent stabbing death of journalist Jeff German.

According to 8 News Now, a large police presence was seen outside Telles’ home located near Charleston Boulevard and Hualapai Way.

On Saturday, September 3, 69-year-old German had been found stabbed to death outside of his home. The Las Vegas Metropolitan Police Department said that German had been killed on Friday morning, but that his body wasn’t discovered until the following day.

Police have released videos and images of the suspect and their possible vehicle. Police describe the vehicle as being a 2007 -2014 red or maroon GMC Yukon Denali with chrome door handles, a sun roof, and a luggage rack.

The Las Vegas Review-Journal stated that their reporters spotted Telles outside his home on Tuesday with a vehicle that matches the description issued by police.

German had worked for the Las Vegas Review-Journal, and had reported on turmoil inside Telles’ office in May. Allegations included "emotional stress, bullying and favoritism leading to secret videotaping of the boss and a co-worker outside the office."

Telles, a Democrat, lost his re-election bid in June’s primary following the release of the story on May 16.

Following Telles’ election loss, he took to Twitter to issue a number of Tweets slamming German and a new piece on his office.

"Does the @LVRJ know that @JGermanRJ may be doing double duty on their dime? Do they know he basically made a veiled threat to make me take down my site with the truth after I already lost the election? #LasVegas," Telles wrote on June 17.

"Looking forward to lying smear piece #4 by @JGermanRJ. #onetrickpony I think he's mad that I haven't crawled into a hole and died. @LVRJ #LasVegas," Telles continued on June 18.

Also on June 18, Telles launched into a thread equating German to an animal going through the trash outside.

"*Wife hears rustling in the trash* Her: "Honey, is there a wild animal in the trash?" Me: "No, dear. Looks like it's @JGermanRJ going through our trash for his 4th story on me." Oh, Jeff...@LVRJ #LasVegas," he wrote.

"Oh shoot. I left a pizza box and sushi containers in the trash. In the next article, I'm going to have mob and yakuza ties," he added, continuing on to say, "Typical bully. Can't take a pound of critism [sic] after slinging 100 pounds of BS. Up to article #4 now. You'd think he'd have better things to do."

According to the Las Vegas Review-Journal, German’s journalism career in the city spanned 40 years, with a focus on corruption and crime brought about by politicians, attorneys, judges, mob figures, police members, and more.

Following news of the stabbing, left-wing activists had suggested that German was murdered because of his investigation into the Oath Keepers, a conservative group. Law enforcement, however, is looking at Telles.