Fox spoke to The Post Millennial about the film, and how he hopes parents will learn about the harms of gender ideology and the insidious way it has been pushed into schools. 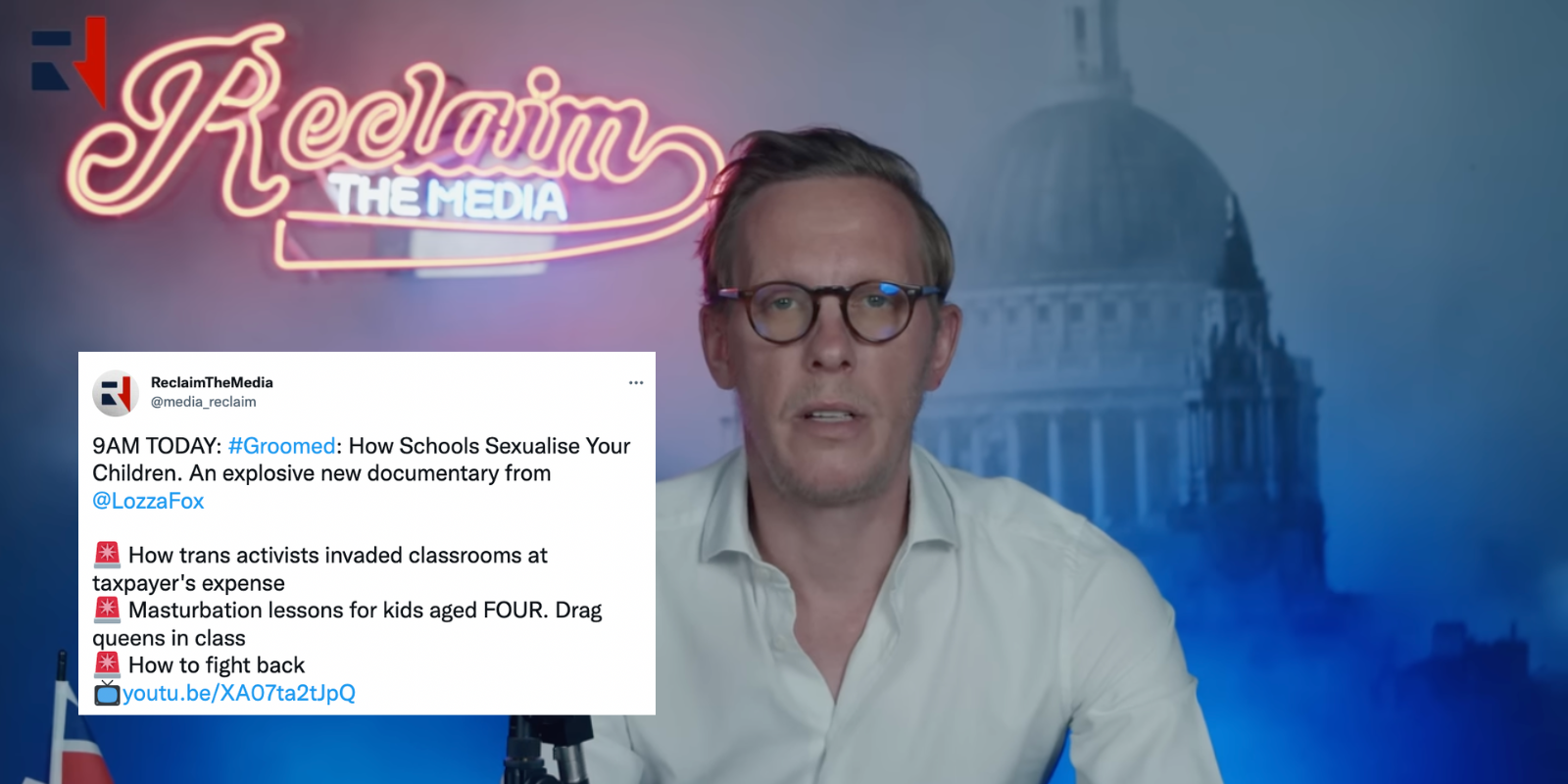 Actor Laurence Fox has released a new documentary to show parents just what they are up against with the infiltration of gender ideology into schools. "Groomed: How Schools Sexualize Your Children" is out from Reclaim the Media, and it's one of a growing number of films intended to fight back against gender identity indoctrination, which had been creeping along under the radar for more than a decade and has now emerged fully formed.

Fox spoke to The Post Millennial about the film, and what he hopes the parents who see it will learn about the harms of gender ideology and the insidious way it has been pushed into schools, and onto children, with parents barely even noticing what was going on. And he hopes parents see that how this indoctrination pushes the sterilizing of teens and young adults under the guise of "affirmation" and "gender euphoria."

Fox, a father, an actor, and a former London mayoral candidate has spoken out against several ongoing narratives, such as critical race theory and he criticized lockdowns and the stifling of British rights during the recent Covid pandemic. When gender ideology showed up in his home, the issue became personal as the state was now getting in the way of his parenting his own children. His experience and research into these issues have inspired Fox to launch a campaign for a new Children's Charter, to protect children from indoctrination.

He told The Post Millennial about an incident at home, with his son, when he routinely said "give me a hug before bed."

Fox said to his 14-year old son before bed, "'give us a hug,' and he said 'no, you need to ask my consent.'" Fox was taken aback, and asked what that was about.

"And then he explained to me," Fox continued, "that he was being taught at school about what consent was. And I said, 'okay, that doesn't sound like you have consent explained to you properly, you know, your parents are different from strangers.'"

From there, Fox reached out to the school to get a handle on what these lessons were. He asked what they were teaching, and explained that his son seemed "a little bit confused about what consent is."

Fox even likes the school, saying it's a "very good school," and when he heard back from them, he was surprised to find that these lessons were not of their own making, but had been imposed by the government.

He relayed that correspondence, noting that the school said "'we've had this problem that we're forced by the government to teach this stuff to kids. We have to teach them about their own personal private space and consent, all that sort of stuff.'

"And I said, 'Yeah, but that doesn't obviously apply to your parents.' So she said, 'Yes, we've had problems because one kid said at lunch that he doesn't consent to eating broccoli.'"

He discovered that those things which he felt, and most parents likely would feel were essential in any conversation about consent, like not touching other people or their private parts, isn't taught until year 9, when kids are already 14 or 15 years old.

He told the school that he had already been teaching his children about the importance of respecting personal space, "'I taught both my kids up to year nine, that you don't touch girls in that way, or boys in that way, or get in people's faces,'" And told them further "you should not teach my kids about consent anymore."

Fox began looking into the lessons being taught in this area at his children's other schools, as well as guidance put out by the government for the purpose of teaching children. He discovered that the UK charity Stonewall, which was once an advocate for gay rights but has now fully pivoted to focus on trans issues, has been influencing the government and educators on gender ideology.

In his view, once Stonewall got the win with gay rights, they "had to find something else to do," and trans was it. Stonewall met its goals, but it still wanted to hang around and collect money. "Every project has to have a finite goal," Fox said. Instead, gender ideology became Stonewall's focus, and that ideology was pushed into UK schools. Stonewall has advocated for "gender affirmation" for toddlers.

Fox intends for this documentary to show parents what is being taught in what are really just "indoctrination classes." In the UK, these classes are called PSHE, or Personal, Social, Health, Economic. In the US, they are referred to as Social Emotional Learning, or SEL.

The guidance for his 10-year-old's school was even more egregious. The students were being taught comprehensive lessons about white privilege, diversity, equity and inclusion, and that biological sex does not correspond to gender identity. In other words, that your body does not tell you if you're a girl or a boy, some other amorphous, unspecified feelings do.

"And I think that's a really weird thing to teach to 10 year old kids," Fox said. "Because my 10-year-old is kind of becoming a boy, he's prepubescent, he's definitely got the hormones going. And I'm cautious about them teaching that. The school also has quite a large number of trans kids compared to the population. So it's definitely a school which is promoting this ideology."

He reached out to the school to opt his son out of those sets of classes, saying he doesn't want his son to be "taught this stuff which is contested."

"Queer theory is very, very contested. It's not set in stone," he said. So it's not that we all agree. So I'd love an evolving dialogue. I'm not against an evolving dialogue, I think that's a really good thing to have. But what I can tell you I'm against is when anyone says, 'well, you can't question the evolving dialogue. Because if you do, you're transphobic, or homophobic, or racist,' or whatever it is. Then it feels like we're having an ideology imposed on us, rather than a conversation."

"We should have a conversation whereby people can disagree on fundamental issues," Fox said, "so someone can present an argument and others can respond to it. This is the historical crucialness of what it is to be a human being and it's just been taken away from us."

"I got banned off Twitter's day for saying that men can't have abortions," he added.
Once the documentary was out, revealing the origins of these lessons and how they are being pushed into schools, with hardly even an escape valve, Fox shared it on a "passive aggressive" parents' Whats App group, as a resource so parents could be made aware of what's going on.

Some in that group reached out and said the documentary was simply not appropriate. In response, Fox said "'I'm sorry, I thought this was a parents group where we discussed our children.'" He was called a plethora of names, from transphobic and homophobic to fascist. This by primarily wealthy parents. "This school is full of rich people," Fox said. "There are no poor people in this school. It's such a boring school. You know, it's people that walk out in Extinction Rebellion t-shirts, going on about climate change getting out of limousines."

"I don't know why this is such a big deal for rich, white people," Fox said.