"I couldn't resist the offer to enter his world and tell his truth. So on one level we are both being un-canceled – Hunter's story and Hunter's truth can finally be told." 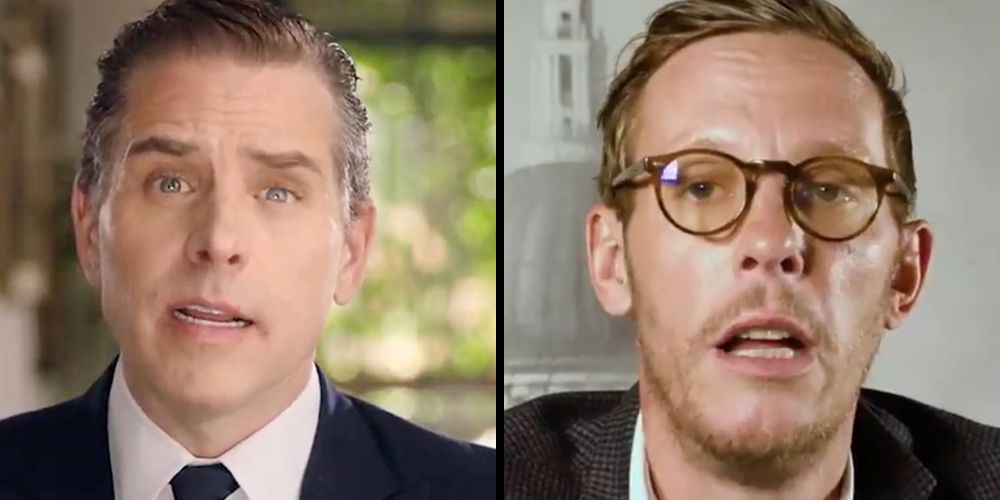 Laurence Fox recently made public his next acting project will be for a movie about the son of the President of the United States, and "exposing Biden family corruption."

According to the Daily Mail, the conservative firebrand actor and politician is tapped to play Hunter Biden in an upcoming film called "My Son Hunter."

"Hello, I have some really good news – or really bad news depending on which side of the ever-widening political divide that you sit. I have been temporarily un-canceled and asked to don my acting shoes again," Fox said in introducing the project announcement.

Director Robert Davi is quoted as saying that someone with both acting chops and a "brilliant mind" was required to fit the vision.

POLITICO finally confirmed the files on Hunter Biden’s laptop are authentic. It was only last week that The New York Times labeled the Hunter Biden laptop story as unsubstantiated. As for the past year we’ve learned that both federal prosecutors and social media platforms alike have downplayed the scandal as to not impact the 2020 election results.

It’s that pent up energy that Laurence Fox seeks to tap into.

"It's a brilliant, surreal and funny script, basically because it's true," he said. "The Hunter story fascinates me so much, especially the vigor with which the mainstream media continue to try and suppress it. I couldn't resist the offer to enter his world and tell his truth. So on one level we are both being un-canceled – Hunter's story and Hunter's truth can finally be told."

There’s a plethora of material to work with: from allegedly lying on gun background checks, to admitting to the theft of a second laptop, to the de-facto fact checks by homeless crack addicts roped in as characters of Hunter’s memoir.

A recent piece in The Atlantic highlighted the themes that this Hunter Biden film project is attempting to evoke. Writer Casey Michel describes an ethical nightmare surrounding both the inflated pricing of Hunter Biden’s artwork, and why that matters given the one-on-one purchase access the son of the President of the United States is having with potential buyers.

For what art critics estimate is worth roughly $1000 in terms of factual talent, is forecasted to fetch upwards of $500,000 USD in the case of Hunter Biden (per his gallerist Georges Bergès).