Lawmakers push back against medical transition of minors

The proposed laws would prevent medics from pursing the ideologically-motivated, dangerous cash cow that is pediatric transitioning. 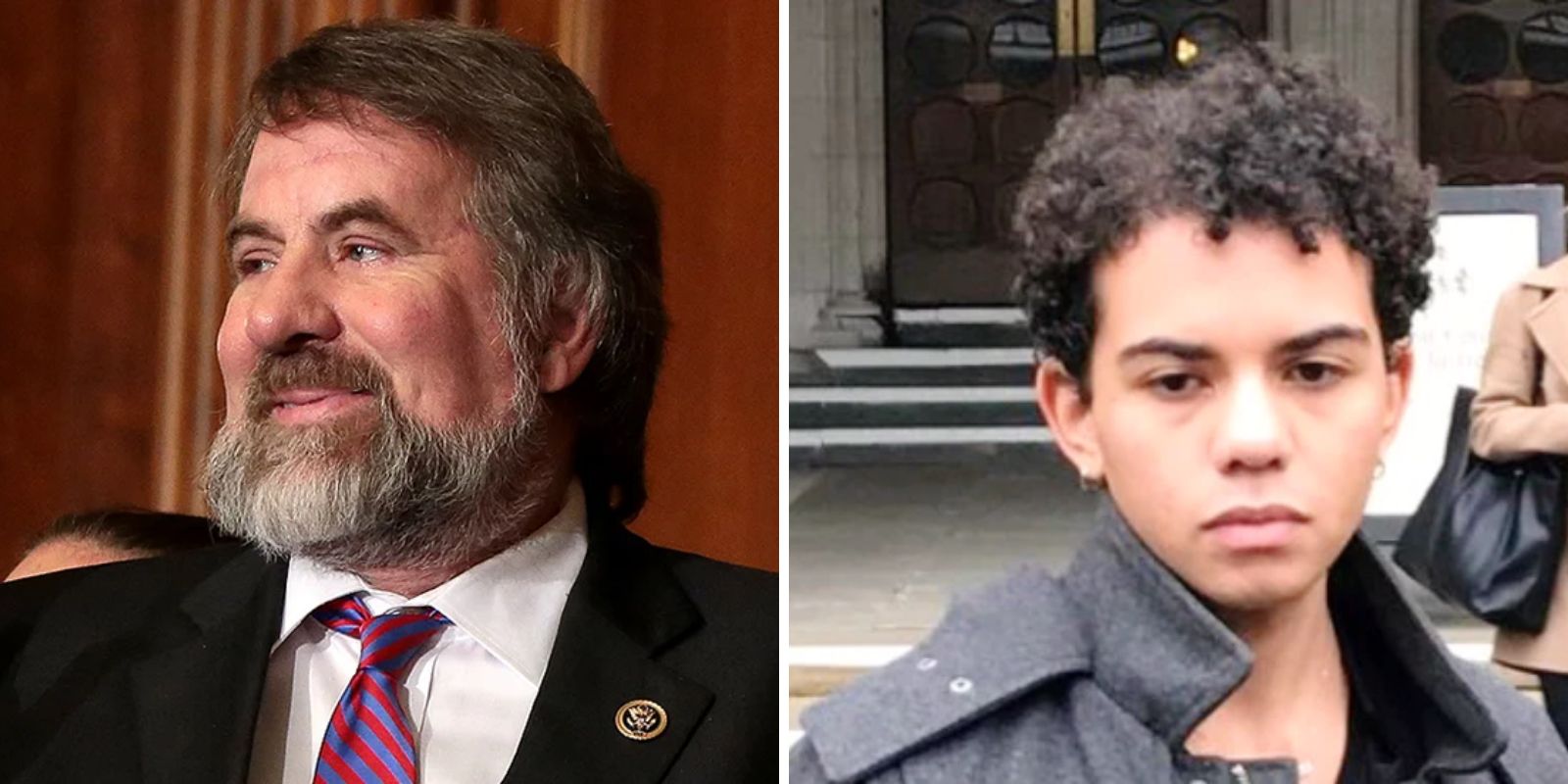 Lawmakers are taking the bull by the horns and tackling pediatric transitioning, the currently lawful—but certainly harmful—practice of labelling children "transgender" then subjecting their bodies to irreversible medical and surgical procedures.

In response to the growing numbers of detransitioners, on Aug. 11, Republican California congressman Doug LaMalfa introduced a proposed legislation that would prohibit medical authorities from performing any more of these disturbing, unethical, ideologically-motivated procedures on children in the United States. He has introduced two bills to counter what he describes as the "growing push to normalize early and aggressive" medical treatments for children who think of themselves as transgender.

He said "Our society has quickly 'normalized' gender experimentation under the guise of an 'accepting' political ideology rather than biological reality. Even more troubling, children are undergoing experimental treatments, like being injected with puberty-blocking hormones and cross-sex hormones, which have irreversible consequences, such as permanent sterility.

"Both the Protecting Children from Experimentation Act and the End Taxpayer Funding of Gender Experimentation Act aim to protect children and taxpayers from paying the high price of these unethical medical interventions. As minors, children cannot vote, join the military, or open a bank account; it's our job as society, and especially parents, to protect them from making life altering gender experimentation decisions that they may likely later regret."

In March, the BBC reported on Keira Bell and Sue Evans' lawsuit against the Tavistock Gender Identity clinic in the United Kingdom. Bell is a young woman who, having been subject to pediatric transitioning by the clinic, detransitioned in early adulthood and says that she was rushed into irreversible and health-damaging hormonal interventions she had come to regret.

Since then, both the BBC and the NHS have responded to looming litigation by quietly removing guidance which claims that pediatric transitioning protocols are reversible. In other words, they have brought their advice in line with available evidence. Even the pediatric transitioning lobby group Mermaids recently changed its page of diagnostic criteria for transgenderism in children, which commentators noted were coterminous with diagnostic criteria for autism. The litigation risk is finally being acknowledged.

Bell, now 23, wrote "I was a gender non-conforming child and later struggled with hatred for my female body, low self-esteem and found it hard to connect with people throughout my teens. At the age of 14 I really began to struggle with my sense of identity and especially the thought of becoming a woman. I thought I found the answer to my problems when I discovered transsexualism and stories of transsexual people on the internet. Soon after, I began to pursue this path."

She went on to write "As an adult I now realise that medical transition was unnecessary and something I wish I had avoided. However I have now been left with the life-long consequences of medical treatment for gender/sex dysphoria (including a deep voice, facial hair and no breasts). I had peripheral doubts on and off throughout transitioning but pushed through these after reading online comments by other trans people that doubt is normal and by being affirmed as a boy by the clinical team that worked with me. I now reject the harmful concept of gender identity (in terms of your brain and/or soul having a gender) and the idea that someone can be born in the wrong body."

She repeatedly says that she wishes the adults around her had challenged her more on her wish to change her body to match an unrealistic image in her head, and characterizes what was done to her as conversion therapy comparable to discredited attempts by religious groups to stop people being lesbian and gay.

The lawsuit was brought following the resignation of several whistleblowers at the clinic who raised concerns about the 4000 percent increase in the number of girls referred for pediatric transexual medical regimens, in a context where there was no reliable evidence that such procedures had any positive mental health benefits whatsoever for the condition of gender dysphoria, and where clinicians were sending children away after one hour of counselling with a prescription for cross-sex hormones.

Liz Truss, UK Minister for Women and Equalities, recently announced plans to ban experimental transsexual medical procedures on children and young people under the age of 18. The government's announcement on this is still pending.

Meanwhile, vocal opposition to pediatric transitioning, which medics disproportionately do to girls, is building Stateside. Journalist Abigail Shrier recently published Irreversible Damage: The Transgender Craze Seducing Our Daughters. Although the book is well researched—Shrier conducted 200 interviews and spoke to 50 families of adolescents, plus doctors, psychologists and researchers—Amazon moved to censor it by banning advertisements from its page.

Shrier gave an interview for Joe Rogan in which she said girls are "self-diagnosing... You walk into Planned Parenthood, you sign a waiver, you decide you have gender dysphoria, you walk out that same day with testosterone... You can get your breasts removed with no therapists' note."

There are no objective criteria for gender dysphoria, and no limits on the seriousness of the surgeries to which you can submit your body. Cross-sex hormones and removing healthy organs is not reversible.

'Trans" is a label young people are applying to themselves, based on propaganda on the internet, only for adult medics to follow teenagers' orders and dish out what they want, on demand, as though they are merely mechanics being asked to work on a car. This should sound alarm bells for parents, and for anyone whose professional status depends on abiding by the "first do no harm" element of medical ethics.

In the US, as in the UK where they are used "off-label," the powerful drugs used to delay the natural onset of puberty in children whose parents and medics have decided they are 'transgender,' have not been approved by the Food and Drug Administration for that purpose, and there is no evidence from long-term studies to support either their safety, in terms of damage to bone and brain health, or their effectiveness in treating the mental health condition of gender dysphoria. However, evidence that puberty blockers cause lasting damage to both brain development and bone density.

Puberty blockers can also interfere with the development of a child's germ cells, leading to infertility. The medical industry being as it is, some recommend cryogenic freezing of children's sex cells instead of simply not administering the same drug used to chemically castrate Alan Turing. Letting children grow up naturally would be too sensible, and not profitable. Letting children reach maturity before judging whether to have children of their own is too much to ask the ideologically-captured medical system.

Most crushingly of all, there is no evidence that these ghoulish, ideologically-motivated procedures help the children's mental health in any way. Such follow-up care as is given—and it is patchy, at best—yields data which showed no decrease in mood or anxiety disorders for those who transitioned medically. On the contrary, individuals who underwent surgery were more likely to be treated for anxiety disorders than those who did not.

The proposed legislation marks a watershed moment, a turning of the tide. The proposed laws would prevent medics from pursing the ideologically-motivated, dangerous cash cow that is pediatric transitioning, compelling practitioners to acknowledge that—via a strategy of watchful waiting—85-95 percent of children will pass through puberty and come to accept their sexed bodies. This change cannot come soon enough for the thousand of families distraught that their children have been captured by the transgender cult, yet powerless to prevent them being sterilized and mutilated in the name of a bizarre belief system.

The tragedy is that it is too late to help the detransitioners, like Keira Bell, who wish their had been adults in the room when she was in the grip of transgender ideology.