Left-wing journalist alerts Antifa to Andy Ngo's location, then they try to blind him with lasers 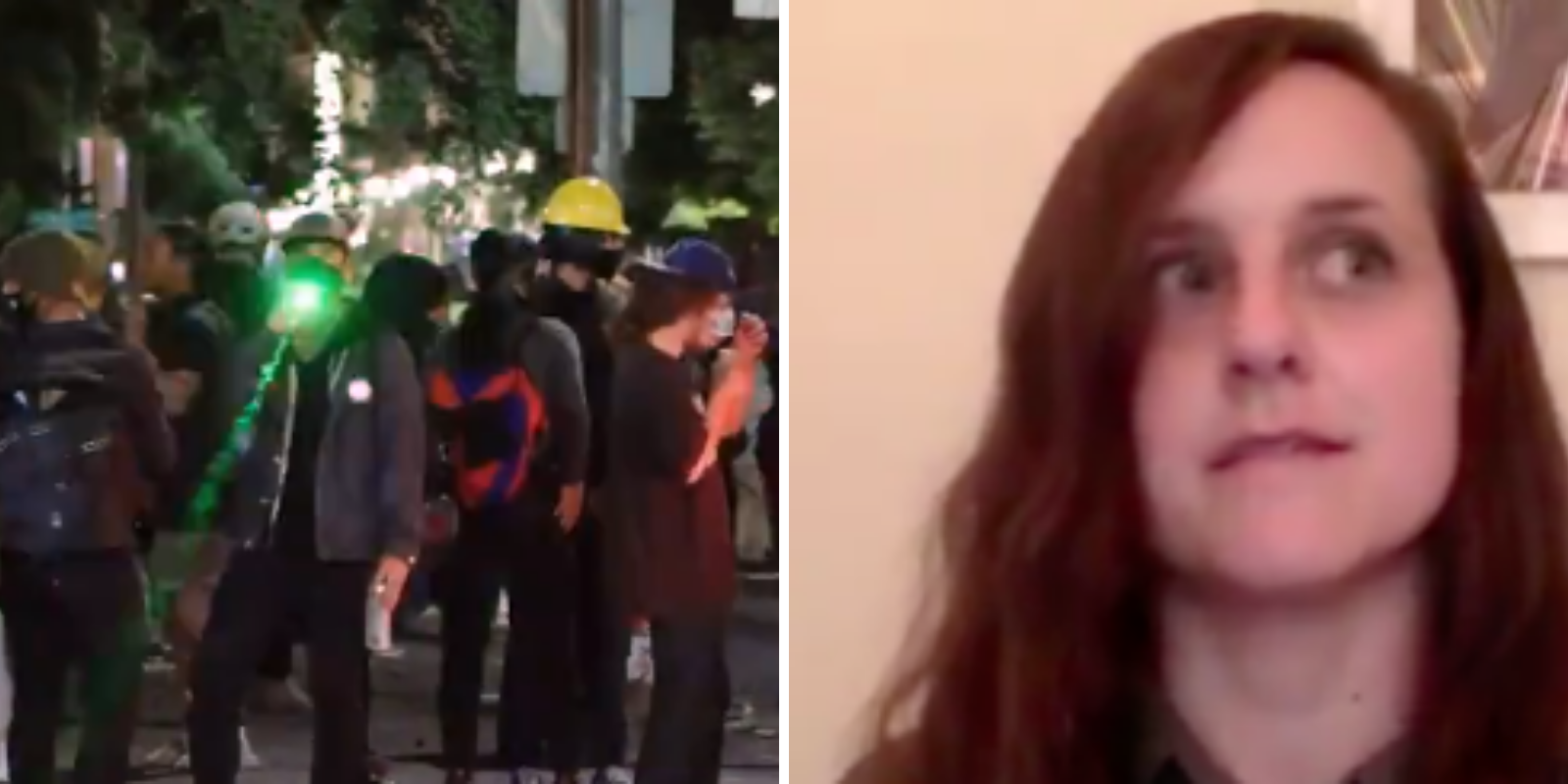 Alex Zielinski alerted Antifa militants to Andy Ngo's whereabouts during rioting in Portland where Ngo was reporting undercover. Zielinski's revealing of Ngo's location endangered both Ngo and those around him. Shortly after, Ngo was attacked by lasers in an attempt to blind him.

Ngo, editor-at-large for The Post Millennial, has been reporting on the Portland riots which have been going on nightly for two months.

"Heads up all, it looks like Andy Ngo is here, wandering around with @KOINNews reporters. I don't think they're aware," Zielinski tweeted mid-riot on June 20th. She is undoubtedly aware that Antifa brutally assaulted Ngo last year, leaving him with a brain hemorrhage.

Still, Zielinski pointed a digital finger to where Ngo was. Antifa immediately tried to blind him with pocket lasers, damaging his eyes and scarring him with light sensitivity. Then they confronted him.

Earlier this month, federal agents were blinded by these lasers, and may never recover their eyesight.

Scientific American reported that green light pointers are not manufactured under federal regulations, are improperly imported to the US, and far exceed safety limits.

However, Ngo had to plead with local news crew to leave the scene with them or face another violent attack that could lead to physical violence against him.

"Even though Zielinski & I disagree on politics, I would never try to hurt her. I'm airing this now because the public should be aware of how local journalists work hand-in-hand w/antifa," Ngo explained on Twitter.

Last year, Zielinski interviewed a pseudonymous Antifa informer who made a sensational claim that Ngo was secretly collaborating with right-wing group Patriot Prayer. Ngo denies the allegation. He was never contacted for comment by Zielinski. Reason reported that Portland Mercury’s alleged video evidence did not support the explosive accusation.

Ngo allegedly tagged along with Patriot Prayer to film a violent scuffle with Antifa at Cider Riot, a left-wing sympathetic restaurant, only turning his camera on Antifa when members entered the scene.

"Right-wing writer Andy Ngo is with the PP group the entire time as they plan out their attack," wrote Zielinksi on Twitter. "He smiles as they joke about being outnumbered. There's no way he couldn't know the group was planning on instigating violence against people at Cider Riot."

The lie was then propagated everywhere and widely cited in Vice,  The Daily Dot, and The Inquisitr as leftist propaganda, asserting that Ngo was a co-conspirator with the right-wing group. Ngo maintains that he was not.

Ngo acknowledged that he was never reached for comment and has had no opportunity to date to respond to the pseudonymous accuser.

"It appears that now Alex Zielinski is trying to get me killed because she was unable to stop me from reporting," Ngo tweeted.

The Post Millennial reached out to Zielinski for comment about her actions in outing Ngo and she replied "I don't know him. Sorry!" When asked for clarification of that, she said "I don't know him or have anything to say about his comments about my month old tweet."

Later, she tweeted that she had been offline for a few days, but that she had tweeted "during a protest" that "someone with a history of putting Portlanders' lives in danger" was "filming protestors in the crowd while 'undercover.'"