Liberal MP accuses his own party of ‘pandering’ to Sikh separatists

A Liberal MP has accused his party of kowtowing to Sikh separatist interests. 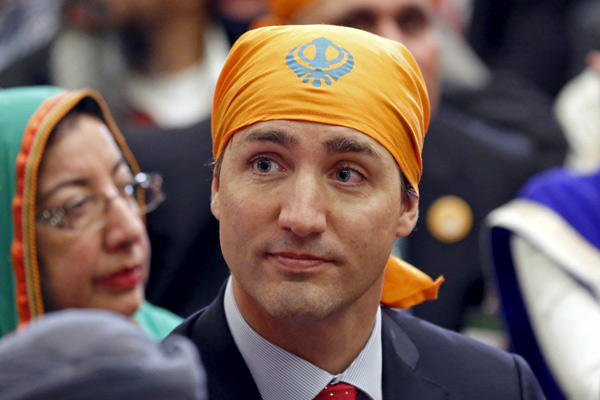 A Liberal MP has accused his own party of kowtowing to Sikh separatist interests.

Liberal MP Ramesh Sangha represents Brampton Centre and criticized his own party on a Punjabi television interview for “pandering” to those who want an independent Sikh state.

“There is no doubt, there cannot be two opinions that the Liberal party is pandering (to) Khalistan supporters,” said Sangha on the TV channel 5AAB.

“One thing is for sure when we raise this issue, it will raise an anti-India slogan or demand the division of India on some ground. In that, ultimately our relations, the Canada-India relationship will certainly develop cracks.”

Sangha went on to say that the Liberal Party had a “soft corner” for Khalistan supporters and accused a number of fellow MPs of being pro-separatism.

“(The prime minister) said in strong words that we don’t want a divided  India, we want a united India and we will work for that,” said Sangha.

“Sikh ministers, MPs of our Sikh brotherhood, these brothers of mine, they have their own … These are their own views and as long as they demand it, it is viewed that they are separatists. When this vie surfaces, India also voices its hard view.”

The Prime Minister’s Office released a statement on the claims.

“Canada’s position on a united India is unwavering and we are unanimous as a government on this issue. Canadians have the right to freedom of expression and speech and they have the right to peacefully express their views,” claimed the statement.

This isn’t the first instance in which Trudeau and his government have been accused of appealing to Sikh separatists.

Singh claimed that the Liberals made a “knee-jerk decision that was clearly aimed at protecting its political interests in an election year.”

Ever since Sikh separatist and attempted murderer Jaspal Atwal was invited to an official event with the prime minister while Trudeau was on his disastrous India trip, relations with the Indian government have been at an all-time low.