"The media room let out a collective gasp," reported CNN from their personal warfront against American judges talking about lunch. 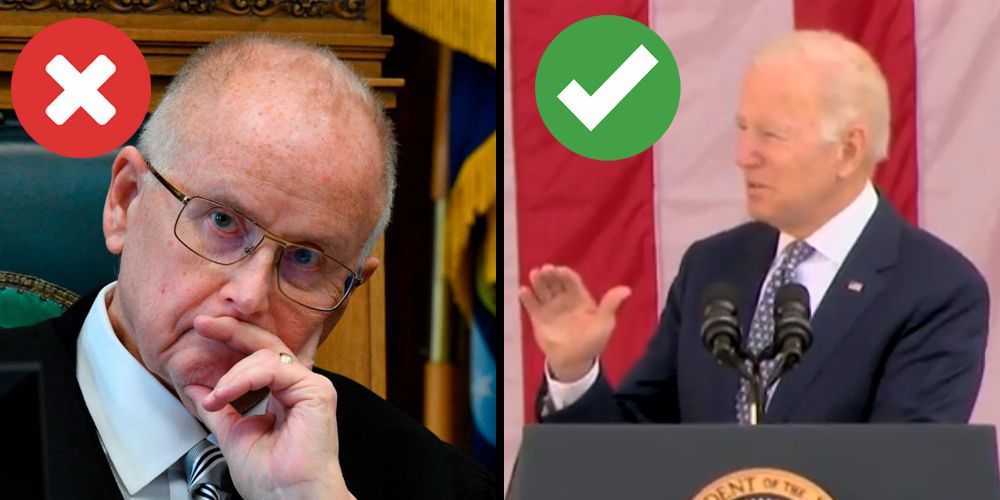 The corporate media wants you to be mad today about what Judge Schroeder said before the lunch break in the Rittenhouse trial. But they want you to ignore President Biden’s direct usage of "negro" during a Veteran’s Day speech.

"The media room let out a collective gasp," recalled CNN’s Julia Vargas Jones from the frontlines of the Rittenhouse newsroom warfront.

Another brave CNN warrior, Kyung Lah, shared the travesty. However it was Nicole Chavez that had the courage to write an article calling out Judge Bruce Schroeder’s remark.

Chavez called the judge’s remarks offensive and "perceived as anti-Asian by some," even asserting what Judge Schroeder meant was: Asians were to blame for President Biden’s supply chain crisis.

This is the interpretation of the article’s writer and is not even supported by the reaction quotes from activists she mentions within.

The reality, according to Julio Rosas of Townhall: "I'm in the media room. I chuckled and maybe a few people gasped. It was not some unanimous reaction."

CNN’s Nicole Chavez was gracious enough to mention that Judge Schroeder previously dismissed a juror for making a joke at the expense of Jacob Blake, at least.

Daily Beast columnist Wajahat Ali proclaimed:"This dude should just put on the hood and show off his Halloween costume."

During the Trump White House (their version of D-Day), CNN pleaded that you remember the brave…. and by that, they meant their own staff. "We thank soldiers for their service because they devote themselves to protecting our freedoms, and we should. But we should also thank the media for the same reason – especially when the stakes have never been higher."

Meanwhile the folks at Mediaite are defending Joe Biden. "No, Joe Biden Did Not Refer to Satchel Paige as a ‘Negro’ During Veterans Day Speech" they wrote in a piece.

"I've adopted the attitude of the great negro at the time, pitcher in the Negro Leagues, went on to become a great pitcher in the pros and Major League Baseball after Jackie Robinson. His name was Satchel Paige, and Satchel Page, on his 47th birthday, pitched a win against Chicago…" Biden says in the video.

The Mediaite piece offers nothing in terms of substance to argue against President Biden’s exact words. All they have to offer is a different interpretation of what the writer thinks he meant.

Circumstances like today are what previously led Judge Bruce Schroeder to criticize the "reputable" media last week for their framing of reporting.