A video of a German pride event where adults appear to be participating in the "puppy play" fetish with a child has garnered criticism after being reposted by the "Libs of TikTok" Twitter account. 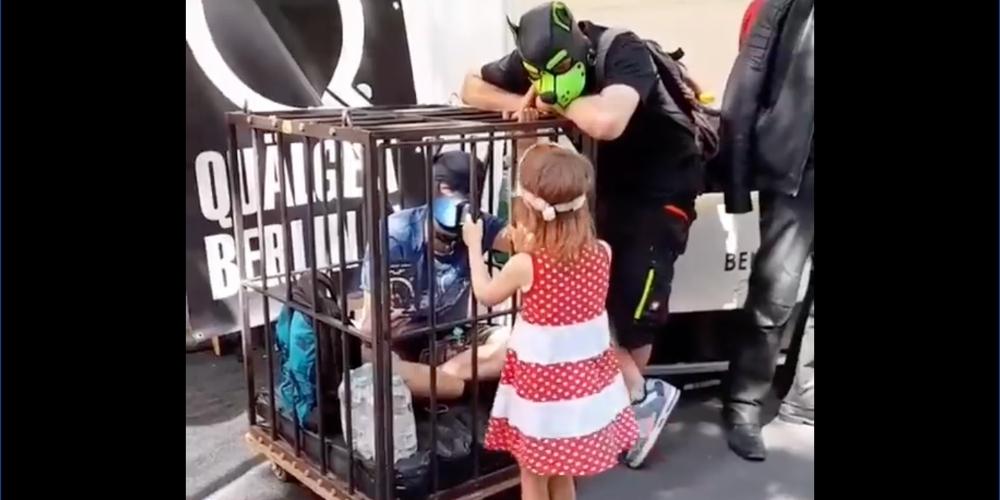 A video of a German pride event where adults appear to be participating in the "puppy play" fetish with a child has garnered criticism after being reposted by the "Libs of TikTok" Twitter account.

In the video taken on July 17 in Berlin, a young girl can be seen dancing and hanging onto the outside of a small cage, where an adult male in a dog mask is sitting, while another masked man is looking on. The footage cuts to another clip of the girl riding inside of the cage with one of the men while the other wheels it down the street.

The video, originally posted to TikTok by user "wooleowoo," has since been deleted from their account.

In the United States, the fetish has made its way into the federal government, with the new hire of Deputy Assistant Secretary of Spent Fuel and Waste Disposition in the Office of Nuclear Energy, Sam Brinton. Brinton, who identifies as genderfluid, was pictured participating in puppy play on multiple occasions.