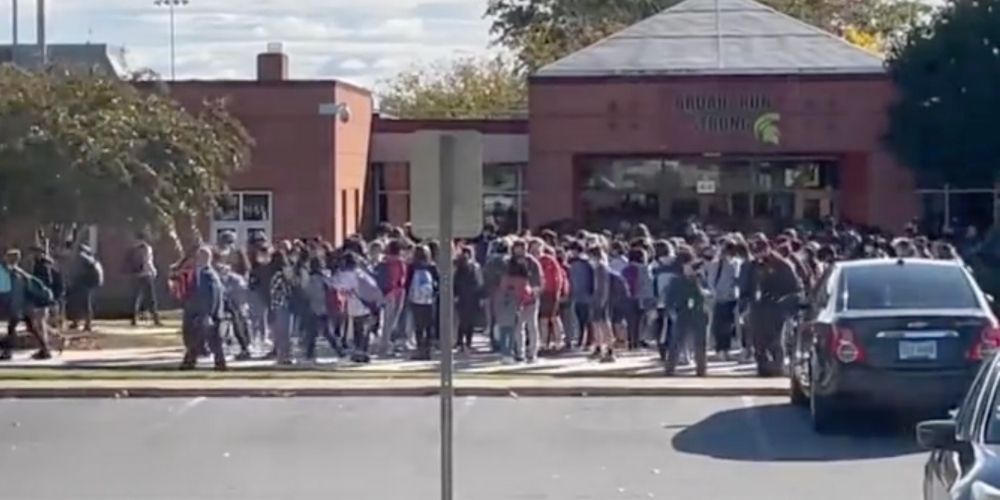 On Tuesday, students from multiple schools in Loudoun County staged a walkout in support of victims of sexual assaults that have occurred in the school district in recent months, urging for safety in their schools.

One of these walkouts occurred at Broad Run High School, where on October 6, a female student was sexually assaulted after being forced into an empty classroom.

In a post on social media obtained by WUSA9, organizers of the walkout said the protest is to "show solidarity to victims of sexual violence and demand safety in our schools."

Loudoun County High School principle Michelle Luttrell said that they were aware of the plans for the walkout, and supported their right to protest.

Luttrell said before the walkout that they planned to provide a supervised environment on the school's from lawn for the protest to take place, watched over by school security and resource officers.

"Students who choose to participate will not be penalized for their participation; however, we do ask that students who participate do so peacefully, without signage, and in accordance with the Students Rights and Responsibilities we all reviewed and signed at the beginning of the year," Luttrell said.

"The top priority of Loudoun County Public Schools is the safety and security of students and staff. Keeping this in mind, Loudoun County High School will provide a designated, safe space for students to exercise their freedom of expression," Luttrell said.

In one video from Broad Run, students yelled "Loudoun County protects rapists," and questioned "why was a rapist allowed in our school?"

The assailant that assaulted the female student at Broad Run has been identified as the same student who sexually assaulted a female student in the bathroom of Stone Bridge High School on May 28. That student was transferred to Broad Run for the 2021-2022 school year.

On Monday, a Virginia court ruled that the student "engaged in nonconsensual sex."

According to ABC 7, sentencing for charges relating to the May incident will occur after a Loudon County Judge determines the outcome of the second set of sexual assault charges against the same teen stemming from October's incident.

Sentencing could occur as early as November.