WATCH: Father of girl who was allegedly raped by transgender student in girls' bathroom speaks out as parents demand superintendent resign

When asked about a second sexual assault case that happened on October 6, Smith said that "this is in fact, the sexual predator that assaulted my daughter." 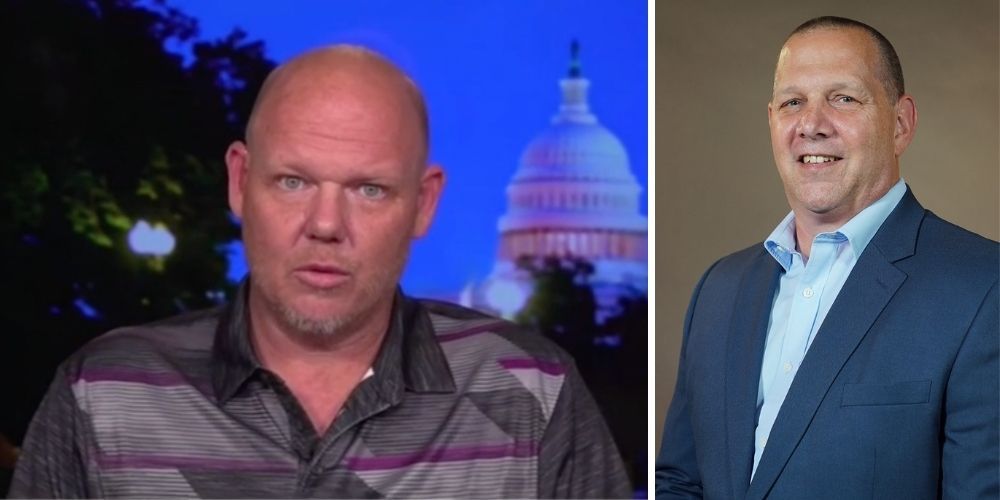 At a Loudoun County School Board meeting on Tuesday, more than 60 parents, students, and residents demanded that Loudoun County Superintendent Scott Ziegler resign from his position following allegations that the school district covered up two sexual assaults that took place.

Concerned parents pointed to two alleged sexual assaults. The first reportedly took place on May 28, with Scott Smith, the victim's father, claiming that his ninth-grade daughter was assaulted in a bathroom by a boy wearing a skirt, according to the Daily Wire.

"We can confirm a May 28, 2021 case that involved a thorough 2-month-long investigation that was conducted to determine the facts of the case prior to arrest," the sheriff's office told Fox News. "This case is still pending court proceedings. The Loudoun County Sheriff's Office is not able to provide any documents that pertain to a pending case."

The sheriff's office confirmed that the case involved sexual assault.

Despite this case, Ziegler said at a June 22 board meeting that "the predator transgender student or person simply does not exist," and that to his knowledge, "We don't have any record of assaults occurring in our restrooms."

Speaking with Laura Ingraham on Tuesday, Smith said he had attended that June 22 school board meeting to "find out why our children weren't safe."

"And I went to see what was going on after my daughter had been assaulted. And you know, there was some crazy stuff being talked about, people for things, against things. I wasn't there for any, you know, I'm good with gay people, cross-gender people, everybody, anybody who wants to be a good American, I'm good with, I went there to find out why our children weren't safe," said Smith.

Smith said that at that meeting a parent activist approached his wife and "started antagonizing her." Smith attempted to explain what had happened to his daughter, to which the parent activist said "that's not what happened."

"And that just struck me like, how do you know what happened? You don't even know me," said Smith. "And then she kept going in and the police came and you know, the officer was trying to help out he said, we needed to be kind to one another.

"And I said, okay, and I turned my head and she started in on me again and threatened my family business, my livelihood, everything that, you know, gives my family what we need. She threatened to ruin my business on social media. The next thing I know, I'm getting touched from all over the place. I didn't know who was touching me who was grabbing me. I turn around, the police are grabbing me and next thing I know I'm tackled to the ground. I'm just shocked and horrified," Smith continued.

Smith said that he believed the school board members "had full intentions on trying to shut that thing down early," referring to the June 22 school board meeting. He said they were tuned out, "they were reading magazines. It was a joke."

When asked about a second sexual assault case that happened on October 6, Smith said that "this is in fact, the sexual predator that assaulted my daughter."

"We were under the impression from the prosecutor, that this sexual predator was being held on in house arrest with an ankle monitor, and would not return to school until these court sessions were done. You know, you're innocent until you're proven guilty. I understand that. But we do have to protect everyone at the same time," Smith continued.

"I was told by everyone, my attorneys, the prosecuting attorney, friends of the family, people I don't even know that if I want to justice for my daughter, that I needed to keep my mouth quiet. And not speak out. Because in order to get justice for my daughter, which is the most important thing to me, of course, was to not come out and let justice prevail," he added.

Smith said that he felt the school board abandoned his family when they went on break for the summer, leaving them to pick up the pieces. "But the good news is, my daughter's doing very well. God bless. She's a survivor. She's a winner."

In an interview with Tucker Carlson, Luke Rosiak, the Daily Wire reporter who broke the story, discussed the arresting of Smith at the June 22 school board meeting.

"Yes, this story is one of the most disturbing I've ever worked on," said Rosiak. "It raises the possibility that the Loudoun County Public Schools covered up the rape of a 14-year-old girl at the hands of a boy wearing a skirt in order to pass a school policy that Democrats were adamant about passing."

"And as a result of concealing that a second girl was raped last week. And to prevent all of this from coming out, potentially they arrested the father of the victim tried to put him in jail. And he's now the face of domestic terrorism listed by listed individually by the National School Boards Association all for coming to that meeting," Rosiak continued.

"He didn't come to that meeting because he's a bigot," Rosaik said of Smith. "A lot of people thought they knew that guy, they trotted out his picture. His embarrassing picture with his belly hanging out in his bloody face. They all thought they knew him. They knew nothing about him. This was a caring father who was involved because of something very personal that happened to his daughter. And if they would have shut up and listened to him for 30 seconds, they would have been heartbroken. instead. They demeaned him, they arrested him and tried to put them in jail."

The school board passed the controversial 8040 policy on August 11, which requires teachers to call students by their preferred pronouns and allows people to use the restroom that aligns with their preferred gender.

At another school in the district on October 6, a 15-year-old boy was charged with sexual battery and abduction of a fellow student, according to the sheriff's office.

"The boy allegedly forced a female victim into her empty classroom where he held her against her will and inappropriately touched her," reported Fox News. Reports have connected the two assaults, though police have not stated definitely whether they are connected.

"These incidents were reported immediately to the Loudoun County Sheriff's Office, and LCPS cooperated fully with the investigations," a spokesperson for Ziegler told Fox News. "Any information related to student information is confidential under state and federal laws regarding student privacy."

At a school board meeting on Tuesday, angry parents demanded that Ziegler resign from his post.

"This is not China, this is the United States of America, and we will not be silenced," one mother said, according to Fox News. "Remove the superintendent immediately and then resign for your negligence and duplicity. End this nightmare!"

"The 8040 policy was rushed through to a vote without consideration for the safety of all students, simply to satisfy a liberal agenda – a policy that you knew full well would allow our children to be abused inside our schools," one mother said at the school board meeting. "At least two young women are recent victims of sexual assaults in our high schools, one of them in a restroom.

"What is worse than a child being raped at school? The coverup by those who are trusted with the safety and well-being of children," another mother said. "Today, Scott Ziegler must resign for the unconscionable act of allowing an alleged rapist back into school to rape again, and for that coverup."

"We warned you about policies that you were putting into place that would be a danger to our students, and we've seen that happen," a father said. "When is enough, enough? When are you going to change the policies to keep our children safe?"