Scott Smith, the parent of the student that was sexually assaulted, protested the Loudoun County school board on June 22 with hundreds of other community members. 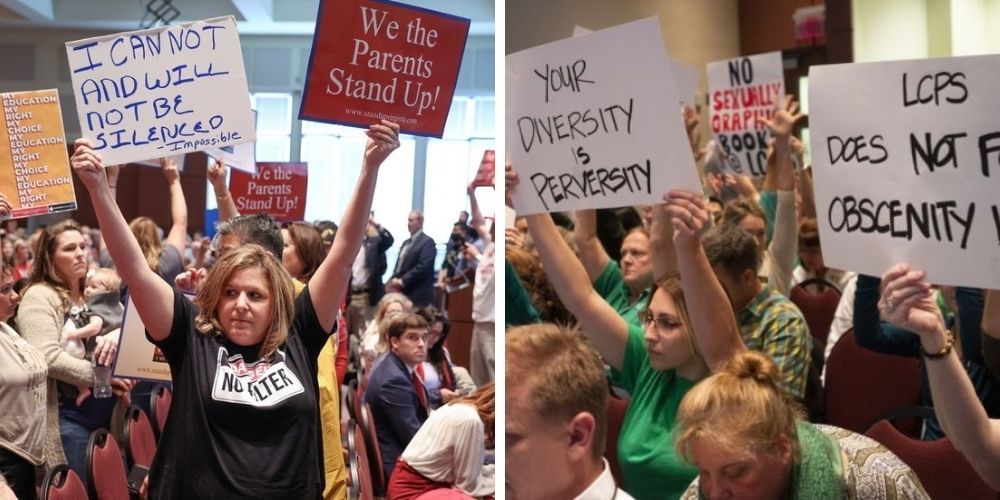 The parent of a Loudon County, Virginia student accused the school district of covering up the sexual assault of their teen daughter that occurred in a gender neutral bathroom back in May.

Scott Smith, the parent of the student that was sexually assaulted, protested the Loudoun County school board on June 22 with hundreds of other community members. Smith was arrested that evening when the school board pushed for law enforcement to deem the meeting an "unlawful assembly" after individuals vocally opposed the school's transgender policies.

According to The Daily Wire, a male student wearing a skirt entered the women's restroom at Stone Bridge High School on May 28 and sexually assaulted Smith's ninth grade daughter.

Scott Smith became the poster parent for the National School Board Association after his arrest went viral. However, Smith never received the chance to present his argument to the school board before they had him arrested.

"If someone would have sat and listened for thirty seconds to what Scott had to say, they would have been mortified and heartbroken," Lancaster said.

According to The Daily Wire, moments before Smith's arrest, the Loudoun County Public Schools (LCPS) superintendent told community members during the meeting that the parents outrage was unwarranted since the school had no record of assaults stemming from transgendered students.

Lancaster said that that the suspect was placed on house arrest and was expected to be convicted in court on October 14. However, the suspect that prosecutors promised Smith was being held accountable, was arrested on October 6 for sexual assault and battery. The 15-year-old suspect forced a female student into an empty classroom and touched her inappropriately, The Daily Wire reported.