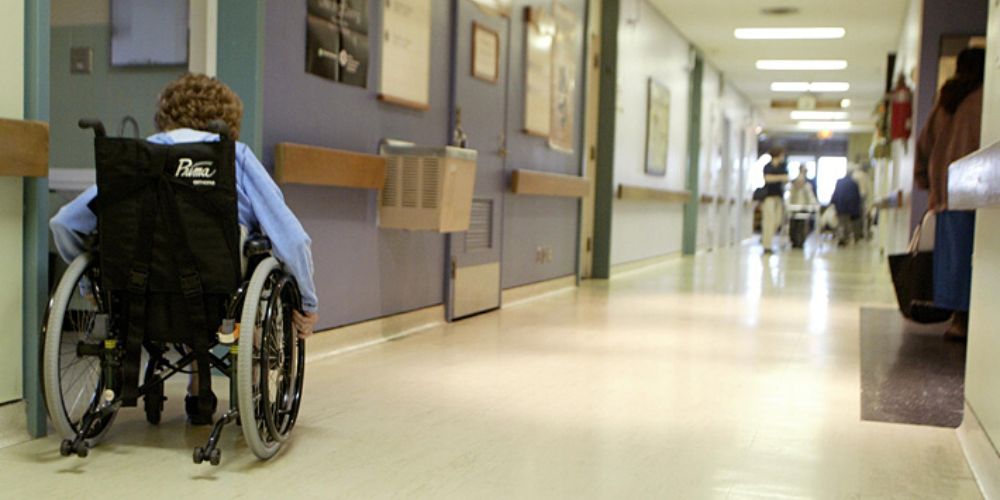 A Maine senior assisted living facility has agreed to establish policies and procedures regarding LGBTQ seniors following a discrimination case brought against a Jonesport facility by a 79-year-old biological male who identifies as transgender.

Marie King filed the complaint with the Maine Human Rights Commission (MHRC) in October of 2021, alleging that Sunrise Assisted Living refused to admit King because King is transgender. King would have requested to be housed either with another female resident, or in a private room. King's insurance did not provide for private accommodations. The facility was concerned that a female resident would object to be roomed with a biological male.

According to NBC News, the complaint marks what is believed to be the first of its kind in the US.

While the settlement doesn’t set a binding legal president, legal experts expect the case to raise awareness to similar facilities in the state that they must abide by state and federal discrimination laws regarding transgender individuals, according to NBC News.

In a video conference meeting held on Monday based in Augusta, the MHRC approved the the terms of the settlement, which as negotiated by the commission, the Adult Family Care Homes of Maine, which runs nine assisted living facilities in the state of Maine, and GLBTQ Legal Advocates & Defenders (GLAD), a Boston-based non-profit legal organization.

"I’m thrilled to see this positive outcome," King said in a statement issued through her GLAD attorneys. "I believe the new policies will keep others from experiencing mistreatment and will help people understand that transgender people are only seeking to be treated with dignity and respect like anyone else."

The organization has pledged to adopt a new policy banning the discrimination of transgender people looking to live in their facilities, and will also require staff attend a training conducted by SAGECare on how to better serve the population.

In the complaint, King alleged that Sunrise Assisted Living had discriminated against King’s gender identity in the application process.

King suffered a major medical event in March of 2021, and medical staff determined that King could not "safely return" to King’s current assisted living facility "because of trauma she had experienced there."

A hospital social worker began searching for a new assisted living facility for King to live in, and came in contact with an administrator at Sunrise.

Amidst the referral and application process, the social worker informed the administrator that King is transgender.

The complaint claimed that the administrator shortly after informed the social worker that King’s application was being declined due to concerns over King being housed with a female roommate.

"Upon information and belief, although Sunrise regularly and consistently places women in semi-private rooms with other women, it refused to do so for [King]. because she is a woman who is transgender," the complaint stated.

The social worker then informed King that the application had been denied because of King’s gender identity. King eventually found a space at a different facility in July of 2021.

In a MHRC investigator’s report, it states that the Sunrise administrator expressed concerns with King being housed with a biological female roommate, with the administrator stating that if anything was said about King’s gender identity during the conversation with the social worker, "it was just that she was worried about Complainant’s wellbeing if a potential female roommate was not accepting."

The facility argued that King was not denied housing, because the application for the facility was not completed in the first place.

"However, to do so would have been futile when Respondent had made clear that this would not be a safe and appropriate placement for Complainant," the investigator’s report stated.

"Complainant has shown that Respondent’s statement was, clearly, a motivating factor in determining whether or not she would be a good fit for the Premises," it continued.

The investigator’s report concluded that "discrimination on the basis of sex and sexual orientation or gender identity is found."

In a joint statement, GLAD and Adult Family Care Homes of Maine said that "the parties hope that the positive resolution of this matter will lead long-term care facilities across the country to adopt policies that ensure that transgender older adults, indeed all older adults, will be treated with dignity and respect."

In the new Adult Family Care Homes policy regarding transgender individuals, it states that the organization will treat transgender application in accordance with their gender identity.

Room placement and all services provided in these facilities will be done so in accordance with their gender identity, not based on their biological sex.

The policy also states that "staff should always know and use the pronoun that their clients use for themselves, even [when] the client if not within earshot."

In terms of room placement, if a roommate expressed concerns regarding having a transgender roommate, staff are required to inform the party with complaints about the Adult Family Care Homes’ policy regarding nondiscrimination.