"We need to use as many rungs in the ladder as possible to slow the process down to ensure this parent has to work a little on their end as well," the superintendent wrote. 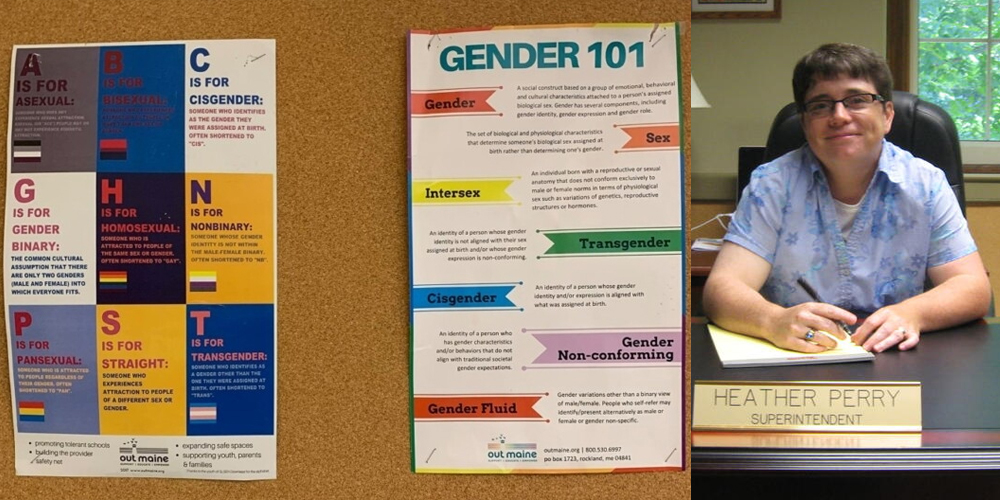 A father at Gorham Middle School in Maine has filed a formal complaint calling for the firing of the school district’s superintendent over religious discrimination.

Superintendent Heather Perry allegedly discriminated against the parent’s religious beliefs by telling school staff to take their time in answering requests after Eric Lane called for posters to be taken down.

In October 2021, Lane requested the removal of posters in his sixth-grade daughter’s classroom because the "gender theory" material made him uncomfortable as a Christian parent, The Daily Wire reported.

On April 26, 2022, Perry told Lane she couldn’t remove the posters "cisgender, transgender, and nonbinary" gender theory because a review board said so.

Lane obtained emails from Perry and school staff through Maine’s Freedom of Access Act. Perry had told staff members to fulfill requests, like Lane's, as slowly as possible.

"The reason I am reaching out is because for the first time in many people’s memories, we have a parent who would like to exercise their rights…to request removal of instructional materials from either our curriculum/classrooms or from our library," she wrote.

"This particular parent alone is likely to continue these requests for years to come," Perry continues. "We need to use as many rungs in the ladder as possible to slow the process down to ensure this parent has to work a little on their end as well."

Lane confronted the school board at a May 11th meeting. He said his daughter's school "promotes and pressures students to participate in gender theory."

Lane said the school: teaches the "pros and cons of sexting" and had sixth-grade students fundraise for an LGBT activist group with "no parental notification or consent." The activist group then sent chest binders to young girls in unlabeled packaging, as to not notify parents, he said.

The American Journal reported Perry tried apologizing to Lane, and said she used "poorly chosen words" in her email to school staff members.

"I don’t find the (apology) to be sincere and the timing suggests it was sent in defense of herself," Lane responded.

Lane submitted a formal complaint of first amendment discrimination after obtaining the emails.

"There is a culture of contempt for anyone living and expressing Christian values in Gorham Schools and this email is a glimpse behind the curtain of how this school operates and intends to stifle Christians and their exercise of their rights," he wrote.

Lane told The Daily Wire he initially didn’t want Perry to lose her job, but changed his mind. He also wants a third-party investigation into the school district to see "how pervasive this behavior has become."

Emily Mais, an ex-assistant principal in Virginia, says she was unjustly fired because the school system enacted "critical race theory" doctrine into the job’s culture, in a manner that destabilized workplace cohesion and inflamed tensions.

Meanwhile in Massachusetts, two sets of parents filed suit against Ludlow Public Schools amid claims school staff secretly facilitated the transitioning "gender identity" beliefs of their children without telling them.