The poll asked voters: "Do you support or oppose allowing public school teachers to provide classroom instruction on sexual orientation and gender identity to children in elementary school (grades 1 to 5)?" 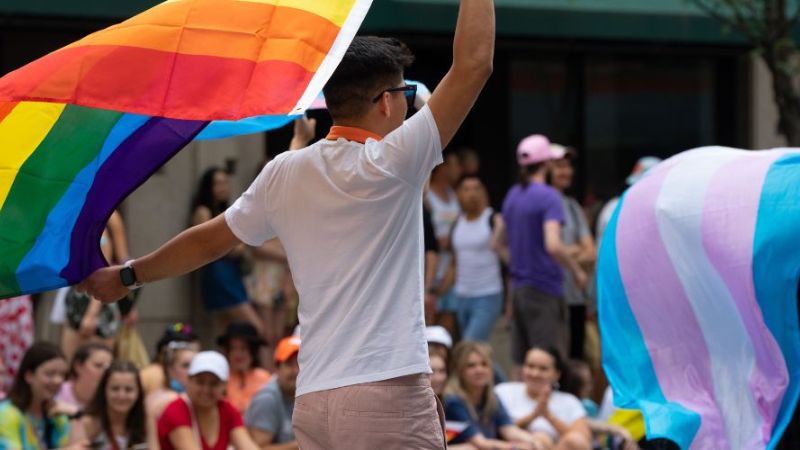 The poll, conducted by the New York Times and Siena College for the outlet, polled 1,399 registered US voters between September 6 and 14 on a number of topics, ranging from gun legislation to the southern border and more.

The poll asked voters: "Do you support or oppose allowing public school teachers to provide classroom instruction on sexual orientation and gender identity to children in elementary school (grades 1 to 5)?"

The poll found that a vast majority of Americans "strongly oppose" this action, with 58 percent responding as such. An additional 12 percent said they somewhat oppose the teachings, bringing the total number of those who oppose to 70 percent.

14 percent of Americans said that they somewhat oppose teaching the subjects to young students, will 13 percent said they strongly support the teachings.

Split by age groups, younger voters between the ages of 18 and 29 were more likely to support the teachings, with a total of 49 percent either strongly or somewhat supporting the action.

Notably, 43 percent of this age group strongly opposed the action as well.

When looking at regional areas within the US, voters within the Northeast, the region that leans the hardest left, had the lowest amount of people strongly opposing the teachings, at 48 percent. The west was next, with 53 percent, followed by the south, with 60 percent, and the midwest, with 68 percent.