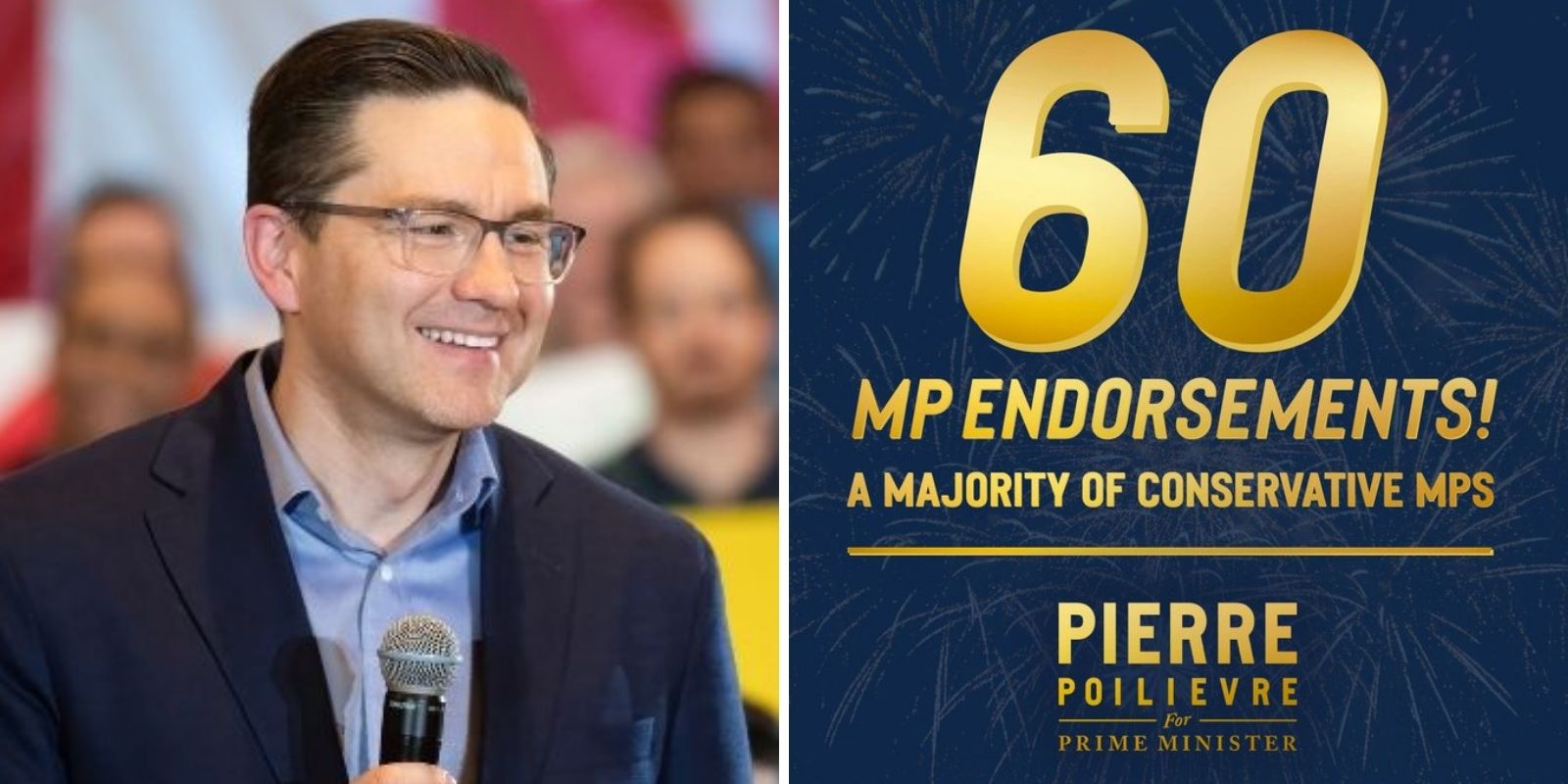 As the Conservative Party leadership election looms near, candidates have been busy vying for support.

Frontrunner Pierre Poilievre has received endorsements from sixty Conservative MPs, a majority of the party.

"That's a Poilievre majority!" he wrote. "60 MPs — the majority of Conservative MPs — support me and my plan to give Canadians back control of their lives in the freest country in the world."

Among the sixty MPs who have endorsed Poilievre are Andrew Scheer, Tim Uppal, Melissa Lantsman, and Barrett.

The majority of Poilievre's support comes from MPs representing ridings in western provinces, a testament to his commitment to bring back confidence in Ottawa to the region.

In contrast, the majority of Jean Charest's support comes from Ontario and Quebec MPs.

Poilievre leads in more than just endorsements, beating out the competition when it comes to recruiting new members to the party as well.

The Conservative Party leadership election is set to take place on September 10, at which point Erin O'Toole's successor will be announced.

Listed alphabetically, the MPs who have endorsed Poilievre are: