The Liberal riding association for Markham-Stouffville is standing by Jane Philpott’s side. 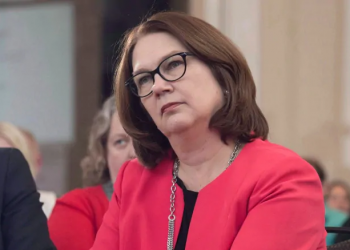 The Liberal riding association for Markham-Stouffville is standing by Jane Philpott.

10 of 16 board members have resigned as they “have no longer got the heart,” the board’s secretary, Leea Nutson, told CBC News.

Nutson told the public broadcaster that with the fall election looming, two members are staying on in the interim, three will continue serving and one has not made their intentions known.

“This is not a protest resignation, on my part at least, but I have no longer got the heart to run or work on another campaign,” Nutson said. “We had a star candidate in Jane, and I just don’t have the energy to carry on.”

The support behind Philpott is similar to that Jody Wilson-Raybould has been receiving. A new poll from Justason Market Intelligence found that Wilson-Raybould would beat the Liberals in her riding if an election was held now.

Meanwhile, Philpott has recently stated that Trudeau broke the law when he expelled her and Jody Wilson-Raybould from the Liberal caucus after they each resigned from cabinet over the handling of the SNC-Lavalin case.