Russo-Elling, a 25-year veteran who was a World Trade Center responder on Sept. 11, 2001, died in hospital following the "unprovoked attack," the FDNY said. 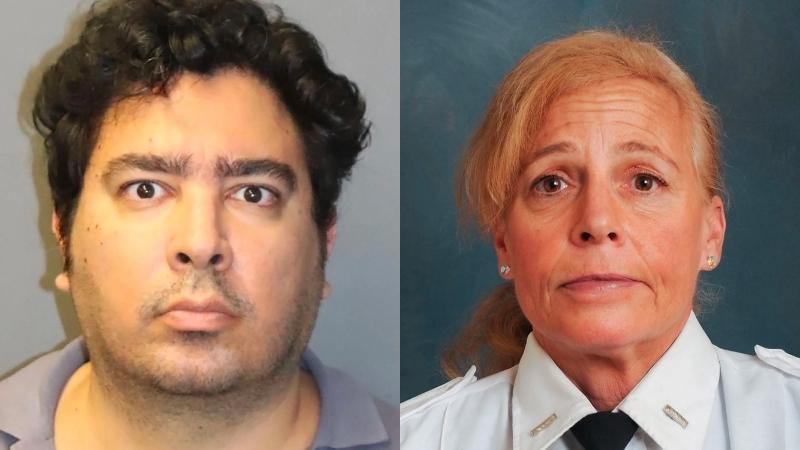 Olivia Rondeau
Sep 30, 2022 minute read
ADVERTISEMENT
ADVERTISEMENT
The man suspected of killing Lt. Alison Russo-Elling of the Fire Department of the City of New York (FDNY) in a seemingly random attack has been charged with murder, police said Friday.

Peter Zisopoulos, 34, is also facing a weapon possession charge in relation to the horrific Queens attack on the 61-year-old paramedic, who was stabbed more than 20 times Thursday afternoon, reported the New York Post.

Zisopoulos followed Russo-Elling while she was on duty, slammed her to the ground, and viciously stabbed her several times, according to police and a disturbing surveillance video of the incident.

When confronted by a nearby witness on a scooter, Zisopoulos reportedly said "F*ck you, f*ck you!" and could be seen in footage charging at the bystander while wielding a knife.

Russo-Elling, who was just months away from retirement, was left unresponsive on the sidewalk after Zisopoulos ran off. The attacker was caught thanks to the help of a bystander who chased him back to his nearby apartment in which he barricaded himself in, NYPD Chief of Detectives James Essig said Thursday.

According to Essig, police were able to talk him down and take him into custody.

Russo-Elling was reportedly on her way to pick up food when the maniac stabbed her in what authorities think is a completely random and unprovoked attack.

"At this point in the investigation there doesn’t appear to have been any prior contact between them," an FDNY source said. "He just walked toward her, sped up, and then stabbed her to death."

Russo-Elling, a 25-year veteran who was a World Trade Center responder on Sept. 11, 2001, was rushed to Mount Sinai Hospital where she died.

The lieutenant was "about six or seven months away from retirement," said Vincent Variale, president of EMS Officers Union Local 3621, to reporters outside of the hospital.

"We lost one of our heroes," Mayor Eric Adams said during a press conference.

Russo-Elling worked out of FDNY Station 49 in Astoria and lived on Long Island.

Hundreds of people gathered outside Station 49 Friday morning for a bunting ceremony for the fallen paramedic. During several emotional eulogies she was called the "mother-hen" of the station, reported Spectrum News.