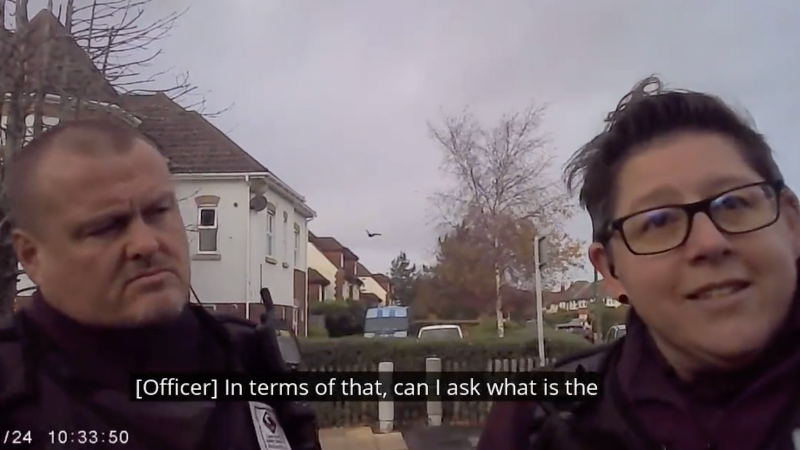 Olivia Rondeau
Jan 20, 2023 minute read
ADVERTISEMENT
ADVERTISEMENT
A UK man was reportedly hit with a fine after silently praying for his "deceased" son in what has been dubbed a "censorship zones" surrounding the nation's abortion clinics.

Physiotherapist and Army veteran Adam Smith-Connor shared footage of his interaction with two council officers who confronted him about simply standing and praying outside of a British Pregnancy Advisory Service (BPAS) clinic in Bournemouth.

According to the BPAS website, they're Britain's "leading abortion care charity," which offers "abortion treatment" paid for by the National Health Service (NHS) to 97 percent of the women who undergo the procedure.

According to the questioning officer, this seemed "pertinent" enough to the topics banned by what the Alliance Defending Freedom (ADF) calls "censorship zones" to warrant trouble.

Such zones exist in several other countries, including Canada, Australia, and France. According to the ADF, a legal advocacy group, multiple censorship zones have been attempted in the US, with many being thrown out due to being unconstitutional.

In Smith-Connor's footage, the officers can be seen warning him about the zones, which are officially noted as areas under the Public Spaces Protection Order (PSPO) which sets a perimeter around abortion clinics where "engaging in any act of approval/disapproval," including praying, is prohibited.

The man even once worked in a hospital's abortion unit prior to reforming his views on it.

"I would never have imagined being in a position to risk a criminal record for praying silently. In the past, I assisted with abortions in hospitals as part of my army medical training, but now I pray for those who perform abortions because I realize how harmful abortion is to women and families, and that every single human life is valuable – no matter how small. Most of all, I’m moved to pray because of what happened to my son, Jacob," Smith-Connor said through ADF.

"22 years ago I drove my ex-girlfriend to a facility and paid for her to have an abortion. It was a pivotal moment in my life. The consequences of my actions that day came back to grieve me years later, when I realized I had lost my son Jacob to an abortion I had paid for. Recently, I stood outside a similar facility and prayed to God for my son Jacob, for other babies who have lost their lives to abortion, for their grieving families, and for abortion clinic staff," the man added.

ADF is now challenging the £100 fine handed down to him as a punishment for praying.

"Nobody should be criminalized for what they believe – especially not when they express that belief silently, in the privacy of their own minds," said  Jeremiah Igunnubole, Legal Counsel for ADF UK.

"Just like in the case of Isabel Vaughan-Spruce last month, Adam could now face prosecution for holding thoughts, and lifting those thoughts to God in prayer, within a censorship zone. The rapid proliferation of orders criminalizing volunteers such as Adam and Isabel should be a wake-up call to all those who value freedom of expression – even freedom of thought – no matter their views on abortion."

Smith-Connor joins Isabel Vaughan-Spruce, a pro-life charity worker, as those who have been recently targeted by abortion clinic censorship laws in the UK.

Vaughan-Spruce was standing near another BPAS clinic in Birmingham when law enforcement officers confronted her about praying, reported Fox News. According to ADF UK, she was arrested for silently praying.
ADVERTISEMENT
ADVERTISEMENT
uk abortion clinic