A man has reportedly shot and killed his neighbour with a crossbow while attempting to fire at dogs that were attacking him. 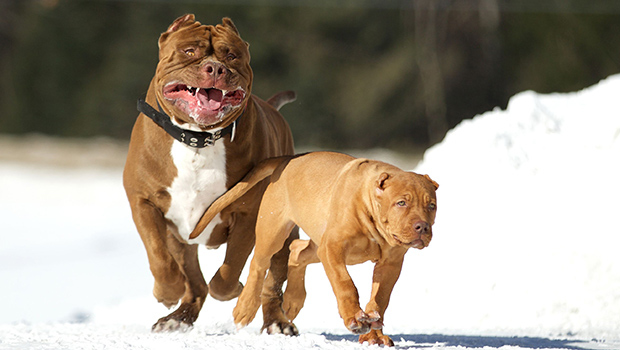 According to Massachusetts authorities, a man has shot and killed his neighbour with a crossbow while attempting to fire at dogs that were attacking him.

The incident took place in Adams on Wednesday and Berkshire District Attorney Andrea Harrington says that it seems to have been accidental.

The man heard shouts for help coming from his neighbour shortly after noon. The Berkshire attorney’s office has noted that the victim is Joshua Jadusingh. CBS News Reports that Jadusingh was 27-years-old and a friend of that man who shot him.

The man used a crossbow that he legally owned and used to hunt. He grabbed the weapon after seeing that Jadusingh was being attacked.

Harrington said that the man shot the crossbow which hit the dog but continued on through the door, striking his neighbour. There was reportedly a young girl in a room close by who was not harmed.

Jadusingh had owned one of the dogs and the other was owned by his girlfriend who lived with him in the home.

The dogs were usually kept separate from one another as they were known to be very aggressive towards each other, according to Harrington. One of the dogs had attacked someone in the past which resulted in the person having to get medical help.

Harrington does not believe criminal charges will be made against the man who she referred to as a “good Samaritan.”

She said, “The neighbour was reacting in a very stressful circumstance,” and noted that he is “very distraught.”

The two dogs were shot to death by police officers after continuing to be aggressive.