Man who 'shot first' during Kenosha riot charged with 7 felonies

Ziminski had been free on $13,000 bail set by Judge Bruce Schroeder, who also presided over Rittenhouse's trial. Ziminski was set to face court on January 31, but was arrested at that time for intimidating a witness. This delayed his trial further. 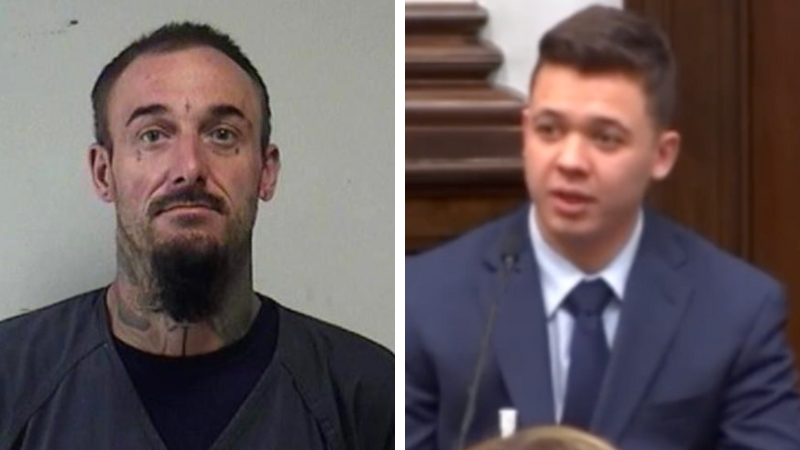 Libby Emmons Brooklyn NY
Sep 14, 2022 minute read
ADVERTISEMENT
ADVERTISEMENT
During the Kenosha riot on August 20, 2020, Joshua Ziminski fired a "warning shot" before Kyle Rittenhouse shot three men in self-defense. Two of those men died, and Rittenhouse was exonerated on all charges. Ziminski, whose trial in that matter was delayed for months, has now been charged with seven felonies.

A recent article from Newsweek alleged that Rittenhouse "is not a hero," and that he was "playing cop" when shots were fired during the fiery riots that destroyed property, businesses, and shut down the city. Now it turns out that one of the men who fired that night has gone on to continue his criminal involvement.

Ziminski had been free on $13,000 bail set by Judge Bruce Schroeder, who also presided over Rittenhouse's trial. Ziminski was set to face court on January 31, but was arrested at that time for intimidating a witness. This delayed his trial further.

On Monday night, reports the local Kenosha County Eye, Ziminski and his wife went on a crime spree that caught them 7 felony charges each.

Lawmakers and pundits roundly labeled Rittenhouse a white supremacist and slandered him, though he went on to be cleared of charges.

The new charges shred by the pair are Felony Armed Robbery, Felony Armed Burglary, Felony False Imprisonment, Felony Intimidation of Victim, Felony ID Theft, and Misdemeanor Battery. Independently, Ziminski caught a charge of Felony Bail-Jumping, while his wife was charged with Probation Hold. The couple is set to appear in court on Wednesday.

Ziminski was out on bond, pending trial for the charges of "Arson (Felony), Disorderly Conduct / Use of a Dangerous Weapon (Misdemeanor), and Obstructing an officer for his role in the rioting and lighting a trailer on fire," reports the local Kenosha County Eye.

During those riots, Ziminski could be seen firing off his gun just a few minutes before Rittenhouse shot and killed Joseph Rosenbaum, which was ruled to have been in self-defense, as Rittenhouse feared for his life. Ziminski wasn't charged for his role in that riot for over 5 months, and it was unlikely that local DA Michael Gravely would have tried him, the Kenosha County Eye reports, were it not for community backlash.
ADVERTISEMENT
ADVERTISEMENT
ziminski rittenhouse