"I have been relieved for cause based on a lack of trust and confidence as of 14:30 today," wrote Lt. Col. Stuart Scheller. 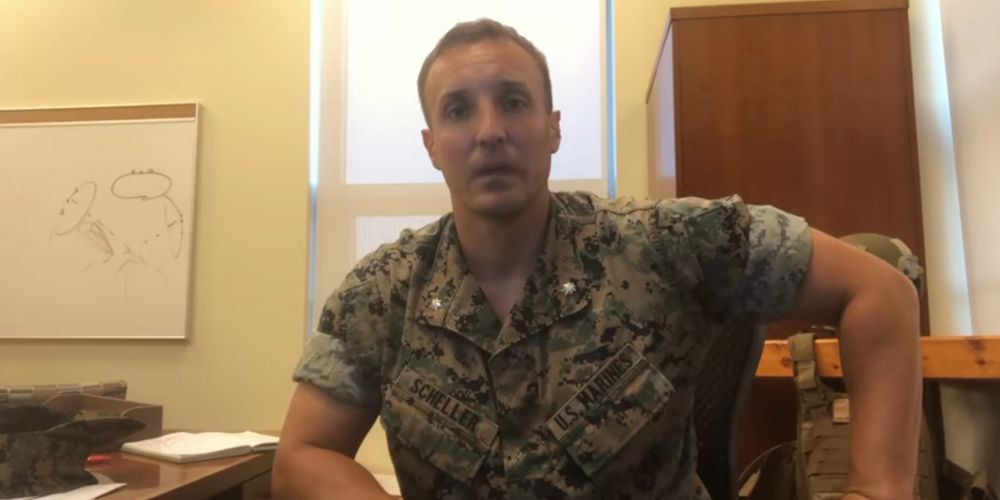 The military man of seventeen years also acknowledged he was risking his career speaking out. It was a prediction that came true, in a story spotted by Task & Purpose.

"To all my friends across the social networks. I have been relieved for cause based on a lack of trust and confidence as of 14:30 today," Scheller announced on Facebook.

The underlying motivation behind Scheller’s Facebook video was that US Marines and other military forces are looking at Biden’s withdrawal from Afghanistan and questioning their previous work there.

“I’m not saying we’ve got to be in Afghanistan forever, but I am saying: Did any of you throw your rank on the table and say ‘hey, it’s a bad idea to evacuate Bagram Airfield, a strategic airbase, before we evacuate everyone,’” the Marine Lt. Col says in his video.

Stuart Scheller states he has been seeing what his colleagues were saying on social media as well.

Scheller articulates that his questioning about the Biden administration’s foreign policy decisions is a direct response to official communications from Stuart’s superiors. Back on August 19th General David H. Berger reassured the troops that their service was “meaningful, powerful, and important."

The only thing Stuart Scheller aimed to do in his Facebook video was respond to that. It’s on that note he thinks that the military’s work in Kabul and Afghanistan can not be in any way meaningful if political leadership in Washington does not take accountability for their mistakes.

“The reason people are so upset on social media right now is not because the Marine on the battlefield let someone down. That service member always rose to the occasion and has done extraordinary things. People are upset because their senior leaders let them down and none of them are raising their hands and accepting accountability or saying ‘we messed this up.’”

It isn’t the first time this year a high-profile matter of this nature happened for the US military.

Earlier this year a commander for the Space Force branch was relieved of command after he spoke out against the Biden administration’s ideological push on America's armed forces.