Mayor Ted Wheeler of Portland has decided to dash from his $840,000 condo in order to avoid rioters who have targeted his own on numerous occasions. 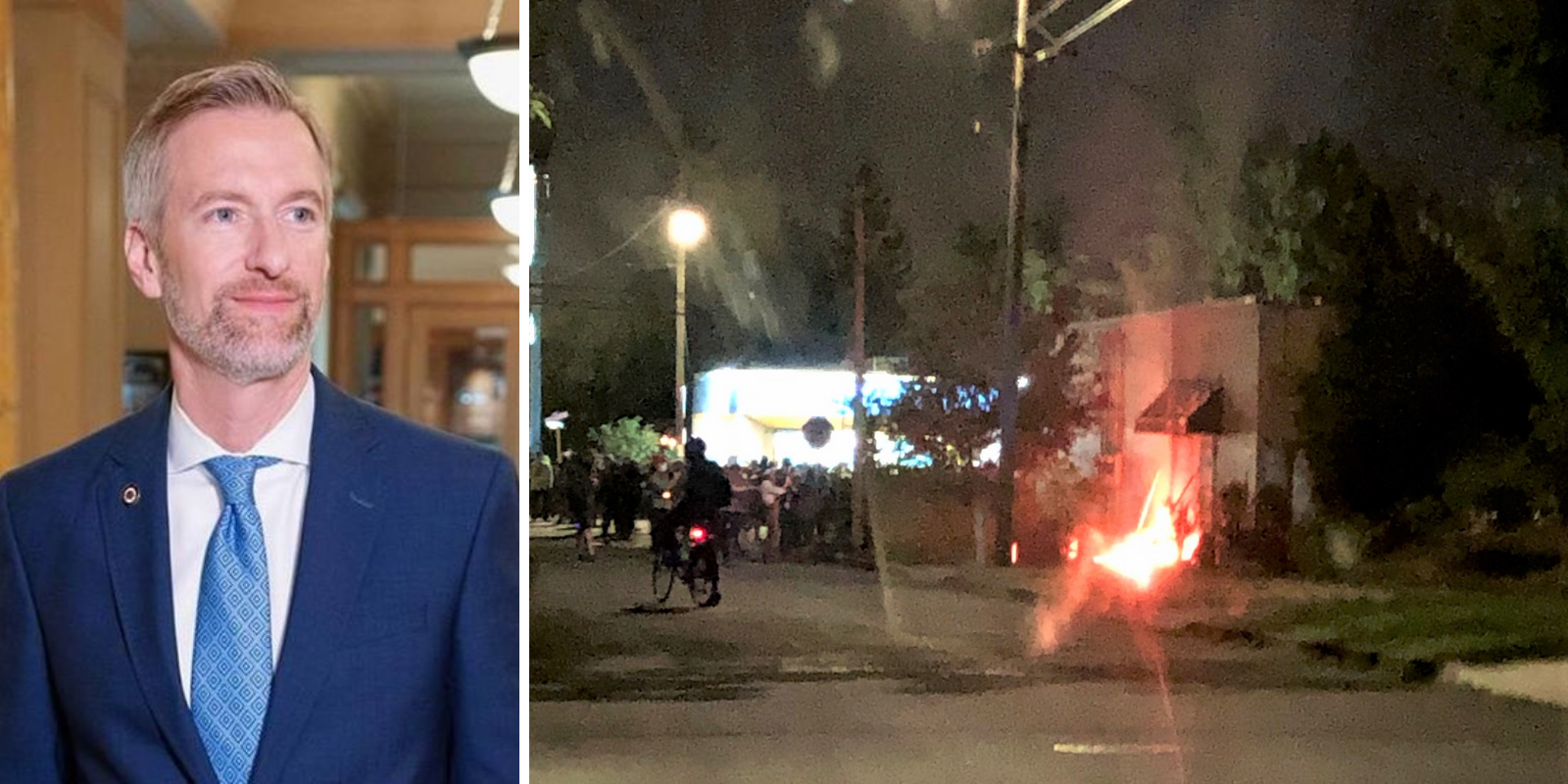 Mayor Ted Wheeler of Portland has decided to dash from his $840,000 condo in order to avoid rioters who have targeted his own on numerous occasions, according to the New York Post.

Wheeler informed his neighbors that it would be better if he moved out of the area, for "everyone else's safety and peace," after rioters showed up to his condo on his 58th birthday and attempted to torch the place.

“I want to express my sincere apologies for the damage to our home and the fear that you are experiencing due to my position,” Wheeler apparently wrote to his neighbors.

“It’s unfair to all of you who have no role in politics or in my administration.”

Wheeler has received heavy backlash for the way he has handled the protests in Portland, where destruction and mayhem have reigned for 97 consecutive nights since the death of George Floyd. Wheeler has consistently sided with the protesters-turned-rioters, urged the cops to stand down and even promised to defund the police.

Chuck Lovell, Portland's police chief, has used the arson attacks against Wheeler's condo as proof that "the nightly violence is coming at increased cost."

"Our elected officials need to do their part to draw a line in the sand and to hold people accountable," Lovell added, calling for urgent action.

"The violent behavior must end," he concluded.

President Donald Trump called Wheeler a "wacky Radical Left Do Nothing Democrat Mayor of Portland," adding that he had "watched great death and destruction of his City during his tenure."

Wheeler attacked the rioter's behavior, suggesting that it is "senseless violence" that ranges from "the stupid, to dangerous, to criminal." He also charged law enforcement with police brutality, confirming that he still stands with the protesters.

“Elected leaders—or those seeking office—who remain silent in the midst of these acts of violence and criminal destruction are equally complicit,” he wrote.

“The community must rise up and say ‘enough is enough’ and hold all of us accountable. We cannot truly move on together and make the positive changes we want to see until this violence is stopped. All violence."

“We cannot allow our anger to destroy what we are trying to support,” he said.

“I stand by our positive movement for police reform and I stand by the hundreds of thousands of Portlanders who want to peacefully protest and ask for more reform,” he wrote.

“If you are participating in violence, I want to be clear: I denounce your actions. … Your actions demonstrate a level of hate and destruction that we WILL NOT condone or tolerate.”

It is still unclear how Wheeler intends to put a stop to the hate and destruction that will apparently not be tolerated.