A solar power plant intended on testing the feasibility of solar energy was shut down after the cost to maintain the facility didn’t justify the plant’s energy output. 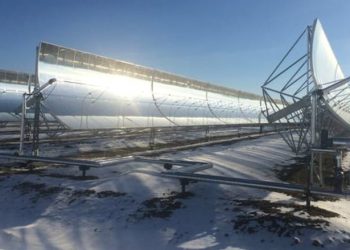 A solar power plant intended on testing the feasibility of solar energy was shut down after the cost to maintain the facility didn’t justify the plant’s energy output.

The plant which was poised to add one megawatt of additional power to the city’s energy capacity often didn’t meet its intended goal. Maintenance during the summer and winter months ended up being too costly for the long term.

According to city Councillor Phil Turnbull the low price of natural gas and the high upkeep was the reason behind the city’s decision to terminate the project.

“I think people sometimes look at what we did and say, ’What a waste of  money.’ But it wouldn’t have been a waste if it had been successful in  taking it to the next step,” claimed Turnbull.

The plant operated for approximately five years and was created using federal, provincial and municipal funding.