Migrant boy ABANDONED by the group he was traveling with

“Somebody could rob me or kidnap me. I’m scared.” 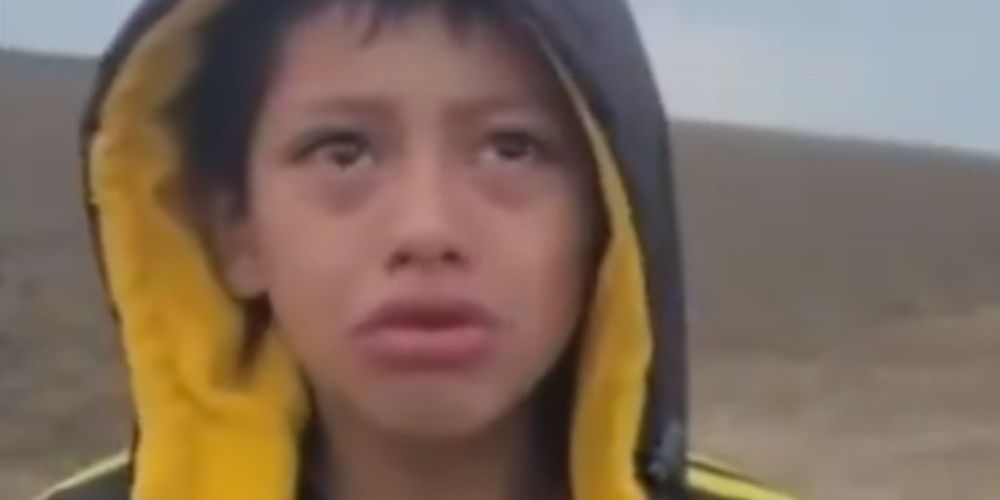 After repeated denials by the Biden administration that the border crisis is indeed the President's own fault to own up to, the situation itself has continued deteriorating.

ABC reported Tuesday night on a video of an encounter between a border patrol agent and a lone boy lucky to have been found by authorities.

The outlet noted that "more than 19,000" migrant youth are currently in US custody. "Can you help me?" the abandoned migrant boy asks a border patrol agent. He was found walking completely by himself when the agent first found him at the US - Mexico border.

In a departure from the usual claims made in these types of situations, the youngster said he was not traveling with his parents on this excursion. The lad confessed he was part of a larger migrant group, and that at some point they left him behind. "Somebody could rob me or kidnap me. I’m scared."

The ABC broadcast ended with a note that the Donna, Texas migrant detention camp is undergoing an expansion in order to facilitate thousands more expected to be crossing the border. The location might sound familiar to readers following this ongoing topic. It’s the place that both politicians and media reporters took pictures of after the Biden administration’s unofficial media blackout previously blocked access. After seeing the cramped migrant groups caroled inside, in dilapidated conditions that completely spit in the face of pandemic capacity guidelines? One doesn’t have to wonder why the White House stalled. The images speak for themselves.

The same day the news broke, DHS Secretary Alejandro Mayorkas floated the idea of restarting border wall construction. At least insofar as closing its gaps where migrants are pouring through. It was President Joe Biden that hastily halted border wall development, his first day in office.