Liberal MP seen with radical activist once again despite past apology

A new photo shows the two at a El-Maoued’s house having a friendly get together with other associates. 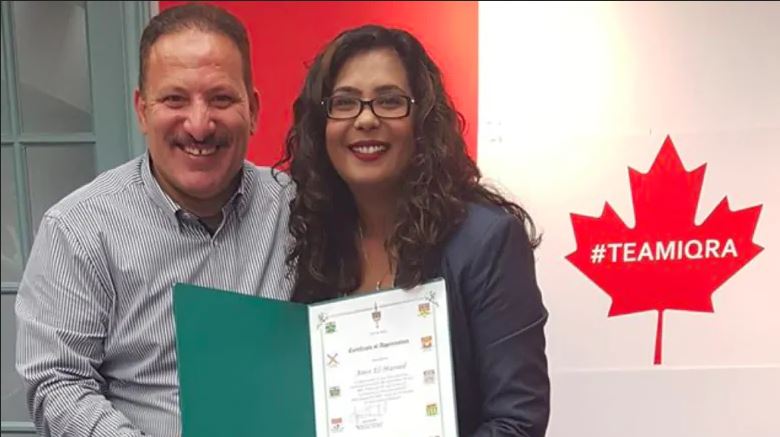 Iqra Khalid, a Mississauga MP currently nominated for reelection, has once again been seen with radical activist Amin El-Maoued, known for inciting violence against Jews, despite past apologies and reassurances that she was ignorant of El-Maoued’s activism.

According to B’nai Brith Canada, “El-Maoued is the leader of “Palestine House–Toronto.” B’nai Brith has previously drawn attention to a 2017 rally that was held in Mississauga’s Celebration Square, in which protesters called for the destruction of Israel, encouraged martyrdom and celebrated an ancient anti-Jewish massacre in the Arabian peninsula.”

A new photo shows the two at El-Maoued’s house having a friendly get together with other associates. Khalid had previously awarded El-Maoued a Certificate of Appreciation, only to later rescind the award due to an effective petition against it.

Khalid later apologized for giving out the certificate and said that “antisemitism has no place in Canadian society” and condemned El-Maoued’s views and activism.

However, this apparently hasn’t changed the nature of their relationship.

“It is difficult to fathom how Ms. Khalid did not learn from the previous ordeal,” said Michael Mostyn, Chief Executive Officer of B’nai Brith Canada.

“Her renewed association with Mr. El-Maoued calls into question not only the sincerity of her previous apologies, but her credibility as well.”

After the original story came out about the meeting, Khalid has since issued the following statement on the matter.