A 20-year-old model has raised money and some controversy after offering nude pictures to people who donate to fighting the Australian wildfires. 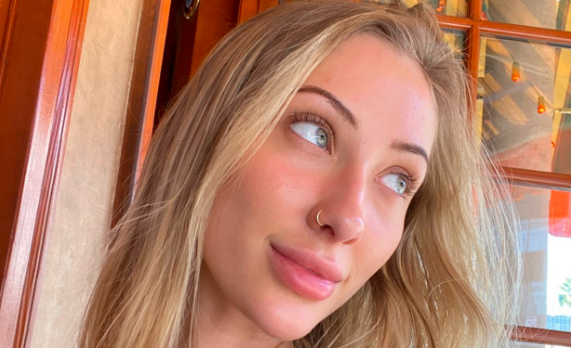 A model based out of Los Angeles is sending nude pictures of herself to people who donate to the wildfires in Australia. 20-year-old Kaylen Ward says she has encouraged enough people to donate to the cause that she has helped raise an estimated $1 million.

Ward sends the nude pictures after she receives confirmation that the donation is legitimate. Her Twitter name is “The Naked Philanthropist.”

On Jan 3, Ward tweeted “I’m sending nudes to every person who donates at least $10 to any one of these fundraisers for the wildfires in Australia. Every $10 you donate = one nude picture from me to your DM (direct messages). You must send me confirmation that you donated.”

Ward included multiple charities that people can donate to in the tweet and how to get in touch with them. There is also a salacious photo of Ward shown in the tweet.

In a Buzzfeed interview Ward noted, “I was expecting to raise maybe $1,000, but the tweet blew up,”

According to Ward, she has helped to direct over one million dollars to the wildfires so far. She came to the number by counting donations on the receipts she has received through online messages.

Ward identifies as an online sex worker and claims that her Instagram account was shut down because she violated rules based around self promotion.

Ward seems to be encouraging donors to send directly to charities instead of handling donations herself. She has used the platform that the new found fame has provided her with to push her adult website. Ward is asking for separate donations that she can use to cover the cost of paying other sex-workers that help with answering her many direct messages.

She tweeted “It’s so much work I have to hire a team.”

Many people are praising Ward for her actions while others disagree with her methods.

One Twitter user wrote, “It’s disgusting that you had to sell nudes for people to donate. h\How messed up is this world? I 100% disagree with distribution of pornography, but thank you for at least making an effort that caused so much good for Australia. I don’t support how you did it, but GOOD JOB.”

Ward says people are now creating fake online accounts imitating her. She also said people have been sharing her nude pictures around the internet after receiving them from her.

Ward made a tweet on Sunday saying, “Leaking someone’s nudes is wrong and illegal.”

In another she wrote, “I hate being vulnerable on the internet. Y’all are mean and cruel … Just imagine if it was you in the spotlight right now.”

Scott Morrison, the Australian Prime Minister said that he would be putting another $2 billion towards the wildfires.

The fires have already claimed the lives of around 25 people and taken more than 2,000 homes so far. They have burnt close to 50,000 square kilometres.

On Monday news came out of Australia 183 people had been arrested for being allegedly involved in starting the bushfires.