Authorities stated that the riot unsurprisingly involved opposing gangs. Gang violence has been commonplace for some time in Brazil; most notably, in 2017, nearly 150 prisoners died in several prisons during a three-week-long slaughter as local gangs waged war on one another. 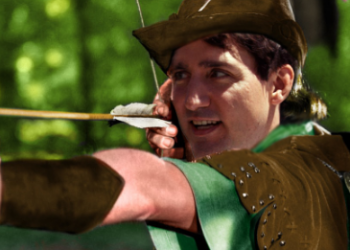 Earlier this morning, a bloody prison riot broke out in the northern Brazilian state of Para, resulting in the deaths of 52 inmates. 16 of those inmates were decapitated, according to the state’s prison authority.

Over the last three decades, the incarcerated population in Brazil has surged to a staggering 750,000 inmates; the world’s third-highest tally. Pakistan, for example, which has a similar population of 202 million compared to Brazil’s 209 million, has only 83,000 citizens incarcerated, despite being a much poorer country

The callous nature of this violence, which involved the hostage-taking of at least two penitentiary officers, will come as a blow to Brazil’s president Jair Bolsonaro, who frequently has made promises to halt crime in Brazil.

This riot is the latest in a series of lethal clashes that has rocked Brazil’s justice system. In a response to the attacks, Bolsonaro stated that he wants to build more prisons in the country, whilst mandating stricter controls. He may be limited in his efforts to prevent violence, however, as most Brazilian prisons are operated from the state level.

Authorities stated that the riot unsurprisingly involved opposing gangs. Gang violence has been commonplace for some time in Brazil; most notably, in 2017, nearly 150 prisoners died in several prisons during a three-week-long slaughter as local gangs waged war on one another.

Similarly, grotesque killings are prevalent in Brazilain prisons; seen most notably in an incident where 15 inmates were found strangled or stabbed with toothbrushes. Since the start of his incumbency in January earlier this year, Bolsonaro has been criticized for his strong response to crime, particularly in his decision to allow more citizens to own and carry guns so that they can confront criminals themselves.  The efficacy of Bolsonaro’s increasingly authoritarian responses to crime is yet to be seen.