The meme in question depicted a man wearing a helmet full of cameras, with the caption, "Hunter Biden every time he buys crack and hookers." 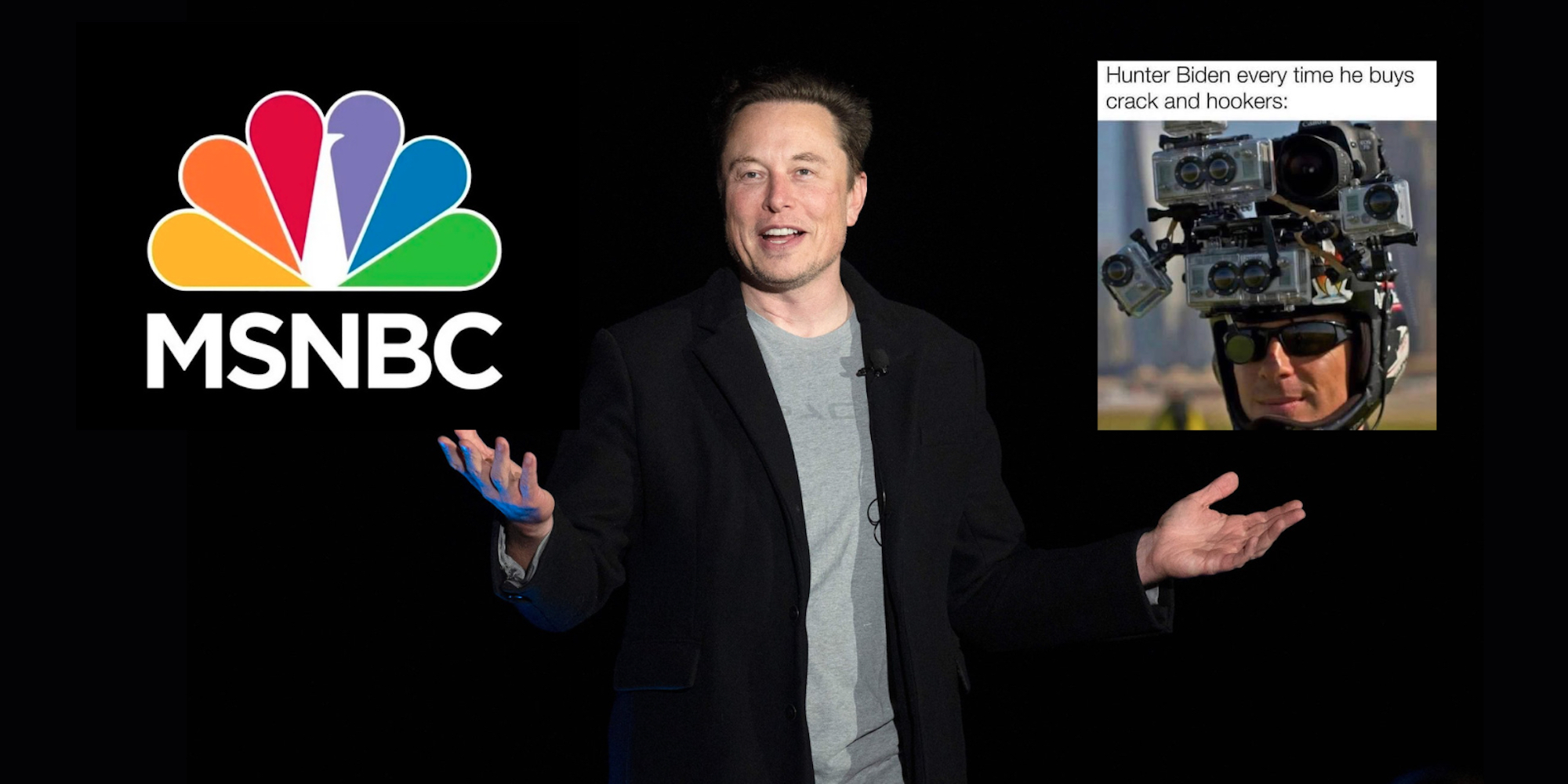 An MSNCB reporter attempted to shame Elon Musk for poking fun at the president's son, who was seen weighing crack rocks and arguing with a hooker in a leaked video.

Musk shared a meme of man donned in headwear full of cameras, captioned, "Hunter Biden every time he buys crack and hookers."

"A+ for cinematography," Musk wrote.

MSNBC's Stephanie Ruhle responded by scolding Musk for using his platform for such purposes.

"Imagine the positive impact you could have on the world if you used the extraordinary amount of influence and power you have to spread decency, kindness and positivity?" Ruhle wrote.

"Imagine if MSNBC did that," Musk shot back.

"No need to imagine," Ruhle replied. "Come on over any night of the week big guy."

She invited Musk to be a guest on her show, 11th Hour with Stephanie Ruhle, on Wednesday night.

Musk did not reply to Ruhle's request on Twitter.

Ruhle did, however, receive replies from others.

"If you put all this energy into interviewing Hunter and asking him about his laptop... I would actually TRY to watch," one user wrote.

Crider went on to slam the media for painting an "untrue narrative" of Musk and urged reporters to "stop attacking him."

Musk recently announced he would no longer purchase Twitter. The social media platform responded by suing Musk, to force the billionaire to complete his $44 billion acquisition of the company.