The body of Bishop E Evans, a soldier with the Texas National Guard was found. He went missing and was presumed dead after trying to help migrants who appeared to be drowning in the Rio Grande. 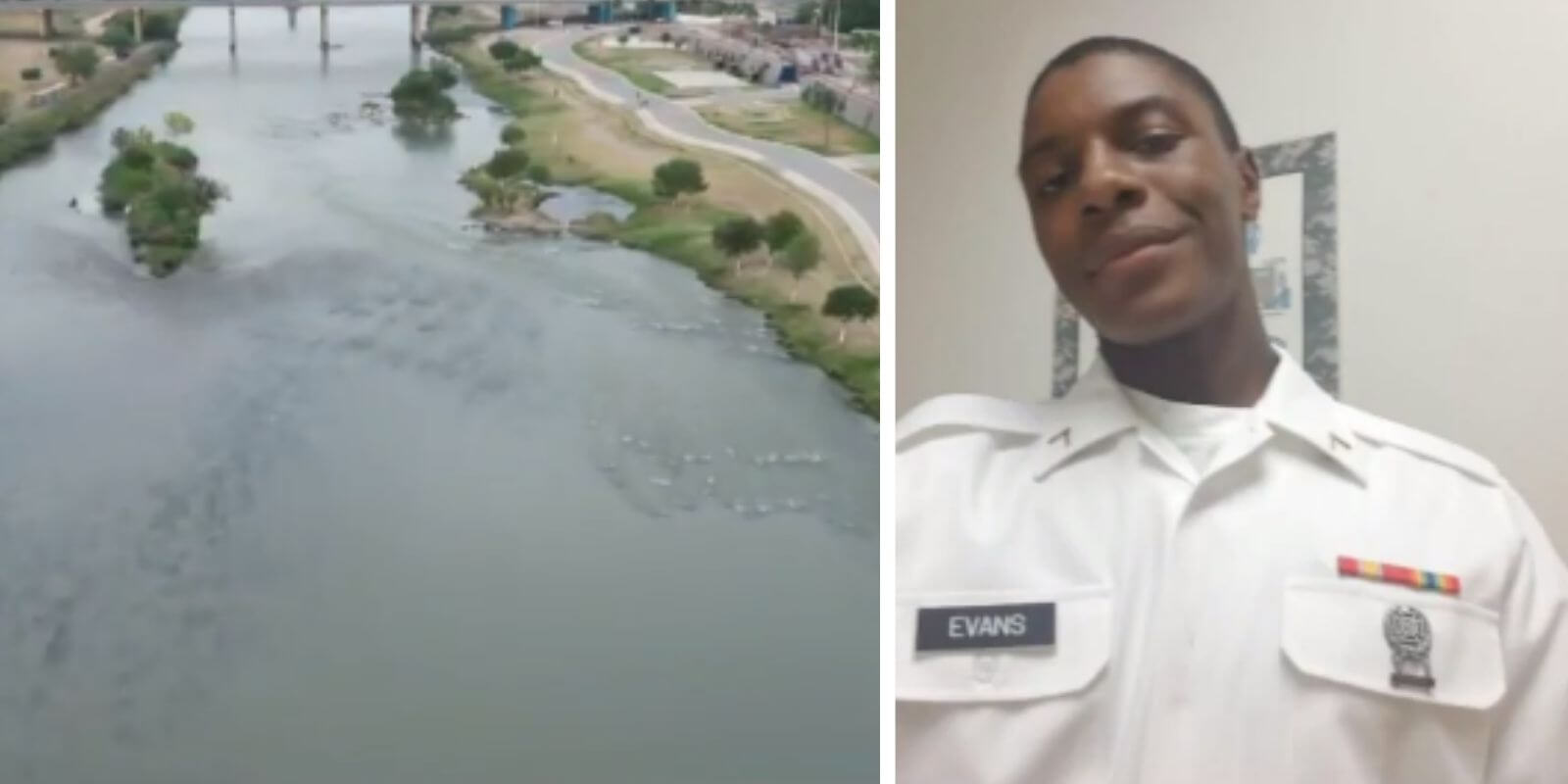 The body of Bishop E, Evans, a soldier with the Texas National Guard was found. on Monday. He went missing and was presumed dead after trying to help illegal migrants who appeared to be drowning in the Rio Grande. Those migrants were revealed to be drug smugglers.

Evans was 22 years old at the time of his death. His identity was confirmed on Sunday by the National Guard of Texas.

The Texas Military Department also mentioned that the body of Evans "has been found deceased following an exhaustive interagency search" and that the two migrants Evans was trying to save "were involved in illicit transnational narcotics trafficking."

"This young soldier made the ultimate sacrifice in the name of protecting and serving our country. He will never be forgotten," commented Rep. Tony Gonzales (R-TX.)

"We are heartbroken to learn of the death of SPC Bishop Evans. He heroically served his state & country. I want to thank all rescue teams that worked to locate this soldier. Join me & Cecilia in praying for the family & friends of SPC Evans."

"Our National Guard soldiers risk their lives every day to serve and protect others, and we are eternally grateful for the way SPC Evans heroically served his state and country," Abbott said.

"I ask that Texans join Cecilia and me in praying for the family and friends of SPC Evans as they grieve this heartbreaking loss."