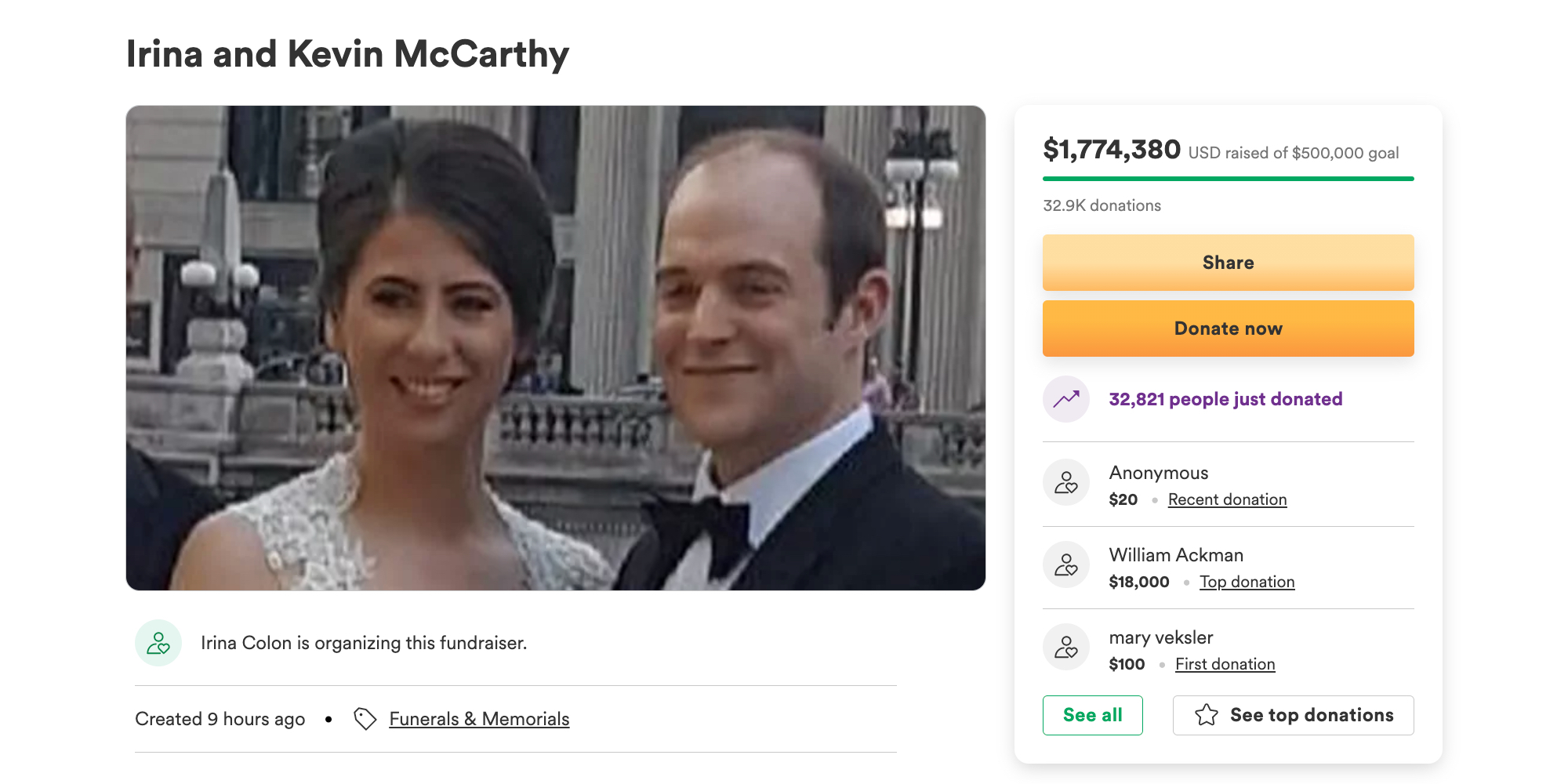 Two-year-old Aiden McCarthy was left bloodied and alone after his parents were killed during the horrific shooting at a Fourth of July parade in Highland Park, Illinois on Monday.

On Tuesday, a GoFundMe was set up to help raise money for Aiden and his extended family, who will now have to care for him. Donations have since reached nearly $2 million.

"In the aftermath of the Highland Park, IL shootings on July 4, the North Shore community rallied to help a boy who we knew nothing about," wrote Irina Colon, organizer of the fundraiser. "We took him to safety under tragic circumstances, came together to locate his grandparents, and prayed for the safety of his family."

"At two years old," she continued, "Aiden is left in the unthinkable position; to grow up without his parents."

Colon went on to explain that Aiden is "surrounded by a community of friends and extended family that will embrace him with love, and any means available to ensure he has everything he needs as he grows."

"On behalf of his family, and with their permission," she concluded, "I am establishing this fundraiser to support him and the caregivers who will be tasked with raising, caring for, and supporting Aiden as he and his support system embark on this unexpected journey."

Irina and Kevin McCarthy were two of the seven people killed after a gunman opened fire on the parade in Highland Park, unloading nearly seventy rounds.

The suspect, Robert Crimo, has since been charged with seven counts of first degree murder, however Lake County State's Attorney Eric Rinehart said on Tuesday that he is likely to face further charges.