Support for every candidate had remained stagnant since the last survey taken in mid-June, except Poilievre, whose support grew by 4 percentage points. 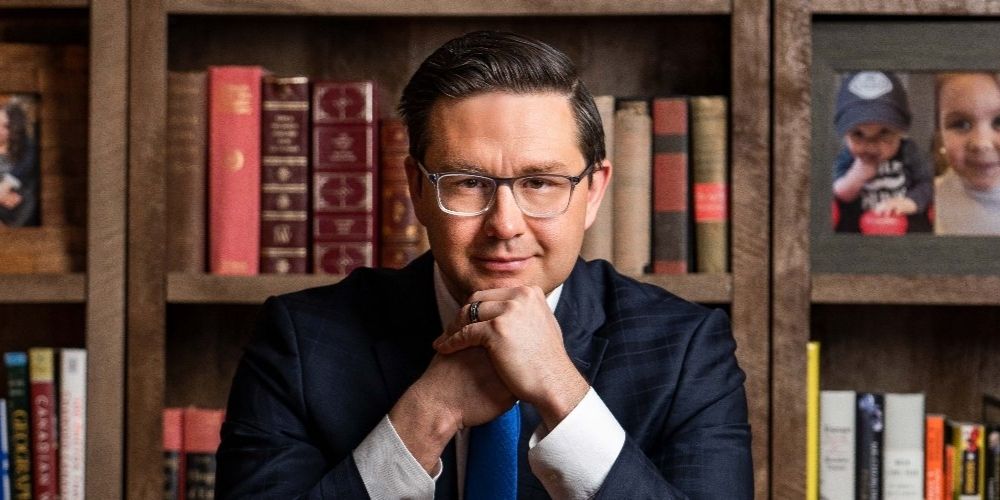 As the Conservative Party leadership election looms near, candidates are busy vying for support.

According to a new poll conducted by Postmedia-Léger, nearly half of Conservative Party supporters say Pierre Poilievre is their top choice.

"Based on what you know or have heard so far," respondents were asked, "which of these individuals do you feel would make the best leader for the Conservative Party?"

The poll was conducted prior to Patrick Brown's disqualification, however with only 4 percent of the vote, his departure does not drastically impact the results.

Poilievre received 48 percent of the vote. The next largest cohort, 26 percent, said they were "undecided," and 14 percent put their support behind Jean Charest.

As the National Post reports, Leger's executive vice-president Andrew Enns noted that support for every candidate had remained stagnant since the last survey taken in mid-June, except Poilievre, who gained 4 percent.

"These are not the opinions of strictly voting members," Enns added, suggesting it's "hard not to envision who wont do well with members when he is this strong with supporters."

Poilievre has become increasingly popular not only among voters, but with members of parliament as well.

On July 4, Poilievre announced that he had gained the endorsements of sixty Conservative MPs, a majority of those in the party.

The majority of Poilievre's support comes from MPs representing ridings in western provinces, a testament to his commitment to bring back confidence in Ottawa to the region.

In contrast, the majority of Jean Charest's support comes from Ontario and Quebec MPs.

The Conservative Party leadership election is set to take place on September 10, at which point Erin O'Toole's successor will be announced.