"To the workers at SPOTIFY, I say Daniel Ek is your big problem - not Joe Rogan. Ek pulls the strings. Get out of that place before it eats up your soul." 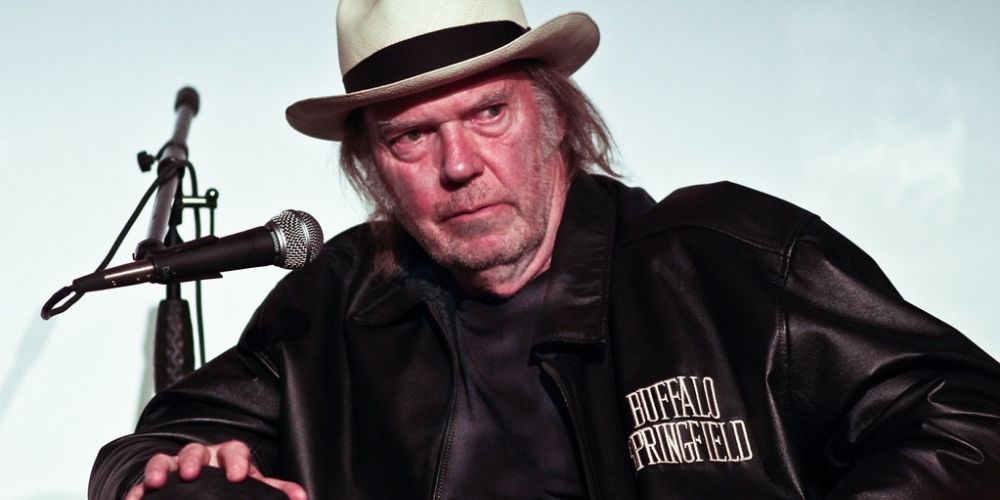 On Monday, Canadian musician Neil Young, who removed his music from Spotify after criticizing the platform for hosting The Joe Rogan Experience podcast, issued a message to those who work for the audio streaming service, telling them to quit their jobs.

"To the workers at SPOTIFY, I say Daniel Ek is your big problem - not Joe Rogan. Ek pulls the strings. Get out of that place before it eats up your soul. The only goals stated by EK are about numbers - not art, not creativity," a statement on Young’s website reads.

"Notice that EK never mentions the Medical Professionals who started this conversation. Look, one last time - at the statements EK has made. Then be free and take the good path," he added.

Over the weekend, Ek issued a memo to Spotify employees stating that he was "deeply sorry" for the way Joe Rogan’s podcast has affected them.

"There are no words I can say to adequately convey how deeply sorry I am for the way The Joe Rogan Experience controversy continues to impact each of you. Not only are some of Joe Rogan’s comments incredibly hurtful – I want to make clear that they do not represent the values of this company."

However, Ek added that he does not plan to remove The Joe Rogan Experience from the streaming platform.

"While I strongly condemn what Joe has said and I agree with his decision to remove past episodes from our platform, I realize some will want more. I want to make one point very clear – I do not believe that silencing Joe is the answer."

Ek continued by saying, "...canceling voices is a slippery slope."

In the memo, Ek said that the company will make an "…incremental investment of $100 million for the licensing, development, and marketing of music (artists and songwriters) and audio content from historically marginalized groups. This will dramatically increase our efforts in these areas."

In Young’s letter, he also took aim at creators that put their work on Spotify.

"To the musicians and creators in the world, I say this: You must be able to find a better place than SPOTIFY to be the home of your art."

"I am doing this because Spotify is spreading fake information about vaccines – potentially causing death to those who believe the disinformation being spread by them, Please act on this immediately today and keep me informed of the time schedule."

"With an estimated 11 million listeners per episode, JRE, which is hosted exclusively on Spotify, is the world’s largest podcast and has tremendous influence. Spotify has a responsibility to mitigate the spread of misinformation on its platform, though the company presently has no misinformation policy," he concluded.

Shortly after the letter was posted and subsequently removed, Young’s music was removed from he platform.

Young’s letter also urged his followers to move their money from banks that are contributing to the "mass fossil fuel destruction of Earth."

"In our communication age, disinformation is the problem. Ditch the misinformers. Find a good clean place to support with your monthly checks. You have the real power. Use it," he wrote.

"To the baby boomers, I say 70 percent of the country’s financial assets are in your hands compared with just about 5 percent for millennials. You and I need to lead. In our age of Climate Chaos, I say ditch the companies contributing to the mass fossil fuel destruction of Earth," he added.

Young urged his followers to remove their money from Chase, Citi, Bank of America, and Wells Fargo, "for their continued funding of the fossil fuel damage even as the global temperature keeps climbing."